Mergers and Acquisitions: What Happens After the Announcement?

Mergers and acquisition deals can take over headlines, shake up stock prices, and inject a pulse of excitement into relatively quiet industries. 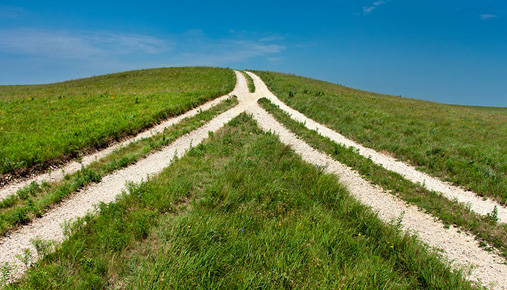 After months of negotiations, Germany-based Bayer reached a deal last month to acquire Monsanto after upping its offer to $66 billion. The all-cash offer of $128 per share is a substantial premium over Monsanto’s Tuesday September 13th  close of $106.10.

Monsanto shares were up just under 1% following the announcement, possibly reflecting doubts the deal will be finalized. Bayer plans on financing the acquisition using its cash reserves and issuing dollar-denominated debt. The acquisition will most likely need to overcome significant regulatory hurdles prior to its expected close at the end of 2017. The deal comes in the wake of DuPont and Dow Chemical’s proposed $122 billion merger where the two companies plan to split into three separate entities.

Let’s take a closer look at what typically happens after mergers and acquisitions are announced and how it could impact your trading.

What Happens When Deals Are Announced

While it’s never a good idea to trade solely based on rumors and speculation,  there still could be potential trading opportunities.  When a deal is announced, the acquiring company’s stock price often declines, while the target company’s stock price often rises. The more confident the market is in the deal being finalized, the closer the stock price of the acquisition target will move to the proposed deal’s price. The length of time before the deal is finalized also influences how close the acquisition target trades to the deal price.

In the case of Bayer’s acquisition of Monsanto, there are concerns over the deal passing regulatory hurdles and a significant amount of time before it is expected to close, resulting in Monsanto’s shares trading at a significant discount to the $128 per share acquisition price.  Also consider if another suitor appears and bids on the target company, or if the current acquiring company the only one interested.  These two scenarios may help strengthen or disband uncertainty, and the higher the risk and uncertainty of the deal being finalized, the greater the potential reward for the opportunistic trader.

Mergers and acquisitions are financed through cash, stock, debt or some combination of the three. If a company doesn’t have enough cash or stock to cover the costs, it usually sells bonds or issues shares to raise the capital necessary. This can cause several things to occur. Concerns over the acquiring company’s ability to finance the deal can lead to the target company’s stock price trading at a greater discount to the deal price.

If a substantial amount of shares need to be issued by the acquiring company, concerns over potential dilution to its earnings could drive the stock lower. In all-cash deals, there is usually less concern over the acquiring company’s ability to finance the acquisition depending on the size of its cash reserves, credit rating, and current levels of debt.

Cross-border mergers and acquisitions funded with cash can have a large impact on forex (FX) markets. When a foreign company is acquiring a US company, or vice-versa, the cross-border cash flows can move the exchange rates between the acquiring company and its target. The study, FX Impact of Cross-border M&A, determined large deals can lead to an average 1% increase in the target’s currency relative to the acquirers’ currency.

With any trade, there are always inherent risks. Trading companies involved in mergers and acquisitions could result in a substantial profit, or a substantial loss, in a short timeframe. However, do not think that things are mispriced, companies and analysts spend hours upon hours analyzing every aspect of the deal.  Make sure to do your research, and that you assess the risk before making a decision.

TD Ameritrade® commentary for educational purposes only. Past performance is no guarantee of future results or investment success. Member SIPC.