Trading Strategies: How To Trade Presidents

The market doesn't care who becomes president, and savvy traders don’t care about predictions—just results. Prepare yourself for either scenario. 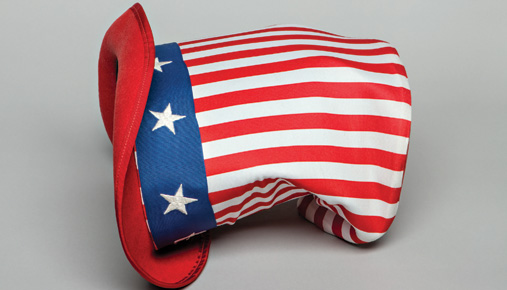 Unless you’ve been hiding under a rock for the past year, you’ve probably heard, read, or participated in some heated discussions about the 2016 U.S. presidential elections. As an engaged trader or investor, you’re naturally listening for cues about what the market might do in 2017.

People may argue up and down about policy, personality, and party, but markets are forward-looking and generally anticipate what might happen in the future. Washington is slow, while markets operate in real time. Just like traders. That’s why we wanted to help you cut through some of the political noise and stay focused on your investment decisions and what really matters.

Some people argue the Dems might be better for the market or the economy. Some argue it’s the Republicans. So we wanted to take a look at the data to see if there is anything investors and traders could use from the two competing perspectives.

Looking at a simple, average annual return, that’s true. But does that mean you should only buy stocks when a Democrat’s in office?

Let’s pose a second question: Why, in fact, does the S&P 500 have higher annual returns when a Democrat is in office? Over the past roughly 35 years, the market has seen some pretty big drops. After the 1987 crash, the S&P 500 rallied to end 1987 slightly higher.

And 2008 saw another big crash in the last quarter of the year—the final months of a Republican presidency. Now, you might argue that the Republican president was partly to blame for the crisis. But politics aside, who could have predicted with any certainty that the crash was coming? If it had happened a few months later when a Democrat was running things, the average annual returns under a Democrat would have dropped dramatically.

So, do the Dems really create less vol? Not so fast. Again, that difference in standard deviation would largely disappear if a catastrophic event happened a few months later.

In point of fact, the 2008 crash happened when it did. You can’t change history. But be careful about assuming that under a Democratic president, the S&P 500 will have an annual return four times higher, and with lower vol, than a Republican administration. On the other hand, the S&P 500 has grown by a factor of 271 from 1981 to 2015, not including dividends. When a Democrat was in power during that time, it grew 185 times. So if you had only invested when a Democrat was running the show, you would have missed out on over 30% of the S&P 500’s growth.

You could certainly run this sort of analysis over a longer time frame, and also factor in which party controls Congress, or any other interesting variable. But keep in mind that what happened in the past is no indication of what could happen in the future.

Perhaps the party that takes the White House isn’t necessarily a great market indicator. But many assume one party would consistently have greater economic growth. Again, let’s review the data.

Like S&P 500 data, different time periods for GDP can yield different results. Also, Fed policy during those times could have been a bigger factor in GDP growth than, say, the presidency. So, trying to predict economic growth based on who’s sleeping in the White House isn’t necessarily more certain than the S&P 500’s annual growth.

It's All In the Vol

Ultimately, taking a bullish or bearish market stance based on the outcome of an election might not be the soundest strategy. Overall, presidential elections often have little direct influence on all the things that can drive stocks higher or lower—earnings, interest rates, oil prices, the performance of the dollar, new technology, and so on. More to the point, Congress—which can change laws and strengthen or ease regulations—could in fact have a greater influence. But even there, the market might not interpret those changes in the way an investor might predict. So if presidents and political parties matter less than the market, what should you pay attention to?

Nothing’s in stone. But in general, the market often cares about, and reacts to, the perceived uncertainty surrounding things like real economic data, the Fed, and earnings—not which way the market will go next. And that uncertainty gets expressed in the markets as implied volatility. The market, as you know, is in some sense a collective “opinion” of what might happen. So, if the market expects a particular administration to cause a lot of future uncertainty, implied vol will likely rise. If the market anticipates that a particular administration will “stay the course” without few surprises, implied vol will likely drop.

In the long run, it might be better to consider cues from the market (i.e., implied volatility) rather than from Washington. Traders and investors in general often don’t care who gets elected (beyond personal preference). But they do care about what the market anticipates. If implied vol moves higher, option premiums tend to move higher, too, all other things being equal. And that can mean higher positive time decay for certain strategies.

Does all this mean you shouldn’t keep an eye on Washington? Of course not. For example, is Congress going to vote on new regulations on fracking? Probably. In that case, take a look at the implied vol and/or prices of the stocks that have exposure to natural gas. That could be a potential trade opportunity.

How about a trade deal that increases technology exports? Take a look at the implied volatility for tech stocks and consider the following strategies that align with your inner charting genius.

If implied vol is high:

If implied vol is low:

In a word, let implied vol help guide your strategy choice for the bullish, bearish, or neutral bias that you might get from the slug-fest unfolding in our nation’s capital.

When it comes to investing, the reality is that politicians can have less impact on the market than they think they do. That’s why it’s less important to worry about which party will prevail, and more important to keep your eye on the market, because it’s up to you—not Washington—to make informed trading decisions.

The cash secured put strategy risks purchasing the corresponding stock at the strike price when the market price of the stock will likely be lower. The covered call strategy can limit the upside potential of the underlying stock position, as the stock would likely be called away in the event of substantial stock price increase.

Spreads, Straddles, and other multiple-leg option strategies can entail substantial transaction costs, including multiple commissions, which may impact any potential return. These are advanced option strategies and often involve greater risk, and more complex risk, than basic options trades.