Ready to explore frontier markets? Africa’s rich resources and young working-age population puts it on a growth path that could outrun the rest of the world. 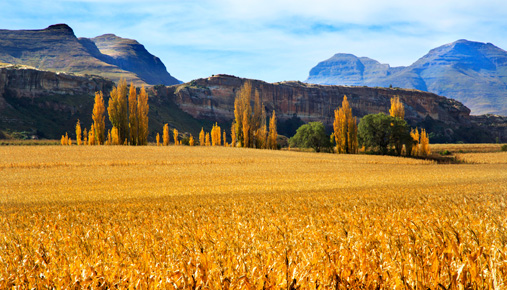 Editor’s note: Africa is the sixth stop in a seven-part tour of each continent’s economic and market outlook. Read our coverage of Europe, South America, Asia, and Australia, plus our North American focus on Canada.

Until a penguin farm in Antarctica gets its IPO, there's only one investing frontier left, and that's Africa. Of the 54 countries in the African Union, five have been elevated to emerging market status: Egypt, Mauritius, Morocco, Nigeria, and South Africa. The rest of the continent is considered a frontier market.

The investment thesis for Africa is simple: The continent is rich in resources, many of which are untapped, and the continent’s population is young. These factors are seen as driving domestic production. But they’re also what make Africa a desirable export market for U.S. companies, too.

The sheer physical size of Africa is hard to wrap your head around: combine the U.S., Europe, China, and India. The continent holds vast amounts of productive land used to grow food, which is largely exported to the growing middle classes in Brazil, India, China, and elsewhere. But agriculture is just a small part of the natural resources at play in Africa.

A bigger natural resources angle is mining. Africa holds significant reserves of bauxite, diamonds, phosphates, and other metals used in a wide range of industrial applications. The continent already produces significant amounts of aluminum, copper, iron ore, steel, and coal; again, all are in high demand in emerging economies including Brazil, India, and China.

But perhaps the most significant natural resources play in Africa is energy: petroleum, natural gas, and coal. These products are the main exports of about 14 African countries. And get this: the sum of oil production from these countries is about the same as Saudi Arabia or Russia, according to the CIA’s World Factbook. This makes Africa a significant player in the global energy market. Energy accounts for about half of all African exports.

Most analysts will argue that developing Africa’s natural resources is its most obvious way to transition to a more modern economy, build out infrastructure, and lift more of its people out of poverty, eventually growing a population of consumers to create domestic demand. Relying too heavily on exports, as Africa does now, is risky. Growth in emerging economies like Brazil, India, and China ebbs and flows, and that means demand for natural resources shifts, too. And the impact spreads. The slump in global commodities prices to multiyear lows over the past year resulted in steep losses across most African equities (figure 1).

But this is where Africa's young population could help transition the economy from export-driven to one in which domestic demand fuels self-sustaining economic growth. Unlike the aging populations in Japan, Europe, and the U.S., Africa is young. This is important because young people generally earn more and spend more than older people. To understand how hard-hitting the demographic story could be, consider this: The United Nations (U.N.) estimates Africa's population at about 1 billion today. The U.N. projects Africa's population to double by 2050 to 2 billion. That puts about 1.25 billion Africans in the working age population, more than the rest of the world combined. This is a staggering notion, one that some economists refer to as the "demographic dividend."

The play on Africa's demographics isn't going to take decades to unfold. It's happening right now. Africa is the world's fastest growing continental economy. Gross domestic product (GDP) grew by about 5.3% in 2013 and by about 5.0% in 2014. For 2015, GDP is expected to grow by about 4.5%. Declining growth rates in GDP in 2015 is generally a worldwide trend and not unique to Africa, which is expected to rebound in 2016, according to the International Monetary Fund (see figure 2). 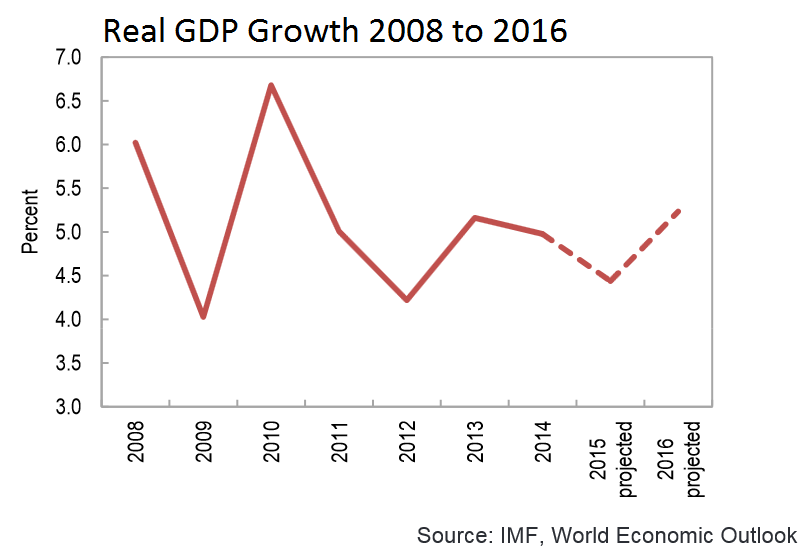 FIGURE 2: BACK ON TRACK? The International Monetary Fund (IMF) is forecasting Africa’s GDP to move back above 5% next year. This is enviable growth when compared with the rest of the world, and particularly the developed world. Consider the IMF’s forecast for world GDP in 2015 of 3.5%. The U.S. is expected to grow by 3.1%, and the eurozone is expected to limp along at a paltry 1.4%. Source: International Monetary Fund’s World Economic Outlook. For illustrative purposes only. Past performance does not guarantee future results.

Investing directly in African markets is difficult and risky. For starters, political risk in Africa can take many forms, such as well-publicized corruption at nearly all levels of government. There's a huge risk of political conflict, like the Arab Spring that started in Tunisia and Egypt in 2010–11 and then spread across the Middle East.

There are about two dozen stock exchanges in Africa. The biggest by far in terms of market capitalization are South Africa and Egypt, both of which total a little less than $100 billion USD. The next biggest African stock exchanges are in Morocco, Nigeria, and Kenya, which each have market capitalizations of a few billion U.S. dollars. In other words, they're tiny. Only the most sophisticated investors might try investing directly in these markets.

A more practical approach for many is investing in U.S.-based exchange-traded funds (ETFs) or mutual funds. With U.S.-based funds, there are a few approaches investors can take: country, broad-based, or regional.

Some investors focus on a less concentrated approach with a broad-based fund that invests across Africa. Such funds usually carry large allocations to South Africa, Egypt, and Nigeria, but also offer exposure to countries such as Morocco, Kenya, Tanzania, and Zambia. The broad-based African funds also include a number of companies from developed markets that derive a substantial proportion of revenues from operations in Africa. This could mean investing in companies from the U.K., Europe, Canada, and even the U.S. In other words, the broad-based African funds include a lot of non-African companies. Be sure to read a fund's prospectus before risking any money.

Some investors opt for a regional fund in the Middle East. These funds typically allocate a large portion of the portfolio to Middle Eastern countries and a small portion to African countries.

There are unique risks to all these funds; weigh them before investing. The most significant long-term risk can be the high fees associated with some of these funds. Additional risks include exchange-rate risks, the aforementioned political risks, and even exogenous events such as the recent Ebola outbreak.

Importantly, investing in Africa is considered by some investors as one way to fill an allocation to international markets. More precisely, investing in Africa is a way to express an allocation to emerging markets or frontier markets. Even the most aggressive asset allocation models typically allocate a small portion to emerging and frontier markets, something like 5% or so of an overall portfolio.

But if you're looking for a “risk-on” idea to fill an emerging markets allocation, or want to dig deeper into a growing market hungry for goods and services, you might take a closer look at Africa. It might just be the next China or India.

Carefully consider the investment objectives, risks, changes, and expenses of an exchange-traded fund before investing. A prospectus, obtained by calling 800-669-3900 FREE, contains this and other important information about an investment company. Read carefully before investing.

Brush up on the latest coverage and compare funds »
Print