Pumpkin or Pecan Pie: What State Do Your Investments Call Home?

Your choice of pecan pie over sweet potato might indicate what state your investments call “home.” 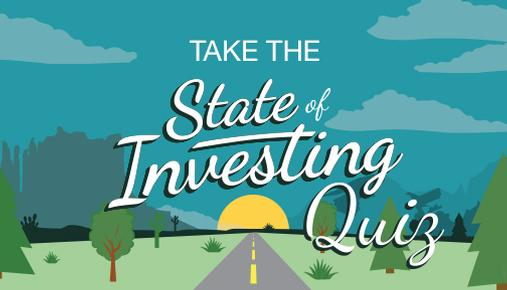 Does what side of the Mississippi you live on, whether you would prefer to have a beach house or a lake house, or think that a drizzle of honey makes everything a little more tasty, have anything to do with how you might invest your hard-earned money?

Perhaps so, according to the new TD Ameritrade “Find Your State of Investing” quiz, an interactive exercise of your preferences in investment sectors, corporate CEOs, and even your favorite sport. Using a roundup of the holdings of TD Ameritrade clients, the results show you which “state” your investments would call “home.”

As American as Apple Pie … or Strawberry Shortcake?

Our predilections about our surroundings, our tastes in dessert, and whether we’re prone to guzzle up oil and gas stocks appear to show that sometimes our investments are regional favorites.

Is it because we buy what we know or because certain states have a heavy population of employees who are likely to own the stock of the companies that employ them? Apple (AAPL) is a national favorite no matter what state you live in, and among TD Ameritrade clients, it’s the top holding in the vast majority of states. But not in Washington, where Amazon (AMZN) and Microsoft (MSFT) are based.

Berkshire Hathaway (BRK-A; BRK-B) cracks the the top five in a number of states, including its home state of Nebraska. Coincidence? Maybe. There’s also an Omaha-based brokerage firm (which you may have heard of) among Nebraska’s top five holdings.

“People are purchasing names that they know, and understand the products that company makes,” says Shawn Cruz, senior specialist, market structure at TD Ameritrade. “A place where the employee population is large is also a place where the companies are so much more visible than they might be in other areas.”

In Arkansas, Wal-Mart (WMT) is the top stock holding among TD Ameritrade clients. Of course, the retail behemoth is based there, but the area also houses the offices and homes of a number of the company’s biggest vendors and their executives.

Minnesota, which is headquarters to 33 of the top 1,000 publicly traded companies—3M (MMM), Target (TGT), General Mills (GIS), Best Buy (BBY), Hormel (HRL), and Valspar (VAL), to name a few—has only one Minnesota company, 3M, in the top five.

Exxon Mobil (XOM) joins the top five in several states, and is at No. 3 in Texas, where the nation’s largest refinery, Motiva Enterprises, also resides.

Cruz is quick to point out that, while there’s nothing wrong with supporting the home team, prudent investing should include diversification and due diligence. “As an investor, you don’t want to say that Colorado is my favorite state, so I’m going to buy all the stocks that are important to Colorado or reside there,” Cruz says. “You want to make sure you understand the nature of the businesses, and what the risks might involve.”

Want to see where your portfolio calls home? Take the State of Investing quiz for yourself and be sure to share your results.

Specific security names above are provided for illustrative and educational use only and are not a recommendation or solicitation by TD Ameritrade to trade a specific security.