Is the stock market overvalued or undervalued? Let’s take a look at the S&P 500’s valuation and the sectors that might offer investors value. 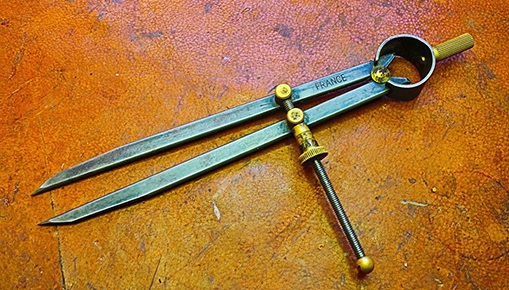 There’s no doubt it can be difficult to make investing decisions in today’s stock market. With major averages like the S&P 500 (SPX) trading near all-time highs and interest rates near all-time lows, some investors are wondering: Where’s the value in today’s market, and what are the risks with the SPX trading at such heights?

Investors might be asking these questions because of the steady rise in the SPX since the depths of the financial crisis dating back to March 2009. Back then, the SPX fell to a low of 666. Since then, it’s rallied all the way up to 2,177 through the end of July. And although there have been a couple of corrections along the way, for the most part, it’s been a steady rise (see figure 1).

The SPX has risen by about 227% from the low of the financial crisis in March 2009 of 666 to recent highs in July 2016 of 2,177. Data source: S&P. Image source: the TD Ameritrade thinkorswim® platform. For illustrative purposes only. Past performance does not guarantee future results.

With the SPX higher by about 1,500 points since 2009, is it overvalued? What are the risks after this seven-year bull market? Looking at the price of the SPX alone isn’t enough to answer these questions. This is where earnings need to be considered in relation to price when considering whether the market is overvalued, undervalued, or at fair value.

Value: It’s a Matter of Earnings

The relationship between earnings and price forms one of the most basic and widely used ratios to measure value: the price/earnings (PE) ratio. The numerator in this ratio is the price of the SPX. The denominator is earnings. In the case of a group of stocks, like the SPX, it’s the combined earnings of all companies in the index.

Generally, there are two different earnings figures available: actual and estimates. Actual earnings are reported by companies, and because the numbers come from the past, some investors say PE ratios based on actual earnings are “rear-looking.” In contrast, PE ratios based on earnings estimates are “forward-looking.” However, it’s important to realize that these estimates change as companies report new earnings every quarter.

You might be wondering: Which PE ratio should I use? It’s not really that one PE ratio is better than the other, but it’s important to understand the differences and identify how a given PE ratio is calculated when you’re doing this type of research.

Slicing the SPX by Sector

So now that you have a little more insight into PE ratios, let’s take another look at the SPX from a valuation perspective. We’ll also look at the 10 S&P sectors. And we’ll look at the PE ratios using actual and earnings estimates.

Let me give you some historical context for the SPX’s actual PE ratio, which, through late July, was at 24.9. The average actual PE ratio of the SPX, going back over 100 years, is about 15 to 16.

At the low end of the SPX’s historical PE range, actual PE ratios fell to single digits around 1920, 1950, and 1980. At the high end, during the peak of the dot-com bubble in 2000 and subsequent bust in the following years, the actual PE ratio rose to 46. The fallout from the financial crisis, and a sudden and sharp drop in earnings, caused the SPX’s actual PE ratio to briefly spike all the way up to 123 in 2009.

So, looking at the SPX’s recent actual PE of 24.9, and relating it to the long-term average of about 15 to 16, it’s understandable why some investors might be calling current valuations of the broader market into question. However, as we saw in the table above, there’s a wide range of valuations when looking at the SPX from a sector point of view. Arguably, some sectors might offer some value even when considering the SPX has been trading near all-time highs for most of the summer.

The takeaway is this: If you’re looking for value, start your search at the sector level. The valuations of the major averages, like the SPX, can be skewed by just a handful of sectors or even enormous stocks. But individual sectors might still offer some bargains.

Search for Value in Sector Candidates

Use Stock Screener to narrow selections based on valuations and more. Log in at tdameritrade.com > Research & Ideas > Screeners > Stocks

What Is a Stock Buyback? As an Investor, Should You Buy In? 4 min read Seeking a Big-Picture View of the Economy? Industrial Production & Capacity Utilization 4 min read Slice and Serve: What Is a Stock Split & Why Do Stocks Split? 6 min read