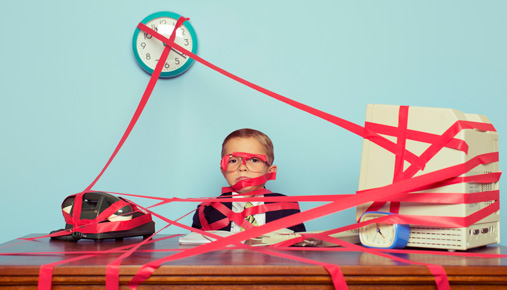 Editor’s note: This is the third in a three-part series on economic drivers that extend beyond short-term data. As we strip the U.S. economy down to its studs, we examine hidden cracks and potentially untapped investing opportunities. This installment follows challenges in transportation infrastructure in part 1 and the shuffle for cloud computing technology in part 2.

It’s a tale of two economies: a nation of skilled labor and unskilled. At root is the notion that the U.S.—whose workforce-age population is shrinking—has become a league of over-achievers who have no interest in expending sweat as traditional “laborers.” But there are also plenty of folks missing the skills needed to fill gaping holes in technology, data science, and similar fields.

The result: tens of thousands, even millions of paychecks that will never be earned because of the so-called “skills shortage,” a phrase that has come to symbolize a nation whose economic engines, already operating on fewer cylinders, could crack because there aren’t enough able-bodied and able-minded people to take on the jobs needed to operate at full throttle.

In some cases, it's a matter of lagging wage incentives, the researchers say. Other factors include a post-secondary education system that's so catered toward university degrees it's leading to an undersupply of skilled tradespeople. Lastly, the U.S. workforce has increasingly gotten away from in-house training and investing in the longer-term re-education of its employees.

For certain, skilled labor shortage is a crimp on corporate profitability. The Manufacturing Institute’s bleakest picture of the economic impact projects that companies surrender $14,000 on average in annual earnings per open position that goes unfilled. Multiply that by, say, 50 jobs and the bottom line is nicked $700,000; 500 jobs equals $7 million; 2 million jobs and we’re talking $28 billion. You get the magnitude of the problem.

Fear of Fact or Fiction?

The frenzied debate, which drills down on education policy and immigration, has been waged for years, approaching decades, and is still very much alive today. The bigger question may be: Is there a skills shortage or a skills discrepancy?

Peter Cappelli, writing in a working paper for the National Bureau of Economic Research, doesn’t believe the hype about a skills shortage. “The prevailing situation in the U.S. labor market, as in most developed economies, continues to be skill mismatches where the average worker and job candidate have more education than their current job requires,” says Cappelli, the director for the Center of Human Resources at the University of Pennsylvania’s Wharton School of Business.

That addresses two issues. On one hand, some candidates have too much education for low-skilled jobs. On the other, an appropriate education level may still not have equipped them with the right tools for the available jobs. You can have a Ph.D. in mathematics, but that doesn’t automatically mean you can crunch unstructured data.

A skills shortage is a scarcity of people with certain abilities available to take vacant jobs at a variety of levels. It’s mainly a “people quotient.”

A skills discrepancy is a mismatch of the attributes of job seekers to the attributes employers require. The Chicago Federal Reserve says mismatches become a structural issue to unemployment, meaning a societal shift that cannot be altered by monetary policy or short-term economic tinkering.

The U.S. has problems with both skills definitions in a swelling glut of low-skilled jobs and undersupply of available, or willing, workers. The Bureau of Labor Statistics (BLS) estimates that by 2022 we will need 3 million additional workers to fill the least-skilled jobs—those that don’t require a high school diploma. But if projections hold, there won’t be enough Americans participating in the workforce for any skill level. The BLS projects that the total number of new U.S. workers ages 25 to 54 in the workforce between 2012 and 2022 will grow by only 1.9 million. The number of new workers 16 to 24 years old—who are mostly now in elementary school—will actually drop by 2.8 million in 2022.

Skilled workers are presumed able to perform certain jobs. They can be so-called white collar and blue collar workers, but with advanced degrees, post-secondary schooling such as a technical college, or unique training. Their jobs generally require complicated tasks or abstract thinking. Doctors and lawyers are easy examples, but so are chefs, police officers, and computer technicians.

There’s also a level called semi- or mid-skilled labor that requires some skills but not highly specialized training—jobs like truck driving, waiting tables, or customer service.

Reports from the Ground

There are reams of studies that corroborate that the skills shortage is very real indeed.

ManpowerGroup, a human resources consultancy and employment placement firm, has canvassed global businesses for its annual Talent Shortage Survey over the last decade, and the results inch up most years, hitting a seven-year peak in the 2015 study. Of the 41,000 employers polled worldwide, 38% said they are struggling to fill jobs; in the U.S., it’s at 32%. (The highest amount over 10 years has been in 2007, when 41% of employers said they couldn’t find enough skilled labor to fill jobs. It doesn’t indicate whether there wasn’t enough skilled labor or if companies couldn’t find it because they weren’t looking.)

The toughest positions to fill are skilled trades, which took the No. 1 spot for the fourth straight year, according to ManpowerGroup’s results.

Why can’t these jobs be filled? Lack of available applicants.

That doesn’t directly indicate a talent shortage, but does underscore something we’ve all known for years: the population is aging, and the upstarts who have recently jumped in or will soon join the labor pool simply don’t want to be in the “skilled trades” to the degree that their parents and grandparents did, even though the sector is aggressively seeking highly educated employees.

So it turns out that we have a double whammy in employment—a people and a talent shortage.

But manufacturing has a bad rap as a gritty job in a rough environment, the MI acknowledges, and partly because its requirements have gotten tougher. The group projects that 3.4 million jobs will need to be filled over the next 10 years, and 84% of manufacturing executives agree there is a people shortage. Baby-boomer retirements alone will open 2.7 million of those jobs, and economic expansion will create another 700,000. But get this: 2 million factory jobs won’t get filled because of a skills gap, mostly technical.

“Nearly all of the jobs that were unskilled or semi-skilled have either been automated out of existence or moved offshore in search of cheaper labor,” said Gardner Carrick, vice president of strategic initiatives at the Manufacturing Institute. “The jobs that are remaining in manufacturing are really focused on operating, maintaining, or programming the machines that are doing a lot of the actual manual labor and hard work that used to be done by human beings.”

That means workers with manufacturing skills like engineering, skilled trades, and production are “critical to the future competitiveness of companies and the industry as a whole,” according to the MI.

Who Can Generate Change?

Typically this starts the argument that educational systems and the government should step in to bridge the financial gap by creating training programs. Universities, in some instances, are working on it. Some 30 new data-science programs have popped up in North America, for example, to help fill the colossal need for specialists.

Still, the lack of employer commitment makes Wharton’s Cappelli nervous for the future. “Employers are no longer willing to train their employees or raise salaries to draw higher skills. They instead want to be able to hire people with exactly the right skills, and on the cheap,” he says.

For its part, MI encourages manufacturing companies to take the lead in managing the talent crisis with new strategies, such as community outreach to attract and keep workers as well as stepping up efforts to quash the perception of dirty and accident-prone workplaces. It’s pushing for better workforce planning and on-the-job skill building.

A mindset change here could be pivotal across the economy. Remember that a healthy manufacturing industry creates 2.5 jobs for each filled position. And many of those are unskilled jobs, some needed to support the manufacturing workers themselves, who need babysitters, house cleaners, and snow removers. Who will fill those jobs?

This is where the discussion about immigration policy joins the question of what’s next for growing the U.S. workforce. And, economists argue, immigration may well be the genesis for filling shortages, skilled and unskilled.

But that’s a topic whose scope feeds its own debate. It’s why Corporate America will increasingly play a role in the political and financial quandary surrounding immigration policies. As we’ve made clear, it matters for the bottom line.

TD Ameritrade’s JJ Kinahan watches the job market with a stock trader’s eye, including the monthly payrolls report and the JOLTS. Learn more ...