Are Some Stocks Stuck in the Economy's Secular Stagnation?

Economists and investors toss around the term “secular stagnation” to describe the below-trend slow-growth economy. 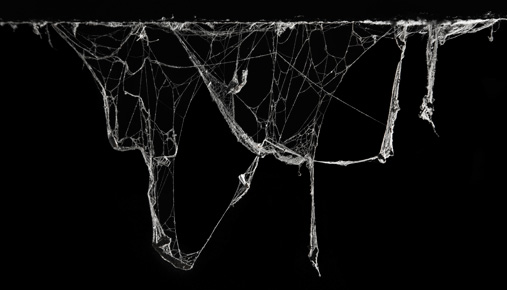 Worries and debate about so-called “secular stagnation” have rippled through the economic community in recent years as the U.S. growth rate has registered well below historic averages. Although growth has been slow, economists still say the overall expansion is healthy. Investors simply may have to rethink what “growth” has meant with past expansions.

The term secular stagnation has its roots in the 1930s, but was re-popularized by former U.S. Treasury Secretary Lawrence Summers beginning in 2013, and has been hotly deliberated this year. The phrase conjures images of an economy that’s just limping along, and some economists say recent performance fits that bill.

As of September, this U.S. expansion cycle is 75 months old, but for many, it feels like the recovery phase never really got going. Many consumers still have a debt hangover from the recession that began in 2008. The slow-growth environment of the last several years, coupled with stagnant wage growth, has left many Americans cautious. A dramatic drop in gasoline prices typically spurs spending, but most consumers pocketed that savings through the first half of the year.

And Secular Stagnation Is What?

There’s no single definition for secular stagnation, but it generally includes low growth, low inflation, and long-term low interest rates. In its simplest terms, it’s an extended period of below-average growth, says Bill O'Grady, chief market strategist at Confluence Investment Management. O'Grady crunched historical U.S. gross domestic product (GDP) data back to 1900 and tracked growth rate trends of 3.5% over the last 10-plus decades. "There have been only two periods in the past 115 years where we have seen growth well below trend—now and the 1930s," O'Grady says.

The last recession officially ended in June 2009, but GDP growth has averaged only 2.1% since then, says Ryan Sweet, director of real-time economics at Moody's Analytics. His firm forecasts a 2.4% GDP rate for 2015.

Nearly two-thirds of the U.S. economy is driven by consumer spending, but consumers have been cautious with their wallets. Many are still burdened with heavy debt, including credit card, mortgage, and student loan balances.

The numbers tell the story. Private-sector debt peaked at 176.1% of GDP in April 2009 and has since fallen to 151% as of the first quarter of 2015, O'Grady says. Compare that with what happened in the 1930s when the Federal Reserve tightened interest rates that forced catastrophic bankruptcies and debt liquidations. Private-sector debt peaked at 128.5% of GDP in June 1932 and dove to 33.1% by January 1945, according to O'Grady's data. No one wanted to go down that path again.

"Households are still carrying too much debt and they don't feel comfortable with the debt they are carrying,” he adds. “There is some magic level of debt when households say, ‘OK, I can spend again,’ but no one knows where that magic level is. Until we get this debt situation fixed, we will get really slow growth."

For stock investors, a slow-growth environment may not be a reason for sleepless nights, says Cary Leahey, senior advisor and chief U.S. economist at Decision Economics. "If you get some growth, you get some earnings," he says.

O’Grady agrees. "Rarely have we had any serious inflation problems develop when growth is this slow. Also, low interest rates mean equities are more attractive," he adds. Indeed, your return on stock market advances can easily trump savings rate gains.

Most economists running the numbers say the next recession could still be years away, which is positive for the stock market. Generally, the stock market peaks six months before the economy turns, Leahey says.

Although growth has been slow, economists still say the overall expansion is healthy. "There is no evidence we are running into supply constraints,” says Moody’s Sweet. “We don't have labor shortages. This expansion is aging really well. If I had to guess, it will probably end in 2019 or 2020."

Expansion cycles have swollen in recent decades. The three expansions prior to the last recession averaged 95 months, which is far longer than the 58-month average for all expansions since 1945, Sweet says. "The transition from manufacturing to [a] service economy has contributed to longer expansions,” he says. “Services are more stable."

Although consumers may be impatient for stronger wage growth, improvement in the housing market, and an even stronger job environment, for now, slow growth remains a positive recipe for stock market returns, analysts say, even with the recent volatility.

"While it is bad news the economy hasn't grown very rapidly, it hasn't generated much inflation,” Leahey says. “Stock market gains will not be robust, but they will generate single-digit returns, which will appear attractive to bond market returns."

TD Ameritrade clients are privy to a stable of third-party analyst research that covers a range of sectors and markets.

Third-party research and tools are obtained from companies not affiliated with TD Ameritrade, and are provided for informational purposes only. While the information is deemed reliable, TD Ameritrade does not guarantee its accuracy, completeness, or suitability for any purpose, and makes no warranties with respect to the results to be obtained from its use. Please consult other sources of information and consider your individual financial position and goals before making an independent investment decision. Past performance does not guarantee future results.