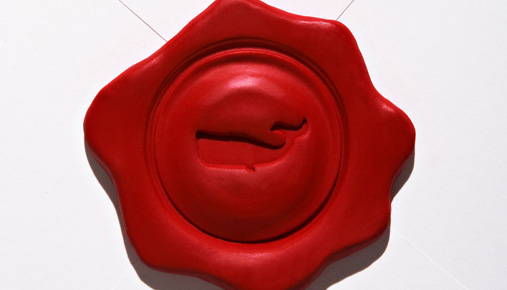 Sometimes managing risk and finding investment opportunities is simply about following the money. The secret might be tracing institutional activities through a little-known SEC filing.

In the vast ocean that is the Internet, investors looking for the biggest players in the market can go to the Securities & Exchange Commission (SEC) website. And to find out what institutional investors such as hedge funds, pension funds, and others have been up to in terms of stock holdings, you’ll find it in the form known as “13F.” It’s a handy little report filed quarterly by such institutions with more than $100 million in section 13F securities. Investments include stocks on the New York Stock Exchange (NYSE) and Nasdaq, in addition to certain convertible debt securities.

Setting The Hook (Or Harpoon)

A full-text search on the SEC’s Electronic Data Gathering, Analysis, and Retrieval (EDGAR) system allows anyone to type in a request for 13F. (See the sidebar for exact steps.) To find the filings of a particular money manager, enter the manager’s name in the “Search For Text” box and select 13FHR in the form type box.

Say you wanted to see the portfolio for Warren Buffett of Berkshire Hathaway Inc. What you’ll find is a report from the company, which is actually signed by another senior executive with the firm. Each form lists the stocks which the manager, or the institutional investment managers connected to the firm, own, the class of every stock, the number of shares owned, and total market value of each holding, as of the end of the quarter. In this case, the Berkshire Hathaway 13F-HR filing lists 21 managers. Warren Buffett’s name appears at number 5, amid a host of other company names associated with Berkshire Hathaway—such as GEICO Corp.

The beauty of these reports comes when you compare quarterly report to quarterly report. Did a fund manager increase or decrease holdings in a certain quarter? How did such holdings perform? Managers have 45 days after the end of each quarter to submit their 13F, so these forms are more useful for tracking long-term positions than catching short-term trends. The drawback of this strategy is that it looks backward, and there may be legitimate personal reasons for a holdings decline. Above all, look for a trend along all the executives’ holdings, not just one or two.

Take Buffet, for example. His firm’s 13F filing from November 14, 2011 revealed that Berkshire Hathaway decreased its holding in an international food corporation by about 10 million shares in the third quarter. You can determine this easily by comparing the “Shares or Principal Amount” column with the prior quarterly report, which in this case was filed on August 15, 2011. In addition, the November 15 report also showed Berkshire Hathaway’s new $10 billion investment in a global technology company.

Again, that doesn’t mean you should run out and buy those same stocks. But it does indicate a shift in a large investor’s portfolio, which can provide some valuable market information. From there, you can take a closer look at those stocks, examine the fundamentals, and determine if such companies are worth an investment.

Some 13F reports will also include option holdings. But the form doesn’t show other positions in bonds or derivatives. So, the activity shown may be only one part in a much larger trading strategy. Still, even with just this information, you get data—lots and lots of data. There is also a 13D/G filing that must be filed when 5% or more of the shares of a company are acquired. Market watchers point out, however, that if the position is large enough, the information contained in the 13D/G reports will also show up in a 13F form.

Maz Jadallah is CEO of AlphaClone, a San Francisco-based research and investment management firm that uses 13F forms to derive hedge-fund portfolios and back-test them over 11 years. According to Jadallah, when you invest based on 13F filings, it matters a great deal who you follow.

Jadallah’s service watches managers who trade using fundamentals, because these market participants are not interested in fleeting arbitrage strategies that simply exploit the price gap between buying and selling shares. Some investors may benefit most in following hedge fund public disclosures. Why? First, managers have 45 days after the end of each quarter to submit their 13F, while the average holding period of a stock is about one year. “This is a lot longer than most people think,” Jadallah says. While traders may seek such information earlier, a long-term investing approach may require a different time horizon. And if you’re following a large fund manager’s activity that focuses on long-term discipline that could take a year or more to unfold, the 13F filings could provide you with a clue about what they’re thinking. He also suggests retail traders watch the 13F focus on filers’ largest positions, and largest new positions. It’s these positions that reflect a manager’s highest conviction, he says.

Richard Sias, Tyler Family Chair, Department of Finance at the University of Arizona, notes 13Fs can be difficult data to look at in aggregate because there are so many 13F investors. In the third quarter of 2011 alone, there were over 3,000 13F filings for institutional players indicating the purchases of Apple shares. He also says there is little evidence institutions, as a group, beat the markets.

Coming Back To Dock

Taking a closer look at the broader figures, there seems to be a certain pack behavior on the part of hedge funds. The 13Fs showed funds bought shares of credit-card companies in large quantities into early 2010. However, when bad news reached the financial sector in May of that year, many funds—including hedge funds run by investors connected to the well-known Tiger Management LLC—exited positions, and did so almost simultaneously. The result was a plunge in related stock prices. Just knowing this type of behavior exists can be valuable for most investors.

Institutional investors tend to be momentum traders, focused increasingly on the same stocks following each other in and out of the same company shares. But this isn’t necessarily detrimental to the market. “If they are pushing prices where they should be, they are actually making markets better,” Sias says.

Jadallah agrees the hedge-fund pack isn’t necessarily a bad thing for the market. “The concern is that when they pile out, the little guy gets hurt,” Jadallah says, noting that this has been infrequent. “If it were a problem, we wouldn’t be able to perform the way we perform. We could not have built our business around this.”

Through all of this, it’s important to remember that even the best hedge fund managers also make mistakes. Bill Gross, manager of the world’s biggest mutual fund PIMCO, apologized in October 2011 to his investors for a poor performance of the firm’s Total Return Bond fund. In an open letter posted on PIMCO’s website under the heading “Mea Culpa,” Gross wrote that he had underestimated the contagion effect from the Europe debt crisis and the U.S. debt-ceiling debacle. “I’m just having a bad year,” Gross wrote.

You just want to make sure that a fund’s bad year doesn’t become your bad year. Happy hunting.

Specific companies appearing in examples are not recommendations.

TD Ameritrade, Inc. and all third-parties are separate unaffiliated companies and are not responsible for each other’s services or policies.