Can You Protect Your Portfolio from Seasonal Trends?

Many have heard of “sell in May and go away.” What other seasonal factors, both well known and obscure, are out there and perhaps moving the markets? 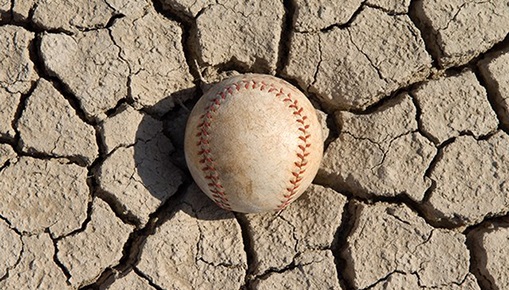 Many investors have heard of the “Santa Claus Rally” and “Sell in May and Go Away.” And there seems to be some evidence behind these seasonal patterns.

While those seasonal effects are widely known, what are some of the more obscure seasonal factors that may affect the markets?

Some experienced market hands believe baseball’s World Series, played in late October, often represents the right time to buy SPX stocks. They cite historical data showing that markets tend to rise starting around the first game of the Fall Classic. That goes along closely with historical returns being better in the winter and spring, as seen above.

But it’s also worth noting that some of the most volatile and destructive markets ever have occurred in October, including the market crashes of 1929, 1987 and 2008. In fact, 1987’s “Black Monday,” in which U.S. stocks lost 22% in a single day, occurred just two days after the start of the World Series between the Minnesota Twins and St. Louis Cardinals.

The lesson here, to borrow a baseball saying, is to “Keep an eye on the ball.” World Series effect or not, stocks often move sharply in October, one way or the other.  “And no matter what sport is in season, you should be sure to pay regular attention to your investments,’ adds JJ Kinahan, Chief Market Strategist, TD Ameritrade.

Cold Consumers and the “January Effect”

Many industries related to consumer consumption have relatively low winter returns, simply because consumers are less likely to go shopping in inclement weather, notes a 2013 paper written jointly by the University of Chicago Booth School of Business and the Aalto University School of Business. On the other hand, utility and energy stocks can flare up in the summer months, when more people are driving and turning on their air conditioners.

Then there’s the so-called “January effect,” in which smaller-cap stocks tend to outperform their blue-chip brethren the first month of the year. In January, the theory goes, investors buy back the smaller-cap stocks they sold at a loss for tax purposes in December, giving small caps a boost. However, the effect hasn’t been as pronounced in recent years, possibly because the markets recognized the phenomenon and it got priced in.

While January can be a “hot” month, September has historically been among the weakest times of year for stocks. That may have to do with decisions made by large portfolio managers, who tend to own a heavy portion of shares and can influence markets through their actions.

“A lot of mutual fund companies have fiscal years that end in October,” says Sam Stovall, Managing Director, U.S. Equity Strategist, S&P Global Market Intelligence. “So if their stocks miss in Q1, they have three quarters to go. If it’s Q2 and their stocks are still down, they sound like old Brooklyn Dodger fans, ‘Just wait till the second half!’ But by Q3, if it looks as if their picks will miss, then they start sounding like veteran retailers, saying, ‘Mark ‘em down and move ‘em out!’ ”

When that happens, it might pay to take heed of the old market saying, “Don’t try to catch a falling knife.” Even with the World Series on deck the coming month.

TD Ameritrade and all third parties mentioned are separate and unaffiliated and are not responsible for each other’s policies or services.=

All investing involves risks, including loss of principal. Past performance is no guarantee of future results or success.