Keep to the Course: The Risks of Not Staying Invested

The wild market swings during the presidential election may be a reminder to investors that staying invested for the long term may keep you on course. 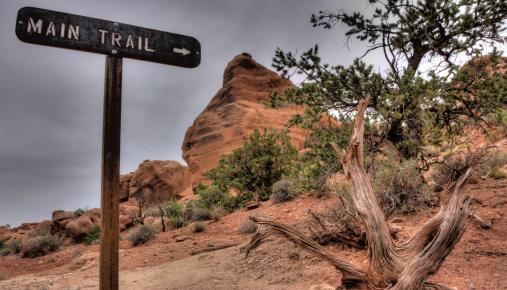 Fess up; did you panic on the night of the election as the stock market swung wildly lower? If the answer is yes, you weren't alone. Today's real-time relay of stock price information is positive, but it can be negative too. For long-term stock investors, it can cause some unnecessary internal conflict.

The stomach-churning news that stocks were down 5% on election night may have triggered the question: Should I sell? Following through on that thought could have been a mistake for the long-term investing crowd. Stocks surged the remainder of election week and, though the technology-heavy Nasdaq 100 index drifted lower toward the end of the week, the Dow Jones Industrial Average closed at an all-time record high.

The S&P 500 still looks to be in a long-term uptrend. During uptrends, investors and traders tend to use price pullbacks or "dips" as buying opportunities. Two notable panic-driven sell-offs were ultimately used as buying opportunities this year –the first is Brexit, the second is the unexpected election of Donald Trump.

Fear vs. Greed—or Impatient vs. Patient?

“The stock market is a highly efficient mechanism for the transfer of wealth from the impatient to the patient.” - Warren Buffett

"The stock market doesn’t always act in accordance with conventional wisdom. In fact, it has an uncanny ability to do the exact opposite of what conventional wisdom suggests.  The snap-back recoveries get to the heart of Warren Buffett’s sage advice: 'Buy when others are fearful and sell when they are greedy,'" says Patrick O'Hare, chief market analyst at Briefing.com.

Admittedly, human beings are emotional creatures and money can trigger all kinds of feelings including fear. But, if investors sell out of stock positions during panic moves there can be risks.

"The risk is that they miss out on snap-back recoveries, thereby potentially leaving them at risk of having to buy back in at higher prices.  They also potentially generate an opportunity cost for themselves, in the sense that falling prone to panic-selling will leave them doubting every rebound effort and hesitant to commit money back into the market," O'Hare says.

While some of the best traders can time the market with some degree of success, for the average investor, market timing can be accompanied by many challenges.

On market timing: "For investors, it is neither advisable nor successful.  The best course for an investor is to stick with a systematic investing plan, which divorces them from the mental agony of trying to figure out when to time the market," O'Hare says.

If you have an eye on the long-term goal of retirement, staying invested may have its benefits. There are three main factors when it comes to growing your long-term retirement fund:

"There is a wealth of data supporting how the compounding effects of remaining invested for the long term is a prudent approach to retirement planning," O'Hare says.

If investors leave their earnings invested –the magic of compounding can work. There are studies that support the idea that long-term, low-turnover investing outperforms other investing styles.

One study by Standard & Poor’s looked at every significant pullback in the S&P 500 Index since 1945 and concluded that investors were better off riding out the market dips rather than trying to trade around them. The 59 pullbacks between 5% and 10% took one month on average for the decline to unfold and two months to recover to pre-decline levels, according to a Mairs & Power white paper.

Key risks to investors who hope to limit losses by selling on a market decline:

"Not interested in such studies?  Ok.  Consider this question: how has staying invested in blue-chip companies for the long-term worked out for Warren Buffett?" O'Hare says.

Nonetheless, there is a new President moving into the White House with a new policy direction. "There is nothing wrong with taking some profits off the table as the administrations change. That said, the mistake that too many people make is to get out all at once," says JJ Kinahan, chief market strategist at TD Ameritrade.

"Everyone feels like the world is going to change instantly. Keep your wits about you and stay with what you think are good investments," Kinahan says. "Think one to two years down the road and consider what sectors will be winners in the new administration."

For those with long-term portfolios, the shake-up in Washington has "forced a lot of people to reexamine their investments." And, that is a good thing. Now is the time to put your new investment plan together and begin to implement it in stages, Kinahan says.

Visit this page daily for the latest market moves »
Print

Dollar-Cost Averaging: An Investing Strategy for Rain or Shine? 5 min read Riding Out Market Turbulence: Why Staying Invested Can Work Better Than Trying To Time The Market 4 min read Caution Ahead? Five Warning Signs a Stock Might Not Be a Good Buy 5 min read