Compare interest-rate-sensitive stock sectors that could benefit or suffer at the hands of a Federal Reserve that’s soon to hike rates. 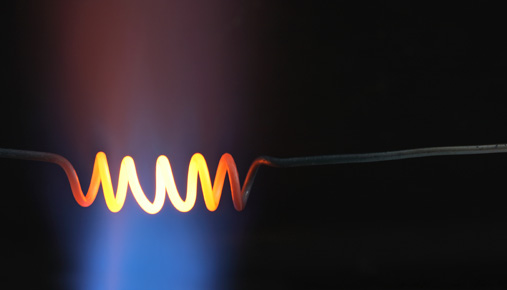 Greek uncertainty aside, the debate around a Federal Reserve interest rate hike is still a matter of when, not if. In this climate, which rate-sensitive stocks stand to benefit, and which could be stung by Fed moves?

Market interest rates—those set by the bond market—are already moving higher, reflecting trader belief that the Federal Reserve will crank up the interest rate dial at least once this year, possibly as soon as September. Ultra-low interest rate policy has goosed a bull market in the S&P 500 (SPX) since March 2009. But now, economic prosperity will necessitate interest rate increases to keep growth from overheating and inflation from bubbling up.

That means tighter interest rate policy is bullish for the broad market, even if it’s met by a collective grumble on Wall Street. That’s true at least for a time because it means the economy is on the right track. Watch for volatility, however, as traders speculate on how aggressive the Fed might be. Traders are mindful that the Fed could overshoot.

Traditional banks and insurance companies can pull in more funds with higher interest rates, which means Fed hikes tend to be pro-financial stock.

Banks that focus on traditional lower-risk community lending—more of a savings-and-loan model—will also potentially benefit from rising rates on the money they lend. Higher rates help insurance “float” portfolios earn more. Float is the gap between premium collection and claim payout. As that portfolio sits around, it needs to collect interest for the insurer. Conversely, the trading risk that can come with higher rates can reveal the risky underbelly of investment banks and their bond exposure.

Think luxury retailers, travel stocks, casinos, automakers—this type of spending tends to ramp up, not because of rate hikes, but because of the economic conditions triggering those rate hikes. It’s important to remember that consumer discretionary tends to do best in the early part of a rate-hike cycle, market history shows. That’s when the euphoria of the economic bounce is strongest and the bite of higher rates is less pronounced.

Key for this pick is combing for attractive valuations and hidden gems in a category that could itself get pretty expensive. One might assume then—based on market history—that consumer staples don’t perform as well in a rising-rate environment. Investors might pick specific retailers or think about the growing e-commerce marts that offer all kinds of goods, both frivolous and fundamental.

Hey, if consumers are spend-happy in this environment, it’s likely that businesses are, too. That means they’re retooling their technology needs.

And as companies jockey to outrun any inflation risks, those most nimble with pricing power may come out on top. That’s because innovation (being early to market) can carry its own pricing power, which is potentially advantageous in this stage of an economic cycle.

These typical dividend-payers are largely considered a bond alternative. During 2014, for example, when Treasury yields tumbled, the utilities sector more than doubled the 14% total return of the S&P 500 Index, according to Standard & Poor’s data. Because newly issued bonds will presumably pay higher issues in line with other rising interest rates, they tend to make the utilities alternatives less attractive.

But utilities are a good example that more goes into stock-picking than just interest rate considerations. Utilities, for instance, win favor from some diversification-seeking investors because utilities are one way to limit exposure to U.S.-only consumer markets. That might sound good to investors who are casting a nervous eye toward Europe about now.

As for company-by-company selection, stock-picking criteria might focus on balance sheet health. Companies that need to borrow extensively to operate or innovate may struggle when money becomes more expensive.

Investors should feel empowered to think of a Federal Reserve tightening period creatively. For instance, investors might consider a direct play on the improving job market with a look at job search companies; they stand to draw higher traffic as confident workers go for better pay and benefits. Robust payroll counts could also raise demand for payment processing companies or firms that run employee security checks.

Bottom line: A big difference for this rate-hike campaign compared to others is the pace at which the Fed is expected to move. The economic recovery, and global turbulence, is still spotty, which could constrain the central bank to gradual hikes—hopefully providing enough time for stock investors to adjust accordingly.

Track stock ideas that may fit with your investing strategy through TD Ameritrade’s vetted third-party research.