The Fine Print of Earnings Reports

Knowing what to look for in quarterly earnings reports is crucial for making informed investing decisions. Here are a few pointers. 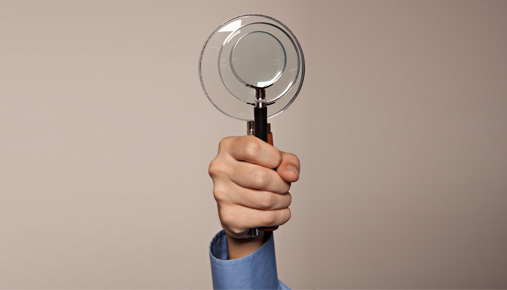 Every three months, corporate America unleashes an avalanche of numbers. We’re talking about earnings season. It may seem like information overload, but knowing what to look for in quarterly reports is crucial to making informed decisions. Here are a few basics.

You don’t need to be a CPA or hold an advanced math degree to understand—maybe even enjoy—earnings reports. Not convinced? No less an authority than the U.S. Securities and Exchange Commission tells us so. “If you can read a nutrition label or a baseball box score, you can learn to read basic financial statements,” the regulator says on its website. “The basics aren’t difficult and they aren’t rocket science.”

So we’ve established that we’re not sending anyone to the moon. Still, earnings reports come fast and furious at certain times of the year, so investors need to know what to look for and, more importantly, how to read between the lines. Companies go to great lengths to emphasize what they want investors and the financial media to see in earnings reports—and obscure what they don’t want them to see. It’s important to understand the anatomy of a typical report, specifically, the things that can move stock prices. It’s also an opportunity to really dive into the nuts and bolts of what makes businesses tick, and potentially discover some gems for your portfolio— or avoid duds.

“An earnings report is probably the best periodic reality check of an investment thesis,” said Michael Wong, an equity analyst with Morningstar, Inc. “A well-interpreted earnings report will speak to an investor, confirming that the revenue story of a growth company or the operating margin improvement story of a turnaround remains intact.”

Let’s break this down into a few key elements.

Quarterly financial reports typically include four primary pieces, including the balance sheet and statements of income, cash flow, and shareholders’ equity (we’ll get to a fifth category, highlights and commentary, later on). The income statement is where a lot of the “news” is, so let’s focus on that (see figure 1). 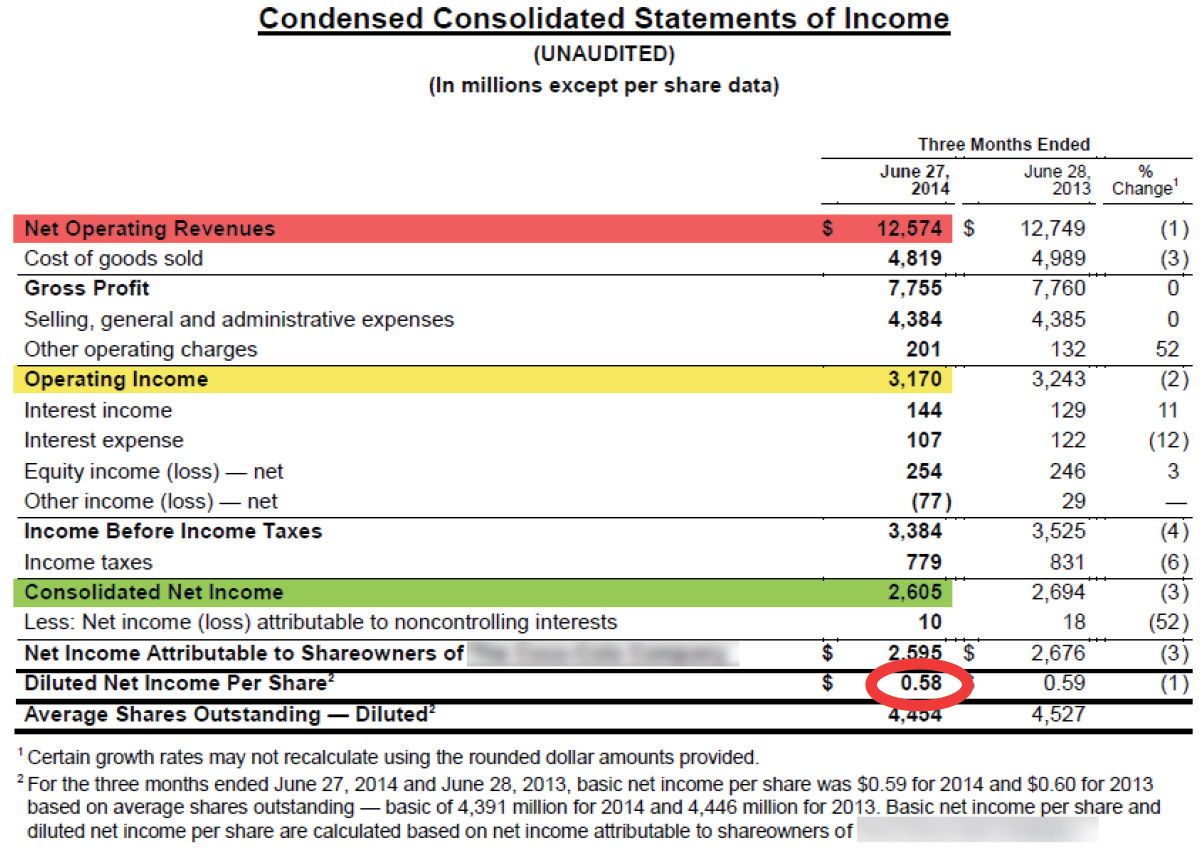 FIGURE 1: DEVIL IN THE DETAILS. Key entries on an income statement include revenues (red), operating income (yellow), net income (green), and net income per share (red circle). Surprises in any of these can move the stock price on earnings day. Source: TD Ameritrade. For illustrative purposes only.

Obviously, corporations exist to sell products and services, ideally at a profit, which takes us to the “top line”—revenue. As “top line” indicates, revenue (often expressed as “net sales” or “consolidated net sales”) is at the top of the income statement (see figure 1). Check whether sales went up or down, then dig further for reasons and any trends. While you’re at it, check to see how competitors fared.

Several lines below revenue, you’ll see operating income, then net income— the “bottom line,” expressed in real dollars. Net income is usually one of the key items financial journalists report on, since it provides a fairly cut-and-dried number indicating how much money a company made (or lost) during the quarter. 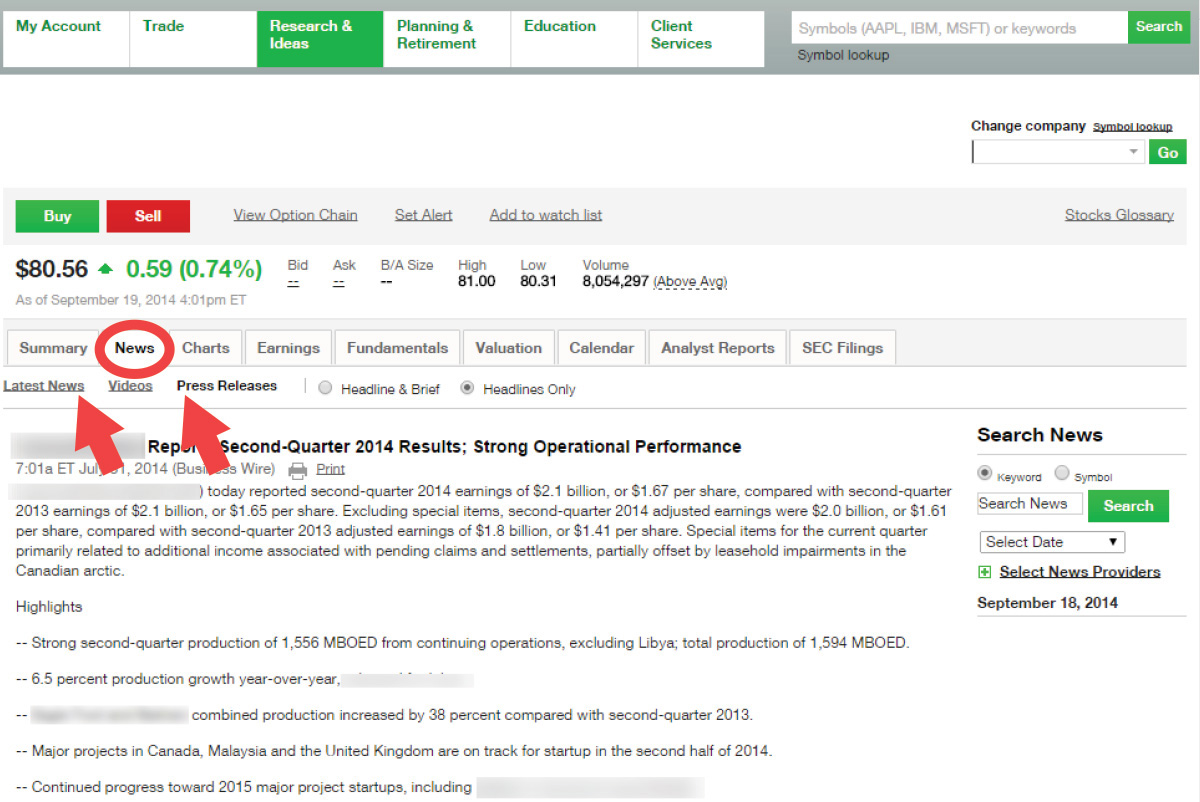 FIGURE 2: HEARD THE NEWS? Quarterly earnings reports, along with other corporate news, are available under the News tab (red circle) once logged on to tdameritrade.com. Source: TD Ameritrade. For illustrative purposes only.

Many financial analysts, however, zero in on operating income for a read on how well the business is being run before it gets dinged by lenders and the tax man. “Revenue growth isn’t enough for a company to be profitable,” Wong said. “Companies also have to manage their expenses.” Operating income is often much “cleaner” than net income, he said. That’s partly because it usually excludes “non-core” expenses like interest, which “allows a better evaluation of underlying business strength.” Earnings reports and other corporate information is accessible through tdameritrade.com (see figure 2).

A publicly traded company’s profits are effectively divided up among millions of shares. As an investor, or someone considering buying stock, you’re looking for something that delivers a steady or growing income stream for every share you hold, as long as you hold it. This is one reason earnings per share (EPS) is important.

FIGURE 3: SURPRISE ME. Check under the Earnings tab (yellow circle) once logged on to tdameritrade.com for a historical profile of a companys quarterly per-share profit performance, including both negative (red circle) and positive (green) surprises. Source: TD Ameritrade. For illustrative purposes only.

EPS is how we separate the all-stars from the also-rans during earnings season. Study up on analysts’ average per-share estimates before earnings day. Did the company have a “beat” by a few cents? Or was it a “miss?” The market delivers a verdict once the opening bell rings; an EPS result that’s outside expectations often sends the stock price sharply higher or lower (see figure 3).

Per-share income is usually expressed as “basic” and “diluted,” and analysts such as Wong say they focus on the latter. Diluted EPS “is definitely more conservative than basic EPS, and arguably more accurate for evaluating an investor’s proportion of the company’s total net income,” Wong said.

Earnings season isn’t just about numbers. Words matter, too, and the attentive observer can smoke out telling details based on what’s mentioned—or not—in the written portions of earnings statements. Many reports begin with a “highlights” section offering a bullet-point list of sales, profit, and business-unit performance, followed by a page or two of text that often includes updated “guidance” on the company’s per-share profit outlooks. A bump up in XYZ Corp.’s own full-year EPS projection may be a bullish signal for the shares; the opposite would apply to a downward revision.

The opening pages also often include quotes from the chief executive or chief financial officer. Pay close attention to the wording and tone of these missives for a sense of how the company’s leadership views business conditions. Better yet, listen to the company’s earnings call, usually held an hour or so after the earnings are released, for further color and context. Sometimes, a CEO’s off-the-cuff remark can move the stock price, and you’ll be right there as it happens.

TD Ameritrade, Inc. and Morningstar, Inc. are separate, unaffiliated companies that are not responsible for each other’s services or policies.

S&P Capital IQ is separate from and not affiliated with TD Ameritrade, which is not responsible for S&P Capital IQ commentary or content.