Taking a Spirited Look at the Booze Industry? Here are a Few Thoughts

Thinking of some liquid assets for your portfolio? Booze stocks may fit the bill. 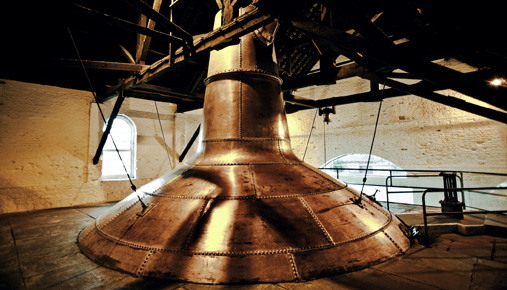 You might kick back with a drink on Friday afternoon or take part in a happy hour special, but perhaps you should consider distilling a bit of information about the booze industry.

Americans are drinking more beer, spirits, and wine, according to statistics portal Statista, which reported the industry grew 3% in 2016. And we’re drifting toward the top shelf, too.

There’s strong growth in high-end premium and super-premium brands. The Distilled Spirits Council of the United States said revenues for those increased 50% and 155%, respectively, between 2010 and 2015, with total U.S. spirits sales at $72 billion in 2015.

Editor’s note: Inclusion of specific security names in this commentary does not constitute a recommendation from TD Ameritrade to buy, sell, or hold.

Among the prominent names in the spirits world is Constellation Brands (STZ), owner of dozens of brands, including Corona beer and Robert Mondavi wines. In its January 2017 release, STZ reported  earnings of $1.96 a share, a 38% increase over that of the same period last year, according to data from the Earnings Analysis* tab on the thinkorswim® platform from TD Ameritrade.

John Person, president of NationalFutures.com, said he sees why the stock is a favorite of some investors, although given the recent price gains, he said he’s wary of buying these stocks at elevated levels.

“I could see it trade higher, but there is a high premium risk,” he said.

Not every booze stock has a top-shelf rating. For example, analysts have a mixed outlook on Diageo plc (DEO), known for its Johnnie Walker and Baileys brands. Of the 30 equity research analysts who cover the stock, two rated it a sell, 11 have given a hold rating, 15 have assigned a buy rating, and two overweight the company, according to MarketWatch.

And some beer companies have been particularly strained, such as Boston Beer Company (SAM), maker of Sam Adams beer, which has seen its shares lose more than half their value over the last couple of years.

“The beer industry is seeing a lot of competition from microbreweries,” said Person. “But the spring is a seasonally weak time for beers, and it could see more strength going into the summer.”

One key element of future growth may come from an unlikely source: the transportation sector.

In a 2016 research note, Morgan Stanley said the rise in shared rides and driverless cars could mean people may drink more since they’re not worried about driving home.

As the trend toward ride-sharing and driverless cars continues, the impact could be significant. According to the research note, “The total addressable market (TAM) of the global alcohol market is about $1.5 trillion today (1.14 trillion drinks x $1.33/drink). As our base case, we believe greater prevalence of shared mobility (i.e., ride-sharing) in the next 10 years can add 80 basis points to the annual growth rate of the alcohol market (currently about 2.2%).”

The note goes on to say that, beyond 2025, autonomous technology can unlock “an even greater TAM opportunity."

TD Ameritrade offers a variety of account types and investment products to fit your needs.

TD Ameritrade and the above named third parties are separate and unaffiliated firms, that are not responsible for each other’s services or policies.