Ignore the In-Crowd? Explaining the Popularity Premium in Stocks 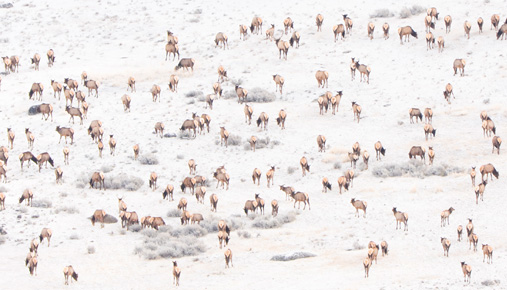 Popularity is a social magnet for people, products, and yes, even stocks. But it turns out, according to two investment theory researchers, that stocks with status aren’t necessarily the ones that make the most money in the long run. We’re talking about the often misleading “popularity premium” in stocks.

Investors, as a general rule, don’t like excessive risk. And they want liquidity. But low risk and high liquidity are not free, or even cheap. What’s more, investors are attracted to prominent companies because they’re typically easy to buy and are covered closely by analysts and the media. But that stunts risk and increases liquidity, meaning you can typically buy and sell the stock in pretty short order.

If investors are going to venture into stocks that are unfamiliar and unexciting, they want to be rewarded. That’s the popularity premium—the anti-popularity premium in fact—and it can distort the “worth” of certain stocks relative to their peers.

Such a Thing as Too Popular?

It all begs the bigger question: Is this the best way to pick stocks?

At the end of the day, “good companies are not the same thing as good stocks,” says Roger Ibbotson, a professor at Yale School of Management who has written extensively on capital markets and theory. “Stocks may have high valuations but end up with low returns. There is usually no such thing as a permanently popular stock.”

Ibbotson, who is also chairman and chief investment officer at Zebra Capital Management, partnered with Thomas Idzorek, president of Morningstar Investment Management, to do some deep data mining on the 3,000 largest publicly held companies between 1972 and 2013. They developed a popularity model and, well, popularized their findings in their paper “Dimensions of Popularity,” published in The Journal of Portfolio Management.

In the study, popular stocks were ranked by their turnover, or the number of shares traded divided by the number of shares outstanding, over a particular period. The stocks with the most shares traded were considered the bigwigs on campus, the stocks the masses loved. But what the researchers found is that less popular stocks—say small-cap or value stocks—those with something “wrong,” produced far greater returns than the ones throwing the party.

The collective attention of the masses can lift the profile of anyone and anything, but it doesn’t necessary reflect the sensitivities or even the perceptions of the crowd. It’s merely a measuring stick of prominence. And often, that fame could be as fleeting as a fad like the mullet or the leisure suit. The same is true with many stocks, or at least with the crowd picking stocks.

Decisions are sometimes based on what’s known to psychologists as “heuristics”: exploring on your own, leaning on anecdotal evidence (with stocks, this may count as investing in what you use yourself), or sticking with the familiar, such as shunning stock sectors that are outside your comfort zone.

But a trendy stock today could be shunned when social attitudes or consumer behavior change. Yet at its core, that stock could still be linked to a good company.

Ibbotson stresses that “the measure of popularity is always relative to something.”

The so-called “story stocks,” those that have an interesting concept or narrative but a short track record, are the ones that typically have the highest valuations and the lowest returns, according to Ibbotson and Idzorek.

“People buy stories,” Ibbotson says. “They prefer stories to facts, but when you start looking at the fundamentals, those are the facts, and they’re more important than the stories. People get too excited about stories.”

And story stocks, as we saw during the Internet bubble, can burst.

Still, there’s a lot to be said for the collective wisdom of the masses—after all, it’s how we define the efficient-market hypothesis. Some argue that the market is seldom “wrong,” that whatever price a stock commands on the way up and the way down is its true worth. Sometimes, this can mean there’s plenty of mutual fund or institutional investor buying that might like to get behind a popular stock. That flow of big funds can prop up a stock for an undetermined stretch of time—and drive stocks lower pretty fast when things change.

The point is, while popularity might not be all that it’s cracked up to be, you’ll likely need to respect it. Understand that the equity premium that can drive stock pricing may require you to learn how to separate the fleeting fad from the tried and true.

Some traders want to track social media as they evaluate stocks. You can do that right on TD Ameritrade’s thinkorswim® platform. Once logged in, get there via Research & Ideas > Stock Summary > Social Signals.