Learn why the Fed and traders follow the personal income and spending reports, especially the Personal Consumption Expenditures Index. 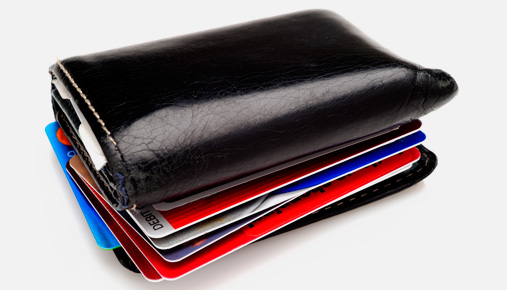 Why does the Fed watch personal income and spending? Well, consumer spending drives roughly 70% of total U.S. gross domestic product each year. So it makes sense. The amount people spend each month offers clues about the pace of U.S. economic growth.

The Personal Income and Outlays report is an economist's gold mine, filled with incredible detail on the income and production side of the economy. The report details a number of income measures as well as spending data for nearly every good and service offered here in the U.S.

The income side of the equation includes wages and salaries, but also Social Security payments, veteran's benefits, and food stamps. Other income items include interest and dividend payments.

On the spending side, the largest portion of consumer spending goes toward services, or roughly 55% of the total. Services dominate the U.S. economy and include categories such as legal, insurance, repair, investment advice, medical care, and even entertainment and travel.

Then there is the "stuff," or non-durable and durable goods. Economists like to categorize non-durable goods as products with short life spans—think food, clothing, and shoes. Meanwhile, durable goods are expected to last at least three years or more. Think refrigerators, TVs, furniture, washing machines, and so on.

Best trait: The Personal Income and Outlays report offers a comprehensive view of personal spending activity. "Economists are able to glean a fairly good sense of how GDP for that quarter might track," says Patrick O'Hare, chief market analyst at Briefing.com.

The report is a Fed favorite because it includes the personal consumption expenditures (PCE) price index, which is the central bank's preferred inflation gauge. The Fed uses the PCE index to track inflation, watching for progress toward its 2% target rate.

One weakness: There’s a big lag. "It's dated, and it does undergo a few revisions," O'Hare says. "It comes out about a month after the reported month. The economy is big, and it takes time to get that much information tabulated."

This report ranks a "6" out of a 1 to 10 scale, O'Hare says. Traders follow this report closely, and markets can react simply because it’s known to include the Fed's key inflation gauge. "In the current environment, the market is really attentive to price trends, knowing that the Fed is waiting for the inflation side of the mandate to catch up to the labor market," O'Hare says.

At the end of the day, the "tradability" factor for this report is largely driven by what the PCE index suggests about the path of future monetary policy, O'Hare explains.

Current read: The PCE index has been generally rising over the past year, but has yet to reach the Fed's 2% inflation target. (See figure 1 below.) 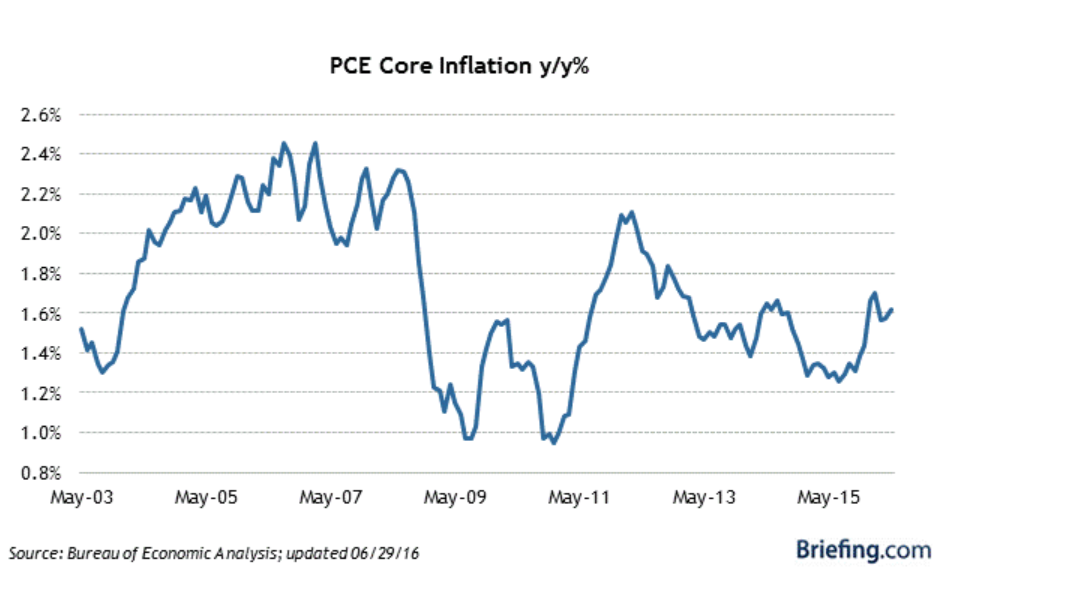 The personal consumption expenditures index has been trending below the Fed’s target of 2%. Data source: Bureau of Economic Analysis. Image source: Briefing.com. Not a recommendation. For illustrative purposes only. Past performance does not guarantee future results.

TD Ameritrade, Inc. and Briefing.com are separate unaffiliated companies and are not responsible for each other’s services or policies.