From the Studs Up: Building (and Rebuilding) a Portfolio with MPT 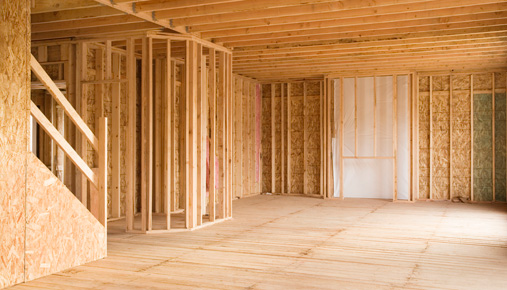 An optimal investment portfolio contains assets intended to show well in the light and in the dark. That means it’s built to suit—for your risk tolerance and target time frame, for moments of market clarity and uncertainty.

We’re talking about modern portfolio theory (MPT), which aims to optimize potential returns for nearly any given risk. Modern portfolio theory has a fresh-sounding resonance, but it’s a 63-year-old investing model structured on three elements: asset allocation, diversification, and periodic rebalancing. At its roots, MPT is a basic investing model—and by now a fundamental one—that embraces diversification and equilibrium while sticking to a measured regime of the classic buy low/sell high.

“The idea is that by sticking to that kind of discipline, you can ride out the down markets by staying diversified, and not making rash moves when the market is going up significantly or pulling back,” says John Bell, director of guidance platforms and tools at TD Ameritrade.

For example, asset classes whose prices go sharply higher tend to become overweighted and could warp the balance.

“If you’re consistently rebalancing back to a target, in general you will be selling the assets that are most highly valued and overpriced, and buying those things that are undervalued and underpriced,” Bell adds.

“Buy low/sell high is what rebalancing allows you to do without attempting to introduce biases into your analysis. The beauty of calendar-based rebalancing is there’s nothing more magical about it other than enforcing some discipline,” he says.

Modern portfolio theory was first penned in 1952 by economist and Nobel Prize laureate Harry Markowitz, who used mathematics to support his theory that you can minimize risk and maximize returns by holding a combination of asset classes that aren’t correlated to each other and that align with your personal appetite for risk as well as your age.

In other words, with MPT, you spread the risk among assets that don’t typically behave in the same way. It all boils down to these three components:

Check Emotions at the Door

Why such lasting power for MPT? Because self-control practiced through rebalancing manages two emotions that typically prompt investors to make bad decisions: greed and fear.

But MPT is not bullet-proof. It’s aimed at helping you dodge what’s called “undiversifiable” risk, or what happens when you have all your investment eggs in one asset-class basket and that class stumbles. If all your money was tied up in stocks in 2008, you likely lost a big chunk of change.

MPT also follows a basic school of thought about accumulating and keeping wealth. In your 20s, when you have decades of investing before you, conventional wisdom urges taking more risks, perhaps investing more heavily in equities than fixed income in your portfolio weightings. The assumption is that you have time to recover from a harrowing market event that could wipe out 50% of your portfolio. Remember 2008?

But if you’re in your 60s, when time has snuck up on you, MPT says it’s best to protect your wealth by taking a more conservative approach without swaying too far from your goals. Those who ran for the hills and converted equities to cash in 2008 probably missed the bull market that followed.

MPT cannot—and does not claim to—eliminate “systematic” risk, or what happens when the entire market takes a tumble. But it can soften the blow. Rather than suffering a 50% loss along with the stock-market crash of 2008, a well-balanced portfolio may have set you back only 25% or sometimes less.

“You'll very rarely ever be at the top or the bottom of a broad group of asset classes, but most likely in the middle.  That makes sense, because you have a mix of all the asset classes,” Bell says.

All Aboard the Dow: Know Which Dow Jones Industrial Average Stocks Drive the Markets 4 min read Here’s the Scoop: A Diversified Portfolio Requires Diversified Sources of Investment Information 3 min read The Rise of the Talking (and Thinking) Machines: IoT Investing and Trends to Consider 5 min read