Where is Your Next Investing Idea? Look to the Y Generation

Gen Y's tech savvy, addiction to immediacy, and global awareness have lured this pack to the buzz and responsibility of self-directed investing. 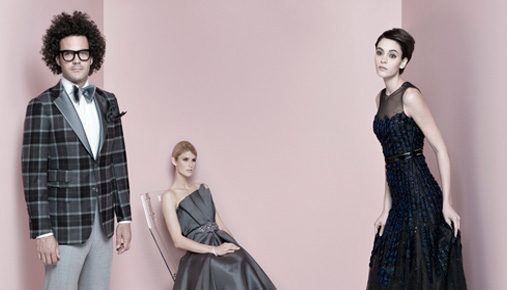 Gen Y. They’re mostly under 35 and tech savvy. We can all take a few notes.

Do young hipsters (20s and 30s) use their mighty tech brains to post pictures on Facebook and Twitter, or leverage their nerd side to invest hardearned dough? The lure of frequent status updates notwithstanding, younger Americans appear to be investing more for retirement—and sooner—than their landline-devoted elders.

Even if you’re not part of generational alphabet soup, you likely know a few who are. More importantly, all investors can probably learn a thing or two by studying the behavior of others.

Gen Ys (born after 1980) and the younger tier of Gen Xs (born 1960s to mid-1970s) are the slickest, smartest techies in the history of the homeland. That savvy, ganged with an addiction to immediacy, and a certain global awareness, have lured this pack to the buzz, and responsibility, of self-directed investing—more than the Boomers and Mature parents and grandparents.

Gens X and Y also know how fragile finance can be. News headlines hollering about a 50% drop in Boomer and pension portfolios during the recent global recession helped fuel a little bit of fear.

Younger generations are less encumbered by old baggage. They take more chances. They job hop. They jump right in and start businesses. They’re mobile. All of which, taken together, can create more income and opportunities to invest, and also more risks.

In the old days, to open an IRA, you had to go to the bank or a brokerage firm. You couldn’t really trade in these accounts, save sending your broker the occasional buy/sell order that often took days. Adding alternative asset classes, like commodities, was difficult, if not impossible. Exchange-traded funds (ETFs) didn’t exist. Market info was limited to those who paid big bucks for real-time news and pricing screens.

SELF-DIRECTED INVESTING. Entrepreneurial drive. Information gorging. Many want to emulate the tech-savvy Y generation and yet grumble at their apparent disregard for political, social, and media tradition. Others say Gen Y is simply unencumbered by the baggage of these institutions and that spirit is what could lead a new wave of tech rebirth conveniently timed to the slow slog away from recession. Information is today’s industrial revolution. The delivery and frequency investing news has changed forever. Earnings are tweeted in some cases. Trader-totrader connections are instantaneous.

Says Hughes, “The web has introduced a competitive, and some might argue hostile, landscape for long, in-depth, resource-intensive journalism. But as we’ve seen with the rise of tablets and mobile reading devices, it is an ever shifting landscape — one that I believe now offers opportunities to reinvigorate the forms of journalism that examine the challenges of our time in all their complexity. Although the method of delivery of important ideas had undergone drastic change over the past 15 years, the hunger for them has not dissipated.”

Today, with a mouse click, you can set up a 401(k) plan or IRA online then surf thousands of personal-finance pages for insight, education, and of course, advice ranging from the well-reasoned and coherently explained to the baseless and rumor crazed, on stocks, ETFs, bonds, and more. You can often transfer money automatically.

David Nanigian, Assistant Professor of Investments at The American College, believes younger investors will also continue to rely on IRAs and 401(k)s. He also suggested they refinance, or pay down, high-interest debt before they start to invest.

“Once they’re in a position to contribute to a plan,” he added, “young investors should discipline themselves to make regular contributions, and use technology to make those contributions easier.”

Harrison agreed, with a proviso. ”Younger investors should stash away a set percentage of their income. This should be untouchable, not a slush fund,” he said.

How can Boomers and Mature investors catch up?

Mature savers can start by lowering expenses and becoming nerds. Using automatic withdrawals, online investing tools and calculators, they might potentially set aside larger nest eggs for a retirement likely extended by longer lives. They shouldn’t, though, forget that time horizons and risk tolerance are often different based on age. And, though stocks and commodities may seem to be recovering from recent economic malaise, caution remains the byword. In other words, don’t necessarily try to make up for lost time with a riskier portfolio. Instead, consider a savings boost.

The youngsters surely have much to teach about tweeting and friending and instant 401(k)s completed on a tiny cell screen. Whatever your method, one thing does not change with technology, we all desire lasting brick-and-mortar peace of mind.

Survey results are based on a survey conducted by Maritz, Inc. on behalf of TD Ameritrade Holding Corporation, the parent company of TD Ameritrade, Inc. One thousand five hundred and nine (1,509) adults between 22 and 81 years participated in a telephone survey from July 20 through August 17, 2011. The margin of error in this survey of working Americans is ±3.4%. Maritz, Inc. and TD Ameritrade Holding Corporation are separate, unaffiliated companies and are not responsible for each other’s products and services.

The New Republic, Facebook, The American College, and Classic Value Investors are separate from and not affiliated with TD Ameritrade, which is not responsible for their content, products and services.

Apple, the Apple logo, and iPad are trademarks of Apple, Inc., registered in the U.S. and other countries. Apple, Inc. is an independent company, unaffiliated with TD Ameritrade.

The information contained in this article is not intended to be investment advice and is for illustrative purposes only. Clients must consider all relevant risk factors, including their own personal financial situations, before trading.