Alcohol, tobacco,and gaming stock sectors are called the triumvirate of sin. For investors, it can pay be sinful. 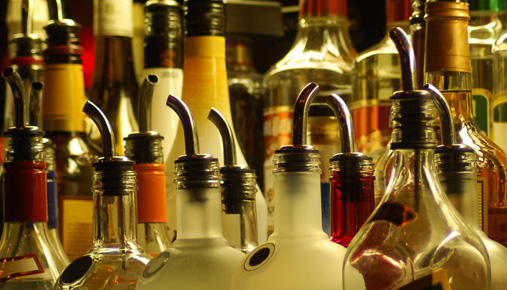 “There is no sin except stupidity,” Oscar Wilde wrote in “The Critic as Artist.” Proponents of expanding broad-based portfolio research to include alcohol, tobacco, gaming, and other “sin” stocks would agree. That’s because they largely believe that smart investors will tend to leave personal feelings toward these industries—for or against—out of their stock-picking.

“Sin stocks are substantially tilted towards value, bear less market risk with an average beta below one, and are prone to momentum relative to socially responsible stocks,” argue two professors from the University of Regensburg in Germany who’ve studied these industries and their performance in the U.S. and U.K. The bottom line in Sebastian Lobe and Christian Walkshausl’s study, recounted in “Vice Versus Virtue Investing Around the World,” is that sometimes it can pay to be sinful.

“Sin” stocks are broadly considered the companies tied to socially unacceptable behaviors of immorality. That’s a sweeping generalization, of course, because drinking vodka, smoking cigarettes, and playing blackjack at a casino might not be considered debauchery by many. Still, stocks in the alcohol, tobacco, and gaming sectors are often referred to as the “triumvirate of sin.”

For proponents, these sectors are considered less risky (they do have risks, of course) than socially responsible investing (SRI), which screens out the triumvirate as well as other sectors such as adult entertainment, animal testing, contraceptives, weapons, fur, genetic engineering, nuclear power, and even meat. This vetting process is also referred to as “norm-based negative screening.”

Why, according to historical returns sited by Lobe and Walkshausl, have they outpaced SRI and even some indexes? There are a number of explanations, but the two most popular, research-supported reasons are actually pretty simple: they’re typically recession-proof and are neglected by the analyst and institutional investment communities.

Let’s start with recession-proof. Vice sectors command a steady, addictive demand for their goods and services no matter what’s going on in the economy, says Dan Ahrens, the fund-manager-turned-author of "Investing in Vice: The Recession Proof Portfolio of Booze, Bets, Bombs and Butts."

If you’re hooked on smoking, alcohol, or gambling, it’s not likely that a drop in wages or a hike in prices will slam the brakes on your choice of vices. Of course, economic strength may dictate if consumers reach for top-shelf options or more pedestrian pours (Read our feature on "Premium Hooch").

And though government intercession with tobacco—for instance, slapping on higher sales taxes aimed at deterring use—does force some smokers to quit, tobacco companies may have pricing power that tends to help keep their margins intact. What’s more, publicly held alcohol, tobacco, and gaming companies tend to be global powerhouses that limit the competition’s entry points.

Inattention can play an influential role in the numbers game. “Sin stocks also have higher expected returns than otherwise comparable [consumer] stocks, consistent with them being neglected by norm-constrained investors and facing greater litigation risk heightened by social norms,” according to Harrison Hong, a Princeton University professor and Marcin Kacperczyk, a professor at the University of British Columbia. Their study, “The Price of Sin: The Effects of Social Norms on Markets,” updated in 2007, is thought by some to be modern-day benchmark on sin-stock investing.

Many institutional investors will avoid stocks or sectors that may offend a group, or even one, of their shareholders. Analysts, recognizing this, don’t take the time to dig deeply into the fundamentals of some sin stocks. The result can be thinly traded shares that might be more resistant to broader-market fluctuations and could be underpriced. Stocks with a beta below one are less risky because there’s less volatility. If no one is buying or selling a stock, the share price isn’t like to move wildly when the markets do. Keep in mind that can also limit your own entry point for an “attractive” buy.

Like any good stock approach, do your research before sinking money into a particular company or sector. Otherwise Oscar Wilde has you pegged: stupidity is the real vice in valuating stocks.

Use Stock Screener to sift through sector candidates. Log in at tdameritrade.com > Research & Ideas > Screeners > Stocks.

Learn about this tool and others »
Print

Third parties named above are separate from and not affiliated with TD Ameritrade, which is not responsible for-their services, polices, or findings.