The stock market’s January effect has pushed into December, but still tends to feature a small-cap win over large caps. 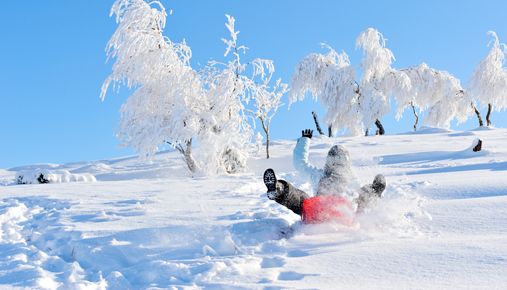 Sometimes you’re stuck with the name you’re born with, even when it no longer fits. The well-documented “January effect,” which refers to the historical tendency for small-cap stocks to outperform large-cap stocks to start the year, may need a new moniker. Increasingly, the phenomenon is now the December effect.

The January effect (we’ll still call it by its given name!) is not new. Stock market watchers credit economist and investment banker Sidney Wachtel for coining the term back in 1942.

What’s the cause? "The January effect phenomenon is likely caused by year-end, tax-loss selling of small-cap stocks [which tend to be more volatile]. Selling, of course, drives their share prices down. These ‘bargain’ stocks are often bought back in January with the help of year-end bonus payments in January," explains Jeffrey Hirsch, editor at Stock Trader's Almanac.

Data shows that during January, small-cap stocks outperformed large-cap stocks 40 out of 43 times between 1953 and 1995. Then things began to change.

Hirsch crunched the numbers using the Russell 2000 Index of small-cap stocks versus the Russell 1000 Index of large caps. "We went back to the beginning of the Russell data in 1979 and noticed that small-cap strength in the last half of December became even more magnified after the 1987 market crash," he says.

"With all the beaten-down small stocks being dumped for tax-loss purposes, it historically has paid to get a head start on the January effect in mid-December," Hirsch says.

After all, traders are a savvy crowd who are often ready to jump on a well-documented market trend, and the time shift has only become more apparent.

"This is likely due to the anticipators trying to take advantage of this trend and getting in earlier. The pros and sophisticated traders come in during the quiet time at the end of the year, scoop up these bargains, and then take their profits early in January," says Hirsch.

But an official name change? That may take a while.

Open a TD Ameritrade account and make a qualifying deposit to get up to $600 cash. Plus, enjoy 60 days of commission-free trading.*