The recent Facebook F8 conference offered a glimpse into the future of social media, as well as the future of technological disruption. 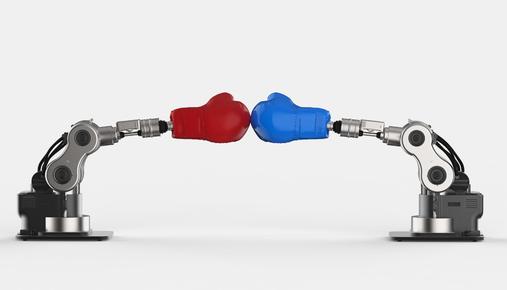 As the social media space continues to pervade our lives, several companies jockey for a place among our device’s daily routines. The recent Facebook F8 conference may serve as a reminder that even a disruptor can be disrupted.

Investors may want to consider taking note that companies developing social media technology compete in a space where disruption is the norm; where the latest product iteration or upgrade is always emerging and often untested; and where today’s focus on research and development is not only on shaping tomorrow’s deliverables, but also on how those deliverables might shape our tomorrows.

The conference was an example of this dynamic in action.

At the conference in early May, Facebook presented a lineup of new apps, features, and upgrades; each arguably with the potential to unleash a wave of creative disruption.

Among the new developments and gadgets announced were:

The new Facebook features introduced at F8 could pose challenges for competitors, though of course, Facebook could itself get “disrupted” by other companies as the social media musical chairs game continues.

Take Snapchat (SNAP), a multimedia messaging app. SNAP’s  Q1 earnings coincided with F8 and seemed to disappoint Wall Street analysts and investors, likely contributing to a 22% stock drop. Snapchat is likely to face fierce competition from Facebook’s Instagram video chat and anti-bullying features; both of which take aim at Snapchat’s target user base.

Similar challenges may be in store for online dating service Match.com (MTCH), whose stock decline of -22% around the time of the Facedate announcement may have indicated investor concern regarding Facebook’s entry into the online dating market.

Meanwhile, Twitter (TWTR) appears to have steered clear of any direct challenges to its platform and services. With 330 million daily users worldwide and its platform in the news almost daily due in a large part to President Trump’s use of the product, Twitter was up 26.6% year-to-date through early May; a performance that appears to be resilient in comparison with Facebook’s -2.65% and Snapchat’s -26.62%.

As for Facebook’s recent performance, it seems to be recovering from a sharp decline following the Cambridge Analytica scandal earlier this year. Its stock price rose 16% by early May from the March 27 low closing of $152.22 after a 17.75% drop, seemingly indicating the possibility that the company might be regaining trust among its users and investors. However, Facebook isn’t necessarily out of the woods, as Congress might consider privacy legislation that could affect Facebook and other companies in the tech space.

Many social media companies generate revenue from running advertisements or charging for premium services. Both forms of revenue are, of course, predicated on a platform’s ability to sustain and grow its user base. And the largest emerging user base happens to be to the two generations considered digital natives: Generation Y (or Millennials) and Generation Z; the latter having just come of age to enter the investor class.

What this could mean is that the potential success of a given technology in the social media space may depend not only on its ability to innovate but on its ability to adapt to the needs, values, and expectations of these two maturing generations.

And investors might want to keep a close eye on the changing dynamics between technologies and generational trends, because they tend to move rather quickly.

Need help finding stock choices relevant to your goals? Try the Stock Screener which gives you dozens of criteria to choose from including sector, price and performance.

Also be sure to check out the TD Ameritrade Network, which is live programming that brings you market news and helps you hone your trading knowledge.