Investing in Global Travel: Add Some Miles to a Portfolio

Tourism is growing on a global basis. Taking a vacation can be good for your mental health—and potentially your portfolio. 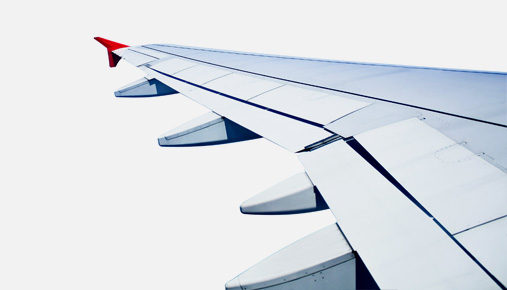 Thinking about traveling this summer?

Tourism can be good for your mental health and possibly your portfolio. The United Nations World Tourism Organization (UNWTO) said international tourism receipts grew by 3.6% in 2015, in line with the 4.4% increase in international arrivals.

For the fourth straight year, global tourism bested world merchandise trade and accounted for 7% of the world’s total exports last year, with an impressive value of $1.4 trillion.

As an export, tourism ranks third after fuels and chemicals, ahead of food and automotive products, the UNWTO said.

Next Stops: U.S., China, and Spain

Preliminary data showed that the U.S. dominated global tourism in 2015, in terms of receipts and arrivals, at $178 billion. Second was China at $114 billion, and Spain was third at $57 billion, the UNWTO said.

China, the U.S., and the U.K. led outbound tourism last year, aided by strong currencies and economies. Chinese tourists are heading out to Japan and Thailand, as well as the U.S. and various European destinations. The UNWTO noted that spending by Chinese travelers rose 25% in 2015 to reach $292 billion, as total outbound travelers rose 10% to 128 million.

Spending by U.S. tourists rose by 9% last year to $120 billion, while the number of outbound travelers grew by 8% to 73 million.

There are several ways to incorporate stocks that are related to tourism into a diversified portfolio. The first group that comes to mind are airlines such as American Airlines Group (AAL), Delta Air Lines (DAL), Southwest Airlines (LUV), and United Continental Holdings (UAL). Another way to gain exposure to travel-related stocks is with cruise ship brands like Carnival Corporation (CCL), Norwegian Cruise Line (NCLH), and Royal Caribbean Cruises (RCL).

But depending on how you view tourism as an investment idea, other considerations can include destinations such as amusement parks and casinos.

Two amusement parks are publicly traded companies: Walt Disney (DIS) and the mid-cap Six Flags (SIX), which is a regional amusement resort operator in the U.S.

There’s a plethora of publicly traded casinos, and there were at least two initial public offerings in the space this year. MGM Growth Properties (MGP) operates casino resort properties and had an IPO on April 20. Red Rock Resorts (RRR) went public in April, too.

So the next time you book a ticket to travel abroad, take the family on a summer vacation to a theme park, or hit the road for a trip to Vegas, remember to have a blast. But you can also keep your eyes open for opportunities to invest in the growing trend of global travel.

Use Stock Screener to narrow selections based on multiple criteria. Log in to tdameritrade.com > Research & Ideas > Screeners > Stocks

Investing in stocks involves risks including loss of principal.

Inclusion of specific security names in this commentary does not constitute a recommendation to buy, sell or hold.