Investing in Cyclical Stocks: Has the Pandemic Changed the Outlook?

Learn the fundamentals, strategies, and signals of cyclical stocks and how the outlook may be different in the wake of the pandemic. 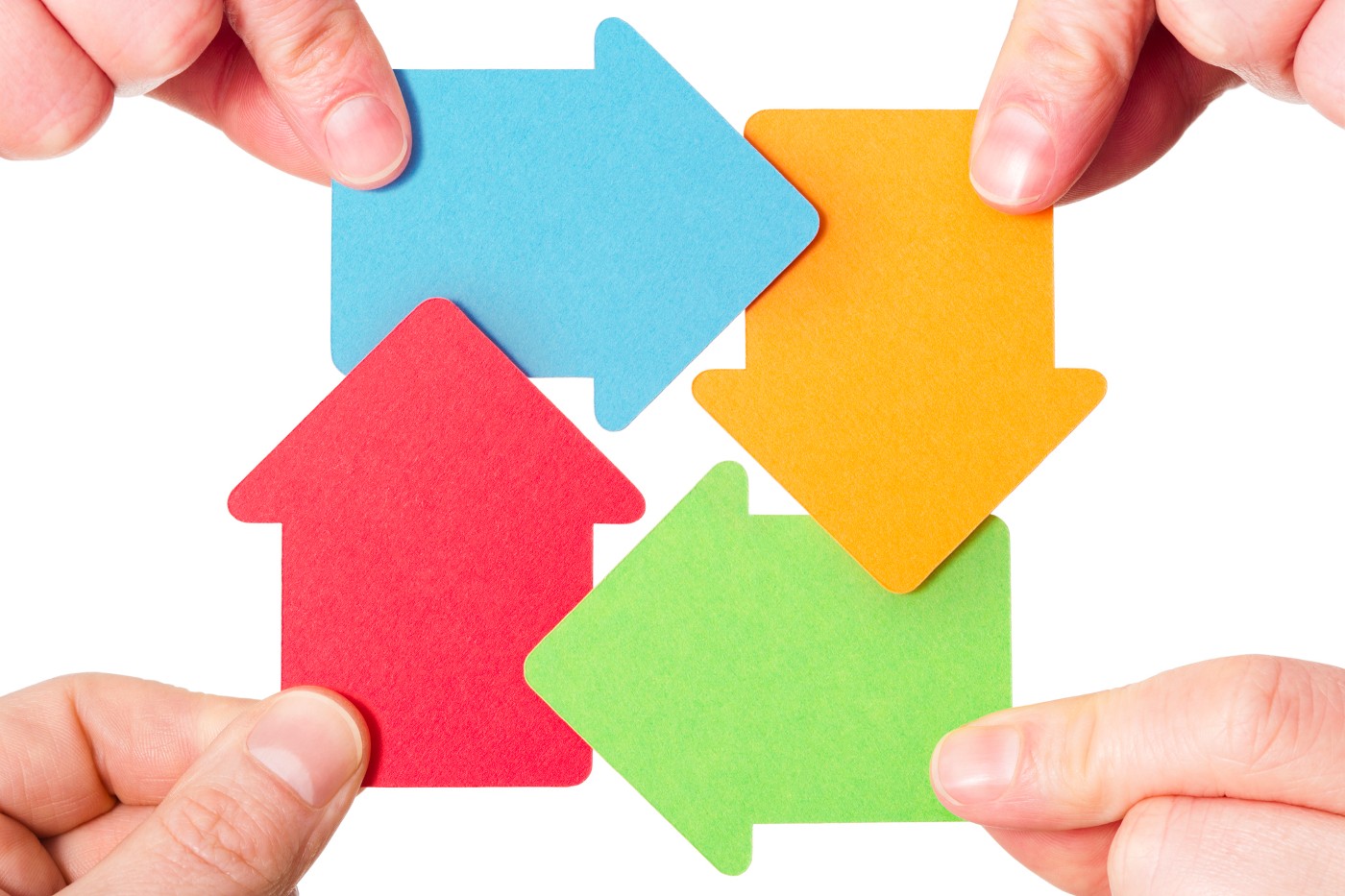 A cycle is a series of events that are regularly repeated in the same order. The four seasons constitute a cycle, as do the repeating seasons of sports.

Cycles occur in the economy and markets as well. There’s an economic cycle that includes booms, recessions, and points in between. Starting in 2020, the pandemic threw most of the economy into unprecedented territory that had cycles changing more quickly than ever.

There are cyclical companies and even cyclical industries. Understanding the link between cycles and certain stock prices can help you decide how and whether to include cyclicals in your portfolio. You’ve probably heard about the “tug of war” throughout 2021 between “growth stocks” and “cyclical stocks.” That’s what we’re getting at.

Before we talk about how COVID-19 upended the cyclical aspects of the economy, let’s look at “cyclical” investing and the types of companies that fall into this category.

Why? When the economy is good, consumers are more likely to buy a new car, take a vacation, remodel their home, or get that expensive handbag. But when times are tough, discretionary expenses are often the first to get cut.

To the list of cyclical industries above, some analysts add banks and energy companies. Why? Because a stronger economy generally means more people and businesses taking on loans—for example, to buy a new house or expand a company’s footprint. Banks tend to draw much of their profits from these activities. Also, Wall Street is typically more active in times of economic growth. Companies are more likely to have initial public offerings (IPOs), issue new stock, or go through mergers and acquisitions. These events all tend to help the biggest banks on Wall Street.

Energy is usually closely connected to economic cycles, too. Recall how crude oil prices fell to all-time lows (going negative at one point) during the pandemic when the economy almost completely shut down. People were staying home—not going to work or on vacation. Airlines kept most flights on the ground. Demand for gasoline and crude oil dropped precipitously around the world. Then when the economy quickly recovered from the first phase of COVID-19 in early 2021, the Energy sector—which was by far the worst S&P 500 performer of 2020—came roaring back to lead all sectors for months at a time as crude prices rose by leaps and bounds.

Cyclical stocks tend to be more volatile. The market often overvalues them during economic booms while undervaluing them during busts. And because they move with the business cycle, investors might consider timing their entry points. Effectively timing the business cycle can be a tricky business, but there are strategies and signals—both fundamental analysis and technical analysis—that some traders and investors use to time an entry into cyclicals.

Many candidates can be found in the Consumer Discretionary sector.

TD Ameritrade customers can set up a screener by logging in to tdameritrade.com > Research & Ideas > Stocks > Sector > Consumer Discretionary.

During an economic downturn, some investors will identify cyclical industries and make a list of the strongest companies in those industries—the ones they believe are strong enough to outlast the downcycle. Then wait.

The structural changes that might happen to these businesses during downturns may take time to play out. Remember: Cyclical stocks can sometimes fall further than the rest of the market. The bottoming process can take quite some time, and there may be false starts along the way. For instance, cyclical sectors Energy and Financials led the market through the first few months of 2021 as the economy emerged from the first phase of the pandemic, only to fall back by mid-year.

Here’s where technical analysis might help. Some traders use moving averages to identify a potential bottom. For example, when a cyclical stock breaks above its 200-day moving average after a long period of sideways price consolidation, it might be a sign the trend is changing. But remember, these stocks are typically not momentum stocks; they’re moving in response to macroeconomic factors, and their recovery may take a while.

Be Patient and Have Contingency Plans

Because a recovery may take time (if it happens), and because false starts may occur along the way, some investors will consider a plan to divide the money, allocating to cyclical stock investing in segments and starting off with a small investment. If it turns out the bottom was not yet in, they may be able to buy in at better prices, lowering the average entry point.

If, however, the trend continues upward, you’ll need to decide how and when to make those subsequent entries to scale up to your target position. Have a plan—and a contingency plan depending on the price movement after that initial purchase—before you start. And remember: Although investing in multiple stages may have its benefits, multiple trades may mean multiple transaction costs.

COVID-19 has thrown some of these strategies into confusion, partly because the cycles have become so hard to identify. In May and June 2021, it appeared that the United States was winning the war on the pandemic through vaccinations, and the economy was ready to enter a long recovery phase. Then by August it became clear the Delta variant could be a huge challenge to a complete reopening, and some investors returned to “growth” sectors like Technology that initially carried the market in the early days of the pandemic.

Growth stocks versus cyclical stocks took on a whole new meaning during COVID-19, and it might never be the same as habits change permanently. For instance, tech stocks like semiconductor makers and “stay-at-home” companies that allow people to work and shop from their homes took off in the early days. They lost ground as vaccinations began, but some economists think we’ll never go back to a full 9-5, five days a week mode. Working from home is now what people are used to, and offices may be much quieter in the future even if there’s no virus to worry about.

This could mean tough sledding for some sectors that typically shine during an economic recovery. Think about restaurants, for instance, which face the challenge of quieter big-city downtowns even if the economy fully comes back.

Looking specifically at how cyclical stocks may behave coming out of COVID-19, it helps to think globally.

“We’re sort of through the ‘hyper-growth’ piece, and now the U.S. economy is coming back online, but the other shoe to drop is the global economy coming back online,” said Shawn Cruz, senior market strategist for TD Ameritrade. “That’s something to keep in mind. Small-cap cyclicals have priced a lot of the rebound in, but there could still be opportunity in a lot of the larger-cap multinational stocks. So, if you look for a way to play on global growth expectations, one thing to consider is looking at those cyclically oriented stocks with a big international footprint in Europe, Asia, and Southeast Asia, because the rest of the world is still behind the U.S. in getting past COVID. That means there could still be a leg higher to be had for big multinational companies.”

Some U.S. companies with big global footprints include the largest banks and the Energy sector. Telecom also comes to mind. Also, don’t count out Technology. As Cruz noted, Technology wasn’t always considered that cyclical. For instance, the Technology sector led all sectors through 2020 as COVID-19 surged, a time when the world economy was generally shrinking. Although the old habit held then, changes in the economy toward a service focus means Technology may potentially be a sector to focus on during a recovery.

“As the economy shifted to being more services driven, a lot of services are enabled by technology,” Cruz explained. “So, to perform well in an economy directed by the service sector, tech companies with solutions will be in a good spot to help a service-led business. We’ve always thought of cyclicals as being tangible factories and commodities, which will still be case . But one thing underappreciated is that tech companies do well in a growing economy led by services.”

This kind of thinking could continue to apply well beyond the pandemic. The nature of cyclical stocks is changing and, like the economy in general, nothing is ever static.

No matter what strategy you decide to use, it’s important to remember that cyclical investing requires patience. Economic cycles last years, even decades. So, although timing the market is always difficult, the sheer length of these cycles makes it even harder. For this reason, you should be willing to hold a stock in a cyclical industry for the long term if needed, because recessions and other forms of economic downturn can go on for years before a recovery begins.