Intermarket Clues: Are Bonds a Leading Indicator for Stocks?

Study intermarket analysis, specifically bonds, for potential clues on the next leg for Federal Reserve policy and stock market reaction. 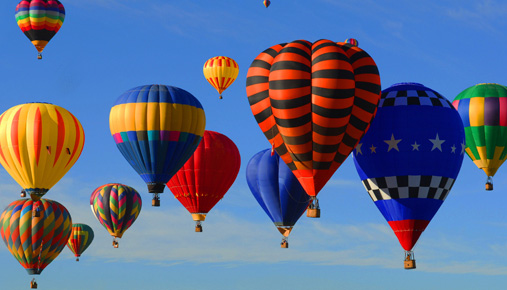 Editor’s note: This is the second of a two-part series looking at intermarket analysis. Read the first, which focuses on the broad relationships between stocks, bonds, commodities, and currencies.

The Federal Reserve, by most accounts, is poised this year to increase its key short-term lending rate for the first time since 2006. That leaves many investors wondering what the impact of higher interest rates could mean for the stock market and how intermarket analysis—including the bond market in particular—might help investors prepare for such changes.

By traditional definition, bond and stock prices normally trend in the same direction, says John J. Murphy in his book Intermarket Analysis. So far, that’s been true of recent market conditions. The S&P 500 has been climbing in a bull market cycle from the March 2009 low to all-time highs hit in May this year. During the same period, bond prices drifted sideways to higher.

But it’s a broken pattern that can be the most telling for investors. As bond traders position for higher Fed rates, they’ll drive prices lower and yields—aka market interest rates—higher. Could this potentially hurt stocks? How soon? And which groups in particular?

Bond prices, of course, have an inverse relationship to their yields, which simply means that as bond prices rise, interest rates, or yields, fall. The traditional line of thought is that falling interest rates are stock-positive because businesses can borrow more cheaply to expand. Conversely, rising rates are traditionally seen as negative for stocks, particularly if rates climb so much or so fast that they choke off economic growth. Murphy says bonds peak and trough ahead of the stock market, acting as a leading indicator for stocks at cycle turning points.

“This relationship tends to play out more often in long-term trends. Falling bond yields have had a positive impact on stock prices, especially since the early ’80s,” explains David Settle.

“Since mid-2009, stocks and bonds have both trended higher. This is normal. Bonds prices are starting to form lower highs, which would suggest that stocks would also struggle forming new highs, since bonds tend to lead,” notes Settle (see figure 1).

FIGURE 1: LOWER HIGHS. This chart shows a monthly rendering of the S&P 500 (SPX), in blue, with an overlay of 10-year Treasury note futures (continuous contract) in red. To create this overlay chart on the thinkorswim® platform offering Prophet Charts, pull up bond futures in the symbol box. Then, under Chart Settings, drop down to Left Scale and click on Add Left Price Scale Chart. Type in $SPX for the S&P 500. For illustrative purposes only. Past performance does not guarantee future results.

What Does History Show?

Bullish stock investors can take heart in research that reveals a rising interest rate environment does not necessarily signal doom for stocks. That holds true especially in the early part of a rising interest rate cycle, which is typically seen during strong economic growth periods that generally lead to increased corporate earnings.

Over the past 60 years, the S&P 500 had risen each month up until the yield on the 10-year note hit 6%, says Sam Stovall, chief equity strategist at S&P Capital IQ. However, when interest rates get too high—and history shows that has been the 6% line, Stovall says—it introduces a variety of headwinds for stocks. Higher interest rates increase borrowing costs for companies and individuals.

In the early stages of an interest rate hiking cycle, stocks still have the potential to continue to climb because the higher rates likely reflect stronger economic growth.

Is This Time Different?

Although traders have heard “this time it’s different” on many occasions, when it comes to the current interest rate cycle—it really is. The U.S. central bank’s federal funds rate has been at a historic, all-time low at zero to 0.25% since December 2008.

"We have never had a zero interest rate starting point before, and so the line in the sand might be lower than the more traditional 6% bond yield," says Stovall.

The differential, or spread, between the historical consumer price index (CPI) and 10-year note yield can offer insights on how low interest rates are comparatively. Typically, over the past 60 years, the yield on the 10-year note is about 2.5% above core CPI, notes Stovall. Currently, CPI stands at 1.7%, while the 10-year yield trades about 2.5%. Applying that average to today’s inflation rate, “the 10-year note yield should be at 4.2% to match historic standards, not 2.5%,” says Stovall.

Stovall warns that the transition to a higher interest rate environment could inject volatility into both stocks and bonds because “this time it really is different. We’ve never started from zero before.”

Stovall likened the current situation to a plane trip in which the pilot warns passengers of turbulence ahead. “Investors aren’t 100% sure what is going to happen. Stick to your investment plan, and be aware that it could be a bumpy ride,” Stovall says.

Settle agrees. “Stocks will struggle to make new highs with bonds trending lower, and volatility will likely increase,” he warns.

If history is a guide, the bond market and the level of the 10-year yield could be an important catalyst for the long-term stock market trend in the months ahead.

S&P Capital IQ is separate from and not affiliated with TD Ameritrade, which is not responsible for their services, policies, or commentary.