Fed Raising Interest Rates: How It Could Affect Your Financial Life

As the Federal Reserve continues its rate-tightening cycle, is it time to lock in low rates for home and auto loans? 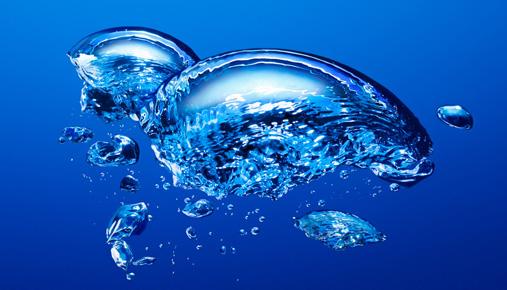 If you bought a home in the 1990s, take a look at your mortgage rate from back then and be prepared to do a double-take. Your rate might have been 7% or more.

The rate for a 30-year mortgage today stands near 4% after falling to record lows last year, and hasn’t been above 5% since early 2010. These bargain-level mortgage rates, along with cheap interest rates for car loans and credit cards, reflect the Fed’s long-term policy emphasizing easier borrowing costs.

But now the Fed has entered a cycle of rate hikes, starting in late 2015 and accelerating with three additional hikes since, including the one we just had in June. What does the Fed’s new emphasis mean in real life outside of the markets? Should investors start worrying about locking in low rates now for a new home or car, or is it OK to keep the powder dry?

“Don’t panic” is the first message to today’s borrowers, said JJ Kinahan, chief market strategist at TD Ameritrade. “One-quarter point in June is not the end of the world. Don’t speed your decision and say, ‘I’d better buy a house now before they raise rates again.’”

Kinahan points out that interest rate cycles typically take years, and borrowing costs often remain low for a while even after the hiking process begins. Take a look at today’s mortgage rates, which as of April stood at 4.05% for a 30-year loan, according to Freddie Mac. That was up from 3.96% in December 2015, the month the Fed raised rates for the first time since 2006. That’s not much of a change, even though the Fed’s target rate now stands between 1% and 1.25%, up from 0% at the time it raised rates 18 months ago.

Anyone who considered taking out a loan back then but decided to wait and put their money into the market to save up more cash for a down payment might feel pretty good by now. The Standard & Poor’s 500 Index (SPX) is up 15% since the start of December 2015.

The Other Side of the Coin

Now that’s not to say putting off a new home purchase then and favoring stocks instead was a no-brainer, because home prices are also up since December 2015. But the market gains do help to reinforce the importance, especially for younger investors, of compounding, which can really help power your investing. And the failure of mortgage rates to rise much in the face of higher interest rates also serves as a reminder of how we sometimes overemphasize how much rates affect us in real life.

Keeping perspective on rates and what they mean for your purchases isn’t just for new homebuyers. If you’re thinking of taking out a loan for a car, or putting some money on a credit card, higher rates also can have an impact. But don’t overthink how big the impact might be.

The same is true even with longer-term loans for a mortgage.

“When you look at 3.5% versus 4%, or 3.25% versus 3.75%, it sounds like a lot—but ultimately, when it comes down to how much interest you’ll pay over the course of a 30-year loan at 3.5 versus 4, then it doesn’t make much of a difference,” said David Settle, curriculum development manager for Investools®, education affiliate for TD Ameritrade. “And if you get out of the mortgage in 10 years, what is the difference in the amount of interest you pay in course of those 10 years? Not big.”

There are two bright sides to higher interest rates. First, look at some of the reasons they’re going higher. They’re going up now because business spending is better, the labor market is improving, and other economic indicators also look better. When rates rise because of a strong economy, it could mean buyers are more confident, and confident buyers can afford higher interest rates for their home or car. The other good thing about rates going higher is the chance for improved compound interest, which helps power your savings.

What does all this mean? It’s OK to keep your eye on the Fed, but don’t let that be your sole guide to decisions about borrowing in your own life.