Dig deeper with your research of the industrial economy to uncover the companies that effectively embrace big data and the industrial Internet of things. 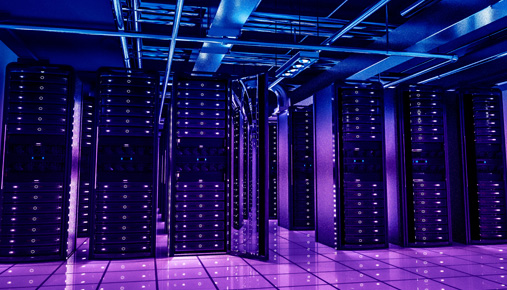 Caterpillar’s (CAT) yellow earth-moving muscle is hard to miss on job sites around the world, but those machines might be even mightier if the company’s deeper push into the digital economy pays off. It’s all part of the realization by CAT and other big industrials that embracing (and selling) big data could accelerate their expansion.

Like other big industrials, 90-year-old Caterpillar has thrown money at technology and innovation in 2015. Why? Manufacturers want their equipment to capture, analyze, and share big data; for example, analytics staff at CAT HQ in Peoria can read the oil pressure gauge on a mining truck in Australia. General Electric (GE) can now do the same with its locomotives. And that’s just one aspect of this digital evolution.

The notion of the Internet of things (IoT) has already pushed into the investing vernacular. IoT allows objects to be sensed and controlled remotely across existing network infrastructure, creating opportunities for more direct integration between the physical world and computer-based systems. Using a shared API, they can speak with one another even if they use multiple protocols. Think smart homes decked out with energy-saving thermostat sensors.

But now that term has a cousin—the industrial Internet or the industrial Internet of things (IIoT), depending on whom you ask. It links fields of study that span machine learning (algorithm predictions), big data, IoT, machine-to-machine communication, and cyber-physical systems (including robotic surgery or nano-level manufacturing). The goal? Reading and analyzing data in real time to prompt any necessary adjustments in operations.

It’s a fast-growing segment of the economy. By 2020, there will be 26 billion devices connected to the Internet, including smartphones, cars, appliances, tablets, and, yes, monitoring sensors on industrial machinery, says Ericsson (a communications technology and services provider whose networks control 40% of the world's mobile traffic) in its annual Mobility Report.

A New Look at Old Industrials

Digging by stock investors might include uncovering whether industrials expand digital capabilities in-house through research and development or by partnering with (and in some cases buying) the technology firms that can make equipment smarter and provide value-adds to equipment sales— meaning bigger margins.

Investors often have to distinguish between short-term share catalysts and long-term drivers. As companies grapple with a spotty global economy (big customer China, in particular, is sputtering) and a strong U.S. dollar’s sting on multinational profits, investors may be asking if all this tech money is well spent.

Caterpillar certainly thinks it’s worth it. The company dedicated $2.14 billion to product-oriented research and development last year. In March, the company announced an investment in Chicago-based Uptake Technologies, a data analytics firm co-founded by Groupon’s (GRPN) Brad Keywell. CAT started a venture fund in Silicon Valley and opened a data innovation lab at the University of Illinois at Urbana-Champaign.

But its biggest digital move was born in-house. In April, the big industrial opened its own analytics and innovation division.

“We can transform the mountains of incoming data—from a single machine or engine, an entire job site, the supply chain, a shipping location, and much more—into valuable information for our customers and suppliers more efficiently and effectively than anyone else,” said Rob Charter, Caterpillar group president with responsibility for the Customer & Dealer Support division.

CAT’s technology push comes as its traditionally sourced earnings have suffered with a weakening mining environment and lower prices for oil and key mined commodities, particularly copper, coal, and iron ore. It had already lowered earnings expectations based on slowing demand for construction equipment in China and a stronger dollar’s pull on global profits. CAT’s 2014 revenue fell to $55.18 billion from $55.66 billion in 2013. For 2015, the company expects revenues of around $50 billion and earnings per share of $4.75.

CAT is not the only one. Tokyo-based equipment firm Komatsu and industrial and consumer conglomerate GE kicked off a data partnership in April that allows mining companies to find the most efficient trucking routes and drive faster on mine sites. GE has been aggressive in its promotion of efforts to modernize its products, adding sensors to locomotives, for example, so it can predict when axles are going to break down. GE, in fact, recently shed its former profit center—its finance arm—to refocus on upgrading its more traditional businesses.

Business consultancy Accenture thinks the potential payoff of product-service hybrids is enormous because these processes can stretch across the entire supply chain. In a 2014 report, Accenture said global investment in the IIoT is predicted to reach $500 billion by 2020, a 2,400% increase from the $20 billion spent in 2012. Companies that introduce automation and more flexible production techniques to manufacturing can boost productivity by as much as 30%, and predictive maintenance of assets can save companies up to 12% over scheduled repairs, reduce overall maintenance costs by up to 30%, and eliminate breakdowns by 70%, the report says.

Paul Daugherty, chief technology officer for Accenture, adds: “Business customers will always need products and services that create more value for them. For example, Michelin solutions is using sensors inside tires that, combined with analytics, can coach truck fleet drivers on how to save fuel. Daimler AG, the carmaker, has created a rental service called car2go that forgoes the typical centralized rental office in favor of a downloadable smartphone app that allows users to access cars directly wherever they are parked.”

Catching Up or Getting Ahead?

But industry spending could be steep, some argue, because U.S. industrial sector R&D will have to do some major catch-up.

According to Brookings Institution research commentary posted on its site, “the United States is losing ground relative to other countries on measures of innovation performance and capacity. For example, the U.S. share of global R&D and patenting is falling much faster than its share of global GDP and population, meaning that U.S. slippage cannot simply be attributed to demography or macroeconomic convergence. Likewise, America’s research dominance looks less impressive after adjusting for the size of its working age population.”

It’s clear that the blending of industrial and digital economies will continue, but for investors and corporate decision-makers, the question is always how fast is too fast, how expensive is too expensive, and when to potentially jump on board anyway.

In other words, investors must ask themselves: are we talking bulldozer speed or locomotive speed to push into digital? And what’s best for my portfolio?

FIGURE 1: WHAT DRIVES THE INDUSTRIALS? The Company Profile feature on TD Ameritrade’s thinkorswim® platform helps traders and investors decipher a stock’s business drivers. Log in, open the Trade tab, type in the ticker, and click Company Profile. Plus, there’s a page of information at your fingertips when you click on Company Overview. Trefis information and estimates used in Company Profile are provided by Insight Guru, a separate and unaffiliated firm. Stock prices are impacted by numerous factors and estimates of prices in the future are not guaranteed.