Tea is hot, and that’s good news for consumers and investors looking for a new beverage to tempt their taste buds. 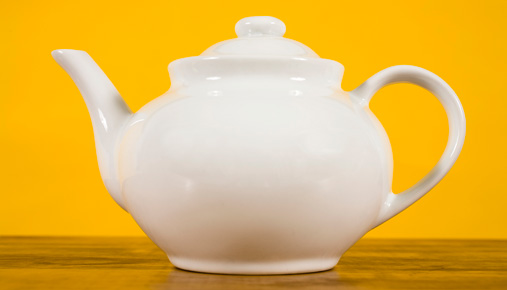 Tea is getting hot.

That’s significant to tea lovers—a growing group, as evidenced by the increasing number of tea shops and counters in the U.S.

“This is the advent of great tea in coffee shops in America,” said Taylor Cowan, co-founder of specialty tea company Spirit Tea. “In the next five years I think you’ll see tea highlighted for the land where it grows, the process, the farmers—much as you see for coffee.”

It’s Cool to Drink It Hot

Like most innovations these days, that’s with thanks to the generation of millennials who are gulping down tea the way their parents did coffee. Some four in five consumers identify tea as a go-to beverage, with a whopping 87% of millennials at the forefront, according to the Tea Association of the U.S.A.

What are tea lovers looking for? The kind of high-end specialty tea (and experience) they’ve grown accustomed to in the myriad coffee shops that dot U.S. cities and towns. Not surprisingly, Starbucks wants in on the trend; it recently picked up Teavana, with plans to open tea-centric shops under the brand.

What’s in a Name?

Americans are getting picky about our teas, too, not falling for just any old black or green tea. We are taking a page from the Chinese and their love of named teas, such as the classic green tea “Clouds and Mist,” which is available at most Starbucks.

That’s big news to Cowan. “That you can order Clouds and Mist is a huge development in the U.S.,” he said.

Prices can vary widely because, unlike coffee, there is no futures market for tea. Much depends on demand from the Chinese, the world’s biggest tea consumers, Cowan said. It’s not cheap, either. The highest-quality version of Dragon Well tea in China has sold for $5,000 a pound.

Cowan looks forward to Americans becoming more sophisticated about their tea, which could bring about a change in our value perceptions.

“If you think [about] the way wine was 30 or 40 years ago here, great wine … was French and you had it on nice occasions,” he said. “What changed is the perceived value of wine. It will be interesting to see if tea gets to that level of sophistication.”

As far as investing in this trend, there aren’t many pure-play investments. DAVIDsTEA (DTEA), the Montreal-based chain, only recently went public, so its track record is limited. Starbucks (SBUX) is likely to become a big kahuna in tea, but it’s currently still driven by coffee. Other companies with tea as part of their brand include Coca-Cola Co. (KO), which owns the bottled iced Honest Tea, and Unilever (UN), owner of Lipton and other tea brands.

Right now the beverage sector is under pressure as iconic brands are increasingly losing their panache with the ever-evolving tastes of U.S. consumers, according to a research report by Rabobank.

But tea represents a positive trend for these companies, Euromonitor International said, as some of the top soft drink brands now bottle teas. Sales of Gold Peak, for example, are up 22% year to date.

So next time you’re in a coffee shop and see Black Pearl tea listed on the menu, rather than simple oolong, you’ll know you’re part of the hottest beverage trend around.

Learn about this tool and others »
Print