There are many ways to hedge your portfolio, but should you? 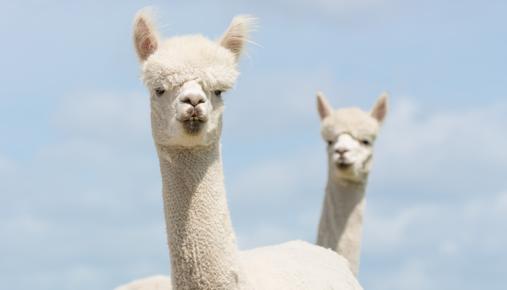 Those of you who remember the 1967 children’s classic Dr. Dolittle may recall an odd animal called a pushmi-pullyu. It’s basically a llama with separate heads at opposite ends of its body. It appeared as if the creature spent most of its time working against itself—not unlike how it may appear when a trader puts on a hedge.

A portfolio (or an individual position) hedge is sometimes placed when a trader sees the potential for an adverse market condition. There are several different ways to hedge an investment, including:

Playing Short-Term with a Long-Term Mindset

Remember that when you hedge, you’re only doing so in the short term, relative to the long-term growth objectives of your portfolio or position. With that in mind, it’s best to use some objective criteria to determine the optimal time to put on your hedge, and more importantly, when to take it off.

These criteria can generally be broken down into three categories: technical, fundamental, and seasonal.

Technical
This includes the various forms of technical analysis indicators, such as those based on price and volume.

For example, if you are holding a position in a stock because its price is above its 200-day moving average—often a sign that a stock is in a long-term uptrend—you might decide to hedge the position if it breaks below a short-term moving average.

Or, if the stock entered a pattern that indicates it might be going sideways in the near term, you could sell calls against the position to lower your net cost.

Fundamental
Probably the most obvious criteria in the fundamentals category would be earnings per share, but it could also include other fundamental data such as:

In general, fundamental factors often take a long time to play out, so they’re not always an ideal way to trigger a hedge. However, they might make sense in some scenarios.

For example, if a company is going into an earnings call, you might consider putting on a hedge that would be designed to cap any extraordinary downside move caused by an earnings surprise.

Sometimes the introduction of a new product, a favorable legal ruling, announcement of a new CEO, or other fundamental factor can cause a price spike in the short term that you don’t think will last. In such cases, you might want to consider hedging your position temporarily until you feel the euphoria has settled down.

Seasonal
Some companies have products and services that experience seasonality—regular annual intervals of boom and bust—and often their earnings and stock price will follow the same pattern. You might consider hedging a stock you believe in when it enters what tends to be an adverse seasonal period.

Should You Just Take a Hands-Off Approach?

Despite the myriad ways to hedge a position or portfolio, hedging can be very tough and mentally taxing to execute successfully. This is partly because, despite the logical underpinnings of hedging, on some level it might feel like you’re betting against yourself—an odd sensation for most investors, and one that brings to mind Dr. Dolittle’s pushmi-pullyu.

The other difficulty with hedging is timing. Putting on a hedge can be somewhat straightforward if you use objective criteria, and taking it off can sometimes be relatively uncomplicated—when the trigger for the hedge resolves itself. The trouble can occur if that resolution doesn’t materialize.

For instance, what if you put on a hedge when a short-term moving average breaks, but the price continues lower instead of recovering? Or what if you hedge after a stock has a spike, but then the price just continues higher? In these scenarios, a hedge could weigh down your core position, or worse, your hedge could be doing fine while your larger, long-term position begins to erode.

Using objective criteria to enter and exit long-term positions and avoiding hedging may work for most investors. But if you decide to hedge, try to do it in a way that doesn’t resemble a two-headed llama.

*The covered call strategy can limit the upside potential of the underlying stock position, as the stock would likely be called away in the event of substantial stock price increase. The long put strategy provides only temporary protection from a decline in the price of the corresponding stock.  Should the long put position expire worthless, the entire cost of the put position would be lost.