Listen Up: Will Hearables Become a New Tech Category? 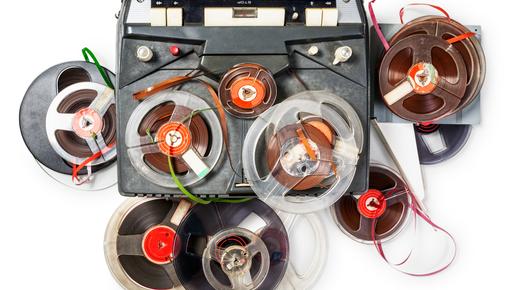 Wearable technology, such as Fitbit (FIT) and the Apple (AAPL) Watch, have been all the rage the past few years as devotees use these devices to track step counts, heart rates, and other health metrics.

But wearables may be getting an upgrade.

Hearables like the wireless Apple Airpods, and smart speakers such as Amazon’s (AMZN) Echo, may just be the beginning of a whole new segment of technology.

Electronics trade magazine EE Times cites research by WiFore Consulting that says hearables will be the fastest-growing wearable market, with sales over $16 billion forecast by 2020.

“The reason is that hearing is perhaps the most important sense—even more than vision. Ask any videographer, and they will confirm that a good audio track trumps the video track, which users will forgive for glitches if the audio track is pristine,” the magazine said.

And hearables might be able to make further inroads than the Fitbit and other one-function wearable technology, according to Wired magazine. Unlike novelty-based items that consumers must be convinced to wear, ear devices feel more natural, the magazine said, adding that since the Walkman debuted in 1979, portable headphones have become the most widely adopted wearable device in the world.

But Should Your Portfolio Listen?

Although the $16-billion-by-2020 forecast from WiFore seems extreme, EE Times pointed out that Samsung has also entered the market, possibly making it seem more realistic. Samsung’s Gear IconX ($199) features touch controls, 4 GB for music and storage, and fitness tracking. Alphabet-owned Motorola (GOOGL) has the Hint ($129), which has some limited smart capabilities, and Sony is also expected to come out with wireless earpieces.

Aside from the big names in wireless earphones like Alphabet, Apple, and Samsung, there are a few smaller companies in this space. Earlier this year German-based company Bragi launched a successful Kickstarter campaign to create the first wireless earphones, the Dash ($299). They also hold music, storage for up to 1,000 songs, fitness and heart rate tracking, and an ear bone mic for calls.

Several other companies are looking to break in. Privately owned Doppler Labs plans to have its “Hear One” ready in time for the holidays. The firm says its device will allow users to stream music, take phone calls, reduce unwanted noise, amplify speech, and more.

As with other wearable technology, most of the publicly traded companies producing these hearable devices include them within a portfolio of many other technology devices. So right now, investing in a pure-play “hearable” company isn’t possible. But given that technology changes quickly, there may be a different hot trend in the years to come, so prudent investors may choose to consider a diversified tech company.

Visit this page daily for the latest market moves »
Print