Spooky Sales Spike on Halloween, May Hint at Strong Christmas

Halloween spending looks to be on the rise, and that could give investors a hint about the key Christmas shopping season and how it might affect retailers’ bo 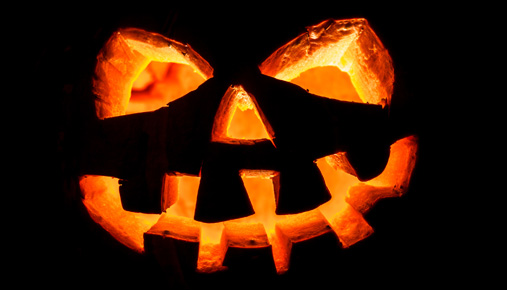 Looking for that perfect Donald Trump or Hillary Clinton mask to scare friends with this Halloween? Stocking up on candy for trick-or-treaters?

So are a lot of people, it seems. Americans take Halloween pretty seriously, and this year appears to promise some wicked spending. More than 171 million people could celebrate the fall holiday, spending an average of $82.93, up from last year’s $74.34, according to a survey by the National Retail Federation (NRF). Total spending on Halloween could reach $8.4 billion, an all-time high and up 20% from a year ago, the NRF said.

Seven in 10 consumers will hand out candy, the NRF said, and nearly half will decorate their homes or dress in costumes. Additionally, about 20 million people will go all out and dress up Rover or Fluffy in some sort of costume, according to Party City Holdco Inc. (PRTY), a party goods retailer.

Does a robust Halloween shopping season tell investors anything about what to expect this Christmas, when holiday sales often have a huge economic impact?

An $8 billion holiday like Halloween might look like a rounding error in a roughly $18 trillion economy. But Christmas can be a true economic force, with hundreds of billions of dollars spent and hundreds of thousands of people hired by retailers. In 2015, for instance, holiday sales totaled $626.1 billion, the NRF said. That was up about 3% from the previous year.

If Halloween sales spike, as NRF’s survey suggests they might, that could help lift expectations for end-of-year retail activity. A jump in holiday spending has the potential to help retail stocks and to lift retail sales data, an indicator that often can affect the stock market.

“Maybe people are loosening up their wallets,” said Scott Connor, director of trader education, TD Ameritrade. As a possible indication, Connor pointed to the Conference Board’s September consumer confidence data, which at 104.1 was the highest in nine years.

Halloween Buying Up Nearly 100% Since Heart of Great Recession

Halloween spending dropped more than 19% in 2009, at the height of the last recession, to $4.78 billion. Since then, as the economy emerged from recession and grew moderately, spending on Halloween rose 46% to nearly $7 billion in 2015. If sales this year reach the NRF’s projections, they would be up nearly 100% from the depths of the recession.

“It’s maybe the difference between a big candy bar and some hard candy or bubble gum,” said Kevin Hincks, a senior specialist and trader education host at TD Ameritrade. Meaning: people might go for cheaper trick-or-treat items in a recession year. “Halloween is a vague measurement of the overall economy, but it is one tool.”

Hincks added that retailers are beginning to make inventory decisions ahead of Christmas, so perhaps Halloween sales could be one factor playing into their plans.

Do the Sector Mash: Which Benefit from Ghosts and Goblins?

Certain sectors could get a slight boost from busy Halloween traffic, and the same ones conceivably would see a lift if the strong Halloween sales spill into Christmas. The consumer staples sector, which includes big-box stores and grocery stores, comes to mind first, simply because costumes and candy must be bought somewhere.

These days, much of that shopping is done through online retailers, which offer basically everything one can buy at the local costume and candy store. Nearly 40% of Halloween customers younger than 45 purchase their costumes online, while older shoppers almost exclusively buy costumes at physical stores, according to a 2015 survey by Internet Retailer.

For online purchases, Amazon (AMZN), eBay (EBAY), and Etsy (ETSY) are popular sites for Halloween, the newsletter said, while physical stores that see a lot of Halloween traffic include consumer staples names like Walmart (WMT), Target (TGT), and consumer discretionary company Party City. Amazon and Etsy also fall into the consumer discretionary sector, while eBay is listed in the information technology sector.

“Discount retailers, like Walmart, Target, and Costco [COST], often benefit from high-margin Halloween merchandise, which is why you’re seeing their product displays showing up so far in advance these days,” Ekberg said. He added that Halloween isn’t a “make-or-break” situation for any large sector or industry, but can be important for smaller, niche companies.

So what’s the bottom line on Halloween? According to NRF, consumers plan to spend $3.1 billion on costumes, $2.5 billion on candy, $2.4 billion on decorations, and $390 million on greeting cards.

“Halloween is a bit like Christmas in that you can’t get caught empty-handed,” Connor said. “When kids show up at the door, you need to have the candy. What consumers are willing to spend on that candy is what we’ll be watching for any clues to upcoming Christmas sales.”

Use Stock Screener to narrow selections based on sectors like retail. Log in at tdameritrade.com > Research & Ideas > Screeners > Stocks.

What Impact Will COVID-19 Potentially Have on the Travel Industry? 3 min read Impact Investing: Clean & Renewable Energy and Your Portfolio 5 min read Streaming Company Wars: What to Add to Your Investing Watch List 5 min read

Securities mentioned are for illustrative purposes only and are not a recommendation.