Growth stocks aren’t limited to small-caps. Some large-caps may be poised for growth as well. 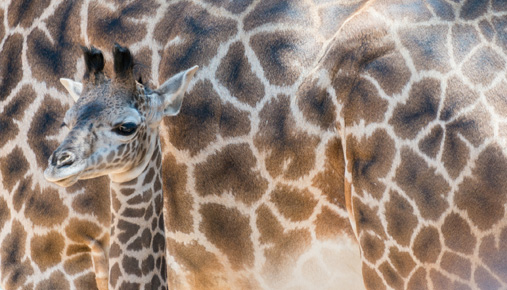 When we think of growth stocks, we often think small-caps—early-stage companies that are small, nimble, and cutting edge. But many large-cap stocks and sectors are poised for growth, bolstered in some cases by huge cash balances and strategic placement that can allow them to capitalize on emerging trends.

A growth stock is a company that is in a growing industry, has the potential for both high sales growth, and strong profitability, says Rob Lutts, CIO of Cabot Wealth Management. "Looking at growth stocks, we also look for companies with strong business models that have key advantages over competition."

U.S. large-cap growth stocks include some of the best companies in the world, says Sean O’Hara, president of Pacer ETF Distributors in Paoli, Pennsylvania. "They have scale and infrastructure in place. Given the right environment, they can react quickly and take advantage of the opportunities," O'Hara says.

Diversification can be a key to successful investment in large-cap growth stocks. "Many of these companies have a beta more closely related to and in many cases lower than the S&P 500," says JJ Kinahan, chief market strategist at TD Ameritrade. Exposure to large-cap growth stocks could be “a good way to offset volatility concerns," Kinahan explains.

How does this approach compare with value investing? Value stocks are in a sense a haven for bargain-hunting investors who are attempting to capitalize on better-than-expected performance. Typically, a value stock is one that is trading below its perceived intrinsic value. Meanwhile, large-cap growth stocks, in general, are growing either their earnings or revenues above the category average.

How to spot them? "If earnings are growing at 11% for the S&P 500, large-cap growth companies would show earnings in excess of that amount," says Patrick O'Hare, chief market analyst at Briefing.com.

Caveat emptor. "Not all large-cap stocks are great companies. Some are saddled with high debt balances that will be challenging in a higher interest rate environment as they roll over that debt. Look for the companies with the strongest balance sheets and the highest free cash flow yield," Pacer's O'Hara says.

The current macro environment may be shifting, as a new presidential administration means new policy priorities. That could mean opportunities in certain large-cap stock sectors. For example, many of the large-cap growth stocks are international companies that hold a large portion of their cash overseas. "If the tax reform that President Trump talked about on the campaign trail can be implemented and allow companies to repatriate cash at a lower rate and lower their overall tax rate—those companies stand to be big beneficiaries," Kinahan says.

Industrials. The industrial sector includes companies that relate to construction and manufacturing. "Industrials are poised for growth because President Trump has made it clear as a part of his platform that he intends to invest heavily in our infrastructure," says Pacer's O'Hara. For investors looking to add exposure to this sector, O'Hara suggests: "Buy the highest quality names with the strongest balance sheets."

A faster pace of economic growth could also support large-cap names in the financial sector, says Briefing's O'Hare. "There are expectations this sector will be one of the major drivers of earnings growth this year. Faster economic growth means more people are using credit, and banks will be more willing to lend as a benefit of deregulation."

Information technology. This sector includes technology powerhouses such as Microsoft, Cisco, Alphabet, and Apple. Briefing's O'Hare calls this sector a "cash cow" amid the high cash balances seen at many individual companies.

Having cash provides a company with far more options to grow and perform well. High cash balances and high free cash flow yield are important because cash is the lifeblood of a company, says Pacer's O'Hara. "Companies flush with cash can use that cash in only a few ways: to pay dividends, invest it back in their business—including acquisitions, pay down debt, or buy back shares. All of those things are generally attractive to investors," O'Hara says.

Transportation. Lutts points to electric vehicles and autonomous driving, which are subsectors of the transportation industry, as large-cap growth stocks poised for growth. "The automobiles we are driving today are pretty much the same as they were 100 years ago—it’s time for change," Lutts says.

Electric vehicles are three to four times more energy efficient than the combustion engine, Lutts notes. "Autonomous driving will be a large safety and productivity boost for all drivers.

Health care. Last, but not least, Briefing's O'Hare points to the health care sector as a space that houses some key large-cap names poised for growth. Health care may not be considered a typical growth industry, and yes, it faces high levels of uncertainty surrounding the proposed repeal of the Affordable Care Act. But sheer numbers and demographics favor this sector looking ahead, O'Hare says.

Two Sides of the Coin

Where there is opportunity, of course, there is also risk. "The risks going forward are all tied to what the expected returns are deemed to be," says Pacer's O'Hara.

"If we don't get higher rates, then that would be a headwind for financials. If we don't get infrastructure spending, that will hurt industrials, and if we don't get tax reform and decreased regulation, then that should dampen everyone's expectations. So far it appears President Trump intends to fulfill his campaign promises, but if his plans get bogged down or watered down in Congress, then expectations for future revenue and profits would be diminished," O'Hara says.

For investors who are looking for higher growth, in addition to high-quality, large-cap companies, consider adding some mid-cap exposure to your portfolio, O'Hara says.

"This may provide that extra bit of growth. Traditionally, mid-cap stocks have performed better over time versus large-cap and small-cap," O'Hara concludes.

Sift through Sector Candidates and Sort by Capitalization

Use Stock Screener to narrow selections based on sectors, and even sort by capitalization. Log in at tdameritrade.com > Research & Ideas > Screeners > Stocks.

All investing involves risk, including loss of principal.