Gross domestic product (GDP) data is one key to understanding U.S. economic health. It’s a closely watched number that can affect fiscal and monetary policy as well as corporate planning and strategy. 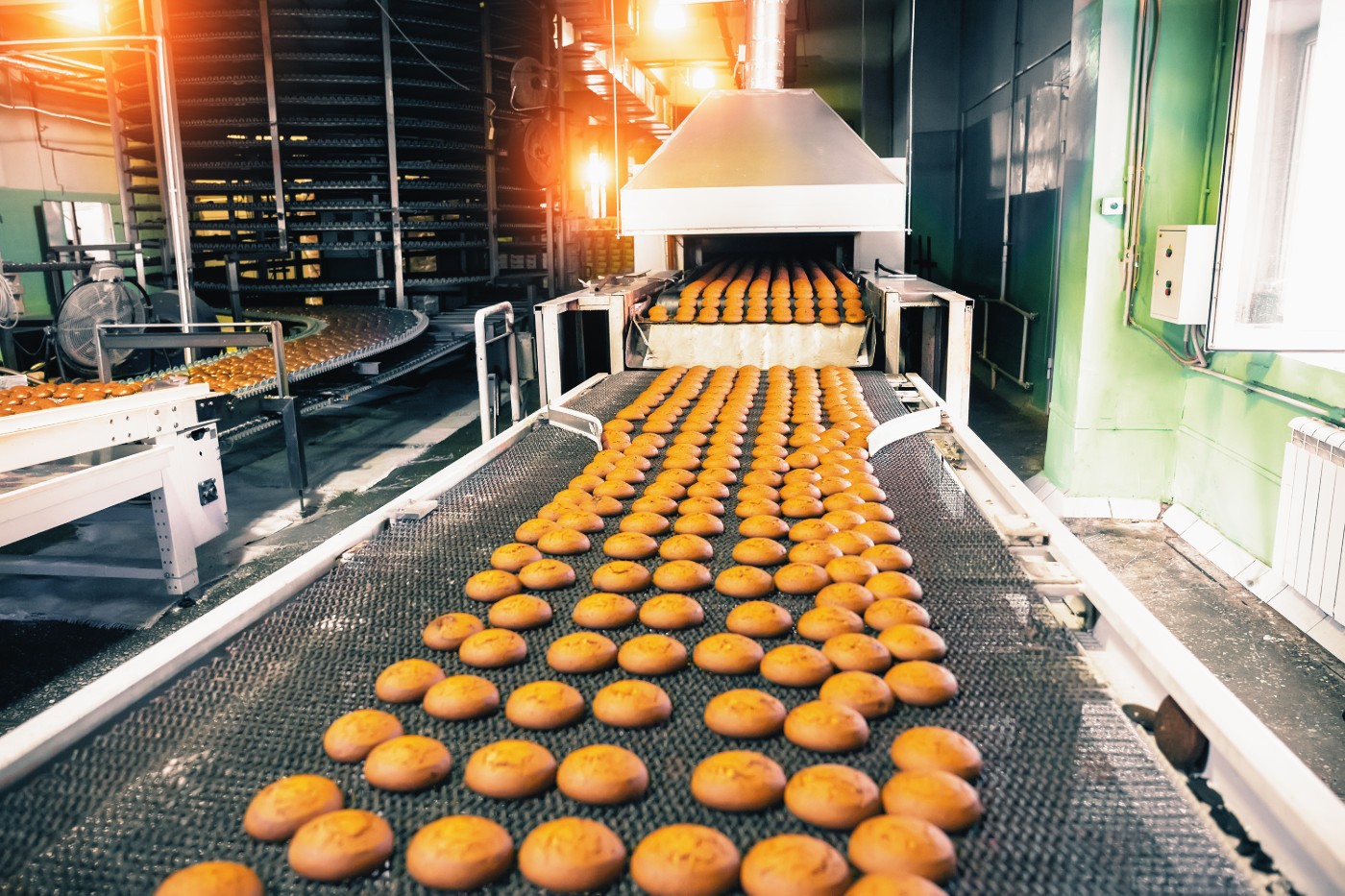 When economists want to analyze whether the economy’s expanding or slipping into a recession, the first place they often turn to is the U.S. gross domestic product (GDP) report. What is GDP, and should investors also monitor it closely? This massive basket of data, the biggest and most comprehensive economic indicator, reveals the economy’s bottom line each quarter, measuring how much total output has increased or declined.

“If you wonder why GDP is important or why people care, it’s because the data truly show productivity of the country and whether our economy is growing or sinking,” said JJ Kinahan, chief market strategist at TD Ameritrade. “That can help you to set long-term prospects for the equities or indices you invest in.”

From a big-picture, macroeconomic standpoint, the GDP report is extremely influential. During the COVID-19 pandemic of 2020, for instance, it helped investors understand exactly how the lockdowns affected U.S. economic growth, from record declines in Q2 of that year to record gains in Q3. Looking ahead, economists will closely follow future GDP reports to see how the economy emerges from this unprecedented period.

One thing to keep in mind: The data series is a quarterly number, which means it’s somewhat old news by the time it comes out. Remember: Markets are forward-looking. But there’s no getting around it—GDP represents the “final score” for the U.S. economy each quarter, and many investors tend to closely watch the GDP growth rate to get a sense of economic health. “It absolutely matters because the market pays close attention to it,” Kinahan explained.

Here’s what you need to know about GDP.

Report name: Gross Domestic Product
Released by: U.S. Department of Commerce, Bureau of Economic Analysis
Release date: Generally the fourth week of the month; day of the week can vary
Release time: 8:30 a.m. ET
Best trait: A lot of information all in one place. “This is the catch-all report,” said Patrick O’Hare, chief market analyst at Briefing.com. “If you are an economist, the GDP report will provide messages for you in one fell swoop.”

The GDP formula breaks things down neatly into four categories:

One weakness: The GDP report is old news. “It is a must-read for economists, but less so for equity traders,” O’Hare noted. “The U.S. economy is huge, and it takes a while to get everything together. We don’t get the advance estimate until a month into the next quarter. And, because of the size of the economy, you get two subsequent revisions. It is somewhat dated, and that can reduce its [market] impact.”

Because GDP is revised twice, think of it as coming in threes: The first estimate followed by the two revisions over the rest of the quarter. Typically, it’s the first number that makes the most splash, because it comes only a few weeks after the data-collecting period ends. The revisions come weeks later, meaning they have less relevance to the market unless they get adjusted substantially, which seldom happens.

Another thing to remember is the annualized nature of the report. When annualized GDP declined 31% in Q2 of 2020 during the grip of COVID-19 and then rebounded more than 33% in Q3 of that year, those numbers reflected how the economy would perform on an annual basis if the same quarterly pattern held for an entire year.

Basically, the year-over-year quarterly decline in Q2 was actually between 7% and 8%, but the data showed that if it continued falling at the same pace the next three quarters, it would fall 31% annually. Confusing? Sure, but it’s important to understand context or you might get an exaggerated sense of how well (or badly) the economy is performing.

But over time, GDP has grown. Figure 1 shows these declines—and subsequent recoveries—in the larger context. And note that as of early 2021, GDP showed a year-over-year decline.

FIGURE 1: GDP HAS GROWN STEADILY, BUT TENDS TO FALL DURING RECESSIONS. To view on the thinkorswim® platform, go to the Analyze tab > Economic Data, and select any report or topic or type into the Search box. Data source: FRED database. FRED® is a registered trademark of the Federal Reserve Bank of St. Louis. The Federal Reserve Bank of St. Louis does not sponsor or endorse and is not affiliated with TD Ameritrade. For illustrative purposes only. Past performance does not guarantee future results.

Generally, U.S. economic growth has ranged between flat and 3% over the last two decades, outside of recession years. That’s slower than 3% to 4% growth often seen in the post-World War II decades. According to economists, many things help explain this, including a shift toward spending on services more than goods, higher savings rates by consumers and companies, slowing innovation, and an aging U.S. population.

How Does GDP Relate to Your Investments?

Once you understand what GDP is all about, the next question might be how to use the data to frame your investments in the short term as well as the long term.

Like many things macroeconomic, it depends. O’Hare, for example, rated GDP as a four or five on a 10-point scale. “The tradable impact is going to be proportional to the size of the surprise in the number itself,” he commented. After all, markets tend to “price in” pre-report estimates, and subsequent price reactions can be related to a report either under-delivering or over-delivering.

There are a few ancillary ways to use GDP. Here’s a sampling:

Why Is GDP Important?

GDP matters—a lot. Because it measures the entire economy and everything in it, it’s considered by many to be the final word on economic health, so it can and does influence Wall Street trading. It can also influence Fed policy. As an investor, this is an economic indicator you should consider getting familiar with and monitoring every time it comes around on the calendar. 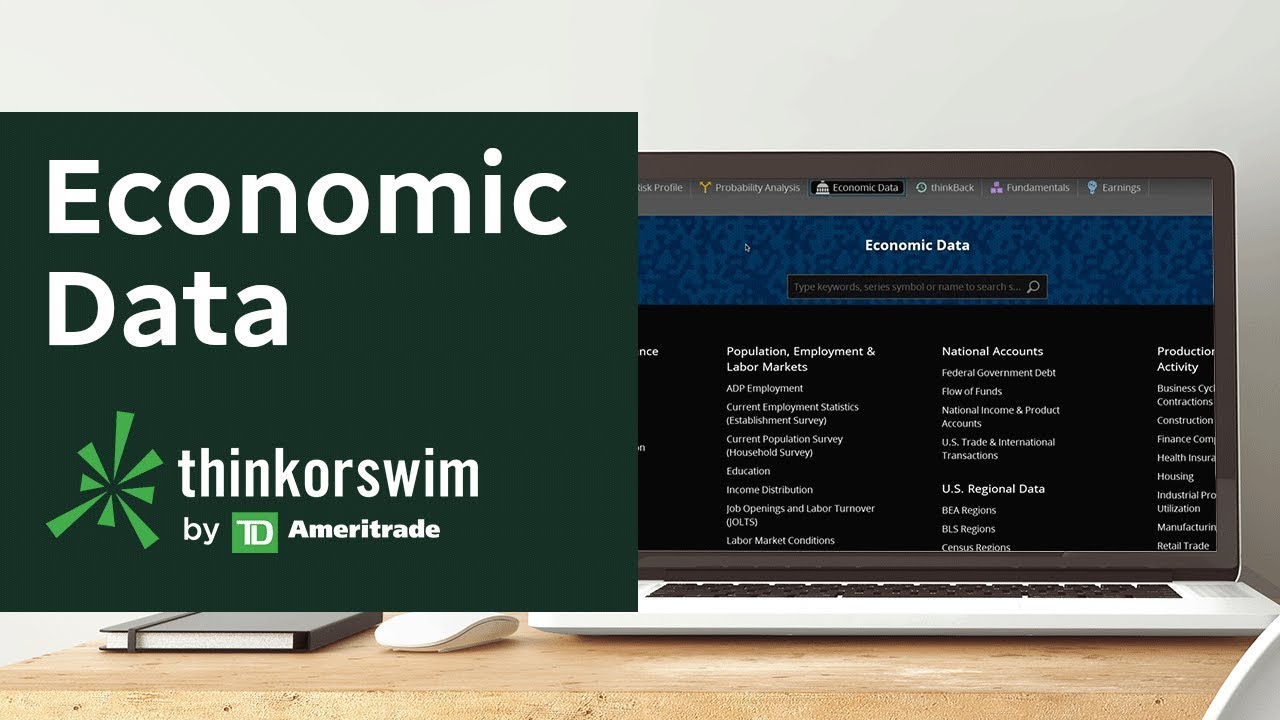 TD Ameritrade and Briefing.com are separate and unaffiliated, and not responsible for each other’s services or policies.