Learn about the risks and potential benefits of "socially responsible" fixed income investing, or what some call "green bonds." 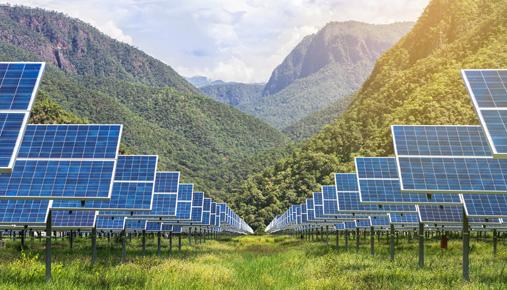 Green bonds were created to fund projects that have positive environmental and/or climate benefits, but, actually, they’ve been around for at least two centuries, long before the green label. In short, they’re municipal, corporate, and private bonds aimed at doing good. Examples include environmental projects like wetland reclamation, social and governance activities that fund affordable housing, fighting climate change, building renewable energy infrastructure, and more.

The money raised from green bond sales should be put directly toward "do-good" causes. Like their traditional counterparts, green bonds are considered loans to issuers with interest paid for a given period of time until the bond principal is repaid.

Government entities of all sizes have long used municipal bond funding to attempt to benefit the public good for economic development projects. These range from construction of the Erie Canal, which connected the Great Lakes to the Atlantic Ocean in the early 1800s, to funding recent infrastructure modernization projects throughout the U.S., according to a “Green Muni Bonds” July 2017 report authored by two lead portfolio managers for TIAA  Investments.

“While green projects are not exclusive to governments, public agencies are frequently behind significant green initiatives,” according to the report. Investor demand for responsible investment strategies is fueling a 133% drive to $8.72 trillion last year in what is called the “labeled” green bond market, the report says. (There is no legal definition of a green bond.)

Citing figures from the Forum for Sustainable and Responsible Investment, the report said that the market has soared compared to its $3.74 trillion in 2012. The report notes, however, that “the vast majority of all municipal securities that have a positive environmental impact do not carry the green bond designation.”

The Climate Bonds Initiative (CBI) said there has been $87.5 billion invested in bonds aligned with its definition of green since the beginning of the year. It expects 2017 to end with a total investment of $105 billion.

Although there’s no legal definition, green bonds do have widely accepted rules of the road known as the Green Bond Principles (GBP). These are voluntary guidelines and standards that lay out transparency and disclosure expectations for green bonds. The GBP were created in 2014 by a committee of the International Capital Market Association and updated in June 2016 to promote integrity in the development of the green bond market.

Some municipal bonds are favored for their tax-exempt status and their appeal as part of a diversified fixed-income portfolio. Some investors have shown enthusiasm for corporate-issued green bonds as well as the newest addition to the pack, exchange-traded green funds, which were launched for the first time this year.

There are plenty of things to consider before you venture into the world of green bonds, including: