Fiscal Stimulus and Portfolio Strategy: Sail Toward the Action or Stay the Course?

Policy makers often use fiscal stimulus to stoke the economic embers and guide the economy toward long-term policy aims. Should you incorporate cues from fiscal spending into your portfolio strategy? 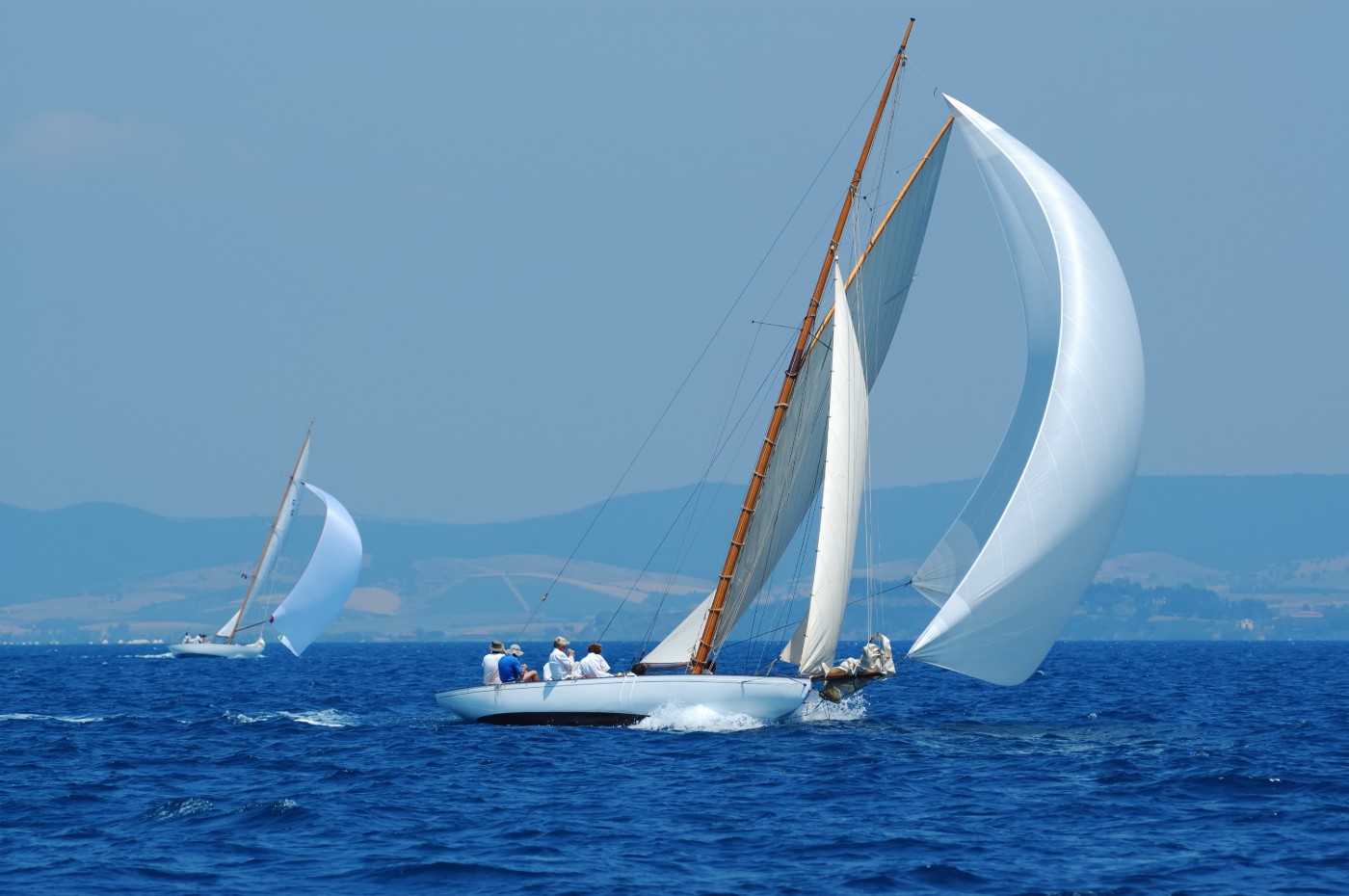 Janet Yellen thinks we need it. So does Jerome Powell. We’re talking fiscal stimulus, of course, and Congress appears ready to pass its third one within the past year—with encouragement from the Treasury secretary and the Federal Reserve chair.

Wall Street embraced the idea, with major stock indices posting new all-time highs in early 2021 based (in part) on hope that another stimulus can recharge the economy. But as an individual investor, are there specific ways you should approach your portfolio strategy as more money pours out of Washington? Here’s a rundown.

Why Stimulus, and Why Now?

“For years, the Fed has buoyed the economy through monetary policy, employing a number of unconventional tactics, in an attempt to stave off deflation or a downturn,” said Keith Denerstein, director, guidance, at TD Ameritrade. “They’ve pleaded with Congress to complement their policies with fiscal stimulus, but it took the pandemic for lawmakers to respond.”

It certainly helps that Yellen did a stint as Fed chair prior to joining the Biden administration as the head of Treasury.

Past precedence, however, paints a murkier picture, making it tough for investors to simply plug in and go when Congress acts.

There are a number of precedents to consider, but here are two recent examples: last year’s CARES Act, which injected about $2.2 trillion, and the 2009 stimulus during the last financial crisis, which was a little less than $1 trillion. If you’re an investor eyeing this new proposed $1.9 trillion stimulus President Biden is expected to sign by mid-March, it’s important to understand what effect past stimulus measures had on the market.

But there’s the larger issue—where fiscal stimulus (and where it might be directed) should fit in to your portfolio allocation decision.

First, let’s look at the when, where, and why. Policy makers often use both fiscal and monetary stimulus to stoke the economic embers and guide the economy toward long-term policy aims. As Denerstein explained, fiscal stimulus can be “a powerful accelerant to an economic rebound, but its impact depends on how it is deployed.”

And the effect is typically felt across financial markets; not just in the first months after it passes, but over longer time periods. Early on, a fiscal stimulus can give the market the equivalent of a “sugar high” as investors consider the possible impact of lots of cash hitting the economy, but longer-term impacts are less clear. And as Denerstein pointed out, “some policies might serve to increase consumer saving, with a smaller-than-expected lift to immediate spending.”

After the sugar high but before the stimulus works its way through the economy, the markets can go through a period of “regret” where worries about possible overheating and inflation cause stocks to dip. That’s what appeared to happen in late February when the stock market had a hiccup.

“At this point, the market’s response is more driven by fears that additional fiscal stimulus may cause the economy to overheat, leading to runaway inflation, than it is by excitement over the GDP lift that stimulus may bring,” Denerstein said.

As an investor, it’s more important to understand the long-term impact of stimulus and stay cautious about any short-term gains or losses in your portfolio.

For instance, the 2020 CARES Act—signed by President Trump early in the COVID-19 pandemic—may have been one factor in the “everything rally” that started last spring and continued through most of the year. It’s said that a rising tide lifts all boats, and in this case that applied to the stock market … except for two sectors:

The other nine S&P 500 sectors marched together, with so-called “defensive” parts of the market rising even as growth areas like Tech and Communication Services led the way.

Lessons from the 2009 Financial Crisis and Stimulus

It’s natural to think growth sectors would always be leaders in any sort of stimulus-related rally, but that’s not always the case. Consider back in the 2010–12 period. The economy was coming out of recession and had just received a stimulus.

A look at sector performance then doesn’t show much pattern at all:

The upshot? In the long run, the 2009 stimulus did help the economy, according to a report by the Congressional Budget Office. It added to real GDP and led to reduced unemployment. These are things that tend to help the stock market, so if it happens again with the new stimulus, long-term impacts could be positive overall—but the sector winners and losers might not be the ones you expect.

This time around, the stimulus may have resulted in rising asset and housing prices. The stock markets have seen risk-on assets skyrocket, bitcoin go over the top, and retail trader participation increase. But that’s the short-term reaction and doesn’t necessarily lend itself to portfolio strategy, which requires a longer-term view.

Over the long haul, all sectors fall in and out of favor. Sometimes the market favors growth, while other times it favors value and stability. And depending on where you are in your investing journey, your objectives and risk tolerance may or may not support chasing sectors with the perceived “hot hand.”

And, as Denerstein explained, the market anticipates policy moves in advance, so by the time a stimulus bill is passed, its impact may already be priced into the markets. “At that point, if you’re trying to chase performance within an industry you expect to benefit from stimulus, you could set yourself up for a ‘sell the news’ event if expectations fail to match reality,” he noted.

So, before you go piling in and out of stocks, sectors, and asset classes, take a step back and assess how fiscal stimulus can influence the way you construct your portfolio. The answer might mean considering not only your outlook on the various segments of the market, but also how they match against your objectives, risk tolerance, and investing time horizon.

Case in point: In the aftermath of the 2009 crisis, clean energy was one of the top policy priorities (and stimulus targets) of then-President Obama and congressional leaders. Many investors jumped in, as the chart of the Nasdaq Clean Edge Green Energy Index (CEXX) in figure 1 shows.

FIGURE 1: SLOW ROAD TO CLEAN ENERGY. After a stimulus boost in 2008–09, the Nasdaq Clean Edge Green Energy Index (CEXX, candlestick) pulled back and chopped around for a decade before breaking out to the upside. Meanwhile, the Energy sector (IXE, purple line) saw long periods of both outperformance and underperformance. Data sources: Nasdaq, S&P Dow Jones indices. Chart source: The thinkorswim® platform. For illustrative purposes only. Past performance does not guarantee future results.

Notice that, after an initial pop in 2008–09, CEXX fell back, then chopped along for more than a decade before taking off to the upside in 2020. Meanwhile, the Energy sector as a whole (IXE) saw periods of both outperformance and underperformance. However, the sector is dominated by large oil firms with a long history of dividends, whereas the clean energy industry contains many startup and early-stage growth companies that don’t typically pay dividends.

A growth-oriented investor with a long time horizon might be OK with the patience required to hold such positions. But what about a retiree who’s targeting income through dividends?

The rising tide of stimulus has the potential to lift all boats. But in reality, stimulus may lift some more than others. Some boats don’t get lifted at all. And some get an initial lift but fall victim to a tide that can change quickly.

If you’re looking to shift your portfolio sails in hopes of catching a stimulus tailwind, make sure you know the direction you’re heading, and that the wind speed is in sync with the time you plan to spend on the water.

All investments involve risk, including loss of principal. Past performance does not guarantee future results. There is no assurance that the investment process will consistently lead to successful investing.  AdChoices