The fast-casual restaurant industry is growing faster than the economy. Find out which companies and stocks are benefiting from this growth. 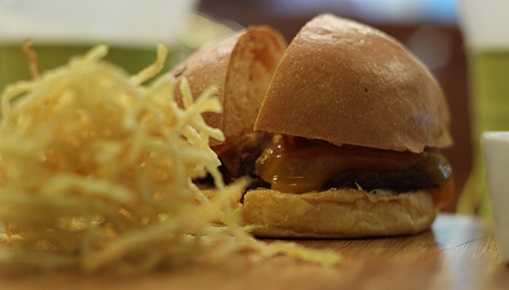 The fast-casual restaurant boom continues, with popular chains like Dave & Buster’s (PLAY) and Wingstop (WING) among some of the standout restaurant brands around.

Food-industry researcher Technomic said in its 2016 annual report on the largest U.S. restaurant companies that the 500 largest restaurant chains accelerated their 2015 cumulative sales growth to a 4.9% increase, totaling an estimated $288 billion. Not bad in an economy that’s growing by about half that much.

The introduction of all-day breakfast pushed restaurant behemoth McDonald’s (MCD) to dominate the list at number one, but other, small-cap companies also made the top 500, like gourmet hamburger maker The Habit (HABT), which was the 14th-fastest grower. Concepts that focused on healthy offerings, such as Zoës Kitchen (ZOES), which serves Mediterranean dishes, also saw strong sales growth in 2015.

Technomic is not the only researcher seeing this trend. In its top 100 report, Nation’s Restaurant News noted some of the fastest-growing chains were small-cap stocks. Dave & Buster’s was eighth on its list of fastest-growing chains, saying the brand improved its menu, marketing, and merchandise. It also led the casual dining segment’s system-wide sales growth, at 16.3%.

A few of the popular restaurants are also doing well on Wall Street, with Dave & Buster’s and Wingstop two of the standouts.

However, now may not be the time to fill your plate or portfolio with small-cap restaurants, says John Person, president of NationalFutures.com.

“Small-cap stocks have two arguments against. There are not a lot of investors interested in the space now, so they’re on the sidelines. Second, there are headwinds to growth. There was concern about Brexit, negative interest rates worldwide, the presidential election, and possible fiscal policy changes that brings,” Person said.

And he notes that foodie darlings like Shake Shack (SHAK) and Red Robin Gourmet Burgers (RRGB) haven’t performed well after their IPOs. Person says that what sets some restaurants apart is that they’re more than just a place to eat. “Restaurants that do well are like a Dave & Buster’s, which is an experience, more than just a restaurant.”

He said because a number of these restaurants are well off their highs, “you could nibble at a few of these because prices are low, but the issue is your money is idle because many small-caps don’t pay dividends,” Person said.

A Buffet of Stocks Awaits

Want to learn more about stocks in the restaurant sector? Screener tools can help you find and put stocks to the test before you dig in.