Three Monthly Economic Reports That You Should Be Checking

Oftentimes economic reports can move markets, which means you might want to brush up on your macroeconomics. 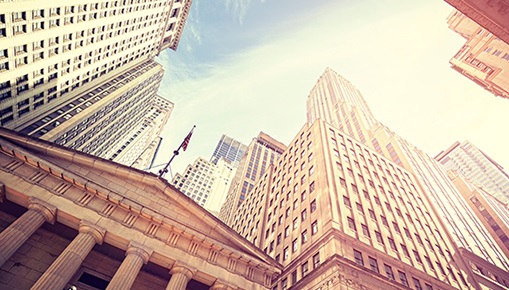 Have you ever heard of the NFP or CPI? How about GDP? These acronyms and many others are important statistics that measure various aspects of the U.S. economy. Most of these statistics are updated on a monthly basis and communicated to investors via official U.S. government reports. Oftentimes these reports can move markets, which means you might want to brush up on your macroeconomics.

The U.S. economy is the largest in the world and has millions of moving parts. The collective trends in these moving parts can reveal if the economy is growing or shrinking, whether people are getting hired or fired, and whether companies are able to grow earnings or not. Over long periods of time, corporate earnings tend to be the key driver of stock prices. So it’s paramount that investors pay attention to economic indicators.

One of the most important economic indicators is the labor market. The economic report that measures the labor market is known as the Employment Situation Summary, but goes by other names like the “labor report” or “jobs report.”

One important component of the jobs report is non-farm payrolls (NFP). This measures the number of new jobs created or lost during the last month, excluding farm-related jobs because these can be seasonal and volatile. The NFP can cause sharp movements in markets because the creation or loss of jobs tends to have a big impact on consumer spending. And consumers drive much of the U.S. economy.

“We’re in an environment of watching the Federal Reserve, and we know that they look at this report and particularly for hourly wages, as a growing hourly wage leads to inflation pressure and the Fed currently has a target rate of 2%” for inflation, says JJ Kinahan, Chief Market Strategist at TD Ameritrade.

The jobs report is released on the first Friday of the month at 8:30 AM ET and is subject to revisions.

GDP: Adding Up All the Goods and Services

Another influential report is gross domestic product (GDP). The GDP measures the total value of goods and services produced in the U.S. economy. When you hear phrases like, “The U.S. economy grew by an annualized rate of 2.2% during the first-quarter,” the journalists are referring to the GDP report.

The GDP is measured on a quarterly basis and it takes a while to tabulate all the transactions that go into calculating the GDP. This means the GDP report can be a little dated by the time it’s in the news. This can be important because markets are forward-looking mechanisms and attempt to discount the next GDP report before it’s news. Nevertheless, investors tend to keep close tabs on the trend in GDP and are always on the lookout for recessions. A recession is when GDP drops in two consecutive quarters.

The GDP report is generally released in the fourth week of the month at 8:30 AM ET and is frequently revised.

CPI: Prices of Goods and Services

Investors also tend to follow the Consumer Price Index (CPI). The CPI measures prices of a basket of goods and services. The CPI is generally used as a measure of inflation. When it comes to investing, inflation can be a little like Goldilocks and Three Bears: too much or little inflation can have negative consequences.

The sweet spot for inflation, as determined by the Federal Reserve, is about 2% per year. This is a target set by the Fed and it’s why investors pay close attention to the CPI and other measures of inflation. The CPI is released monthly and is likely to remain an influential economic indicator for the foreseeable future.

The CPI report is typically released on the third Tuesday of the month at 8:30 AM ET.

Commentary provided for educational purposes only.