What Drives the Dow? Know Which Stocks Drive the Markets

Know how stock indices are calculated. Some are cap-weighted, some are price weighted. 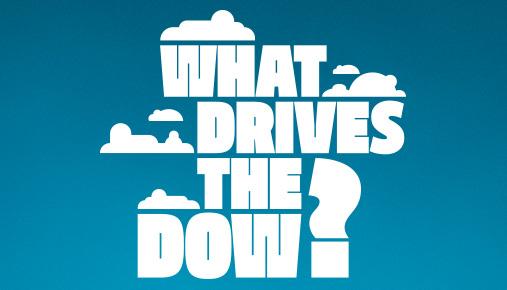 Like clockwork, the local weather guy says all kinds of stuff on the nightly news. You know the basics, but even though you’re nodding your head, you have no idea what “plummeting central pressure at the rate of an additional 25 millibars” really means.

Whether you’re braving gale-force trades all day long, or your quieter, trade-free IRA account feels like year-round sunshine, you’ve certainly heard of the Dow, NASDAQ, and S&P 500. After all, countless news outlets blast their closing values nightly. And most everyone pays attention, ’cuz—hip or not—these indices drive global markets. If you own a portfolio, it’s quite likely that you have one or more stocks that are part of an index. So, when the news guy says an index closed at a certain level, is it just regular rain that could potentially flood your basement, or a scary millibars thing?

Every index comprises a set number of weighted stocks. But not all indices are weighted the same, which is something traders often overlook.

Take these three leading indices as an example: the NASDAQ 100, the Dow Jones Industrial Average (herein referred to as the Dow), and the S&P 500. The NASDAQ 100—considered a tech index by many—consists of 100 non-financial companies. This index is “capitalization-weighted” (cap-weighted), meaning the component securities are weighted based on market cap (price times the number of shares outstanding). The S&P 500 is also cap-weighted. The influence of this weighting means a handful of larger companies make up most of an index’s total market cap. Not surprisingly, larger-cap stocks can have a significant impact on the index’s movement. Peruse both indices in terms of caps. See which stocks rank in the top 10. Should these stocks move big in a single day, you’ll likely see a noticeable impact in the index’s movement. And don’t overlook that some stocks exist in more than one index.

The Dow represents 30 large-cap, dividend-paying stocks. The index is weighted by price, making it an average of all its stock prices. (In math-speak, that’s the total of all stock prices, divided by the number of stocks.) Price weighting means that smaller companies can make up a larger percentage of the index, but have a disproportionate influence. For example, Gavorin Com (GVRC) may have greater sway than, say, Phystil Com (PHYL), only because GVRC’s price is higher. At the closing bell, it doesn’t matter that GVRC, by market cap, is a smaller company.

Short-term—Through the lens of a shorter-term strategy, sophisticated options traders might consider selling puts on some of the Dogs. Say ABCD stock made it to the Dogs list and is trading at $53.38. You could sell a 50 put for, say, $2.80, less transaction costs. If the stock price stays above $53.38 through the expiration date of the options contract, your put would have expired* worthless, and you would have made $280, less transaction costs. If the stock price goes below $50 prior to expiry, you will likely be assigned the shares and end up purchasing them at $50 per share at a time when the current price of the underlying stock is lower. But, if you happen to purchase the shares before the ex-dividend date, you could potentially pick up some dividend yield.

Long-term—A longer-term strategy may involve buying vertical spreads on LEAPS (Long-Term Equity Anticipation Securities—these are options with nine months or longer to expiration) on the Dogs. Because this is a longer-term strategy, it could tie up your capital for the duration of the trade, which means you may have to sacrifice other opportunities. It can be difficult to close a position before expiration, absorb any profits or losses, and free up capital to take advantage of other opportunities.

Look Beyond the Clouds

Should the market move and reporters react, knowing the flow of indices will help sensitize you to which stocks are actually making moves.

In general, if the S&P 500 moves big, expect its largest-cap stocks to have potentially created the bigger impact. If you hold stock positions or options on the index, this insight can help you strategize your possible position plays. It could work the other way, too. Based on earnings reports or other public data, if you expect a big price change in one of the Dow’s top 10 stocks, you may want to trade in that particular stock.

You may have heard of “Dogs of the Dow.” Users of this strategy buy the 10 highest-yielding Dow stocks at the start of the year and then rebalance at the start of the next year. So, each year they’re investing in dividend stocks. Sure, it’s a more conservative, long-term approach. But some sophisticated traders could also add some of those “Dogs” to their plate by trading their options.

It seems counterintuitive, but often, only a handful of stocks drive some of the markets’ most dramatic moves. Being aware of these stocks will take you one step higher on your market awareness ladder. So, when you see Auntie Em hollering for Dorothy, it may be because the markets, like the skies, are talking.

What Does the Post-COVID-19 Investing World Look Like? 5 min read New Year, New Investments: Financial Strategies for 2021 5 min read The Silent Value Killer: How to Prepare Your Portfolio for Inflation 5 min read

Jayanthi Gopalakrishnan is not a representative of TD Ameritrade. The material, views, and opinions expressed in this article are solely those of the author and may not be reflective of those held by TD Ameritrade, Inc.

*Please note that the Dogs of the Dow stocks are dividend-paying stocks, and if there is an ex-dividend date between the sale date and the expiry date, there is a greater likelihood of early assignment on or shortly after the ex-dividend date. It is not possible to invest directly in an index.