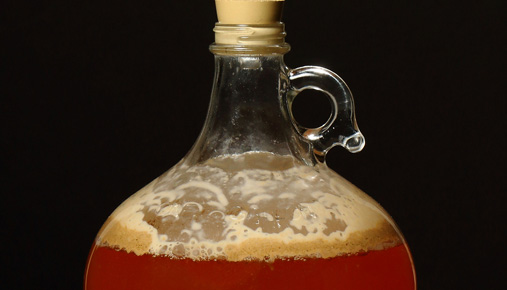 If there’s a dad in your life who likes the whole craft food trend, or has a thing for cool technology, new gadgets for the home hobbyist might be a fun gift this year.

The do-it-yourself movement is finally going mainstream, and with a little help from technology, amateur chefs and home brewers can up their game.

Tom Mirabile, trend forecaster for the International Housewares Association, said at a recent home and housewares show that in 2017, more people will likely look to express their creativity at home. These people want unique experiences—to learn and to share—but in a casual atmosphere.

“Here I felt like I was doing something really good for myself. And as a snack food, it was so much more satisfying than eating a piece of candy, because the intense flavor of the fruit was so amazing. I’m a food writer and I’m obsessed with food and quality, and here I thought the quality was far superior to what is available in stores," she said, noting her next project will be to make beef jerky.

A bit of data is coming out to back up the trends. The American Homebrewers Association said that as of 2013, there were 1.2 million homebrewers, while NPD Group, which tracks consumer and retail data, says foodies are leading the craft-coffee boom, using home roasters, pour-over cones, French presses, and vacuum brewers.

Crack Open a Cold (or Hot) One, Homemade

Manufacturers are responding to this lasting trend, coming out with high-tech gadgets to help amateur crafters make their favorite foods quickly and easily. For the dad who likes to play around in the kitchen, Japanese housewares company Zojirushi has a smart bread machine that makes 15 course selections from traditional breads, but also hard-to-make varieties like gluten free. It even has a cake setting.

For the dad who’s shied away from home brewing because of the mess and time involved, some providers of home products are making it a snap. PicoBrew lets brewers make five liters of fresh craft beer in a week. Another Alchema allows hobbyists to make hard cider or wine at home. Both come in sleek units that can sit on a countertop, eliminating that fermented-food scent.

Is Dad more interested in getting crafty in his portfolio? Although most of these products are being made by startups, privately held, or foreign-based firms, at least one U.S.-based publicly traded firm is getting into the crafter scene. Newell Brands (NWL), which picked up the Mr. Coffee brand in its 2016 acquisition of Jarden Corp., was lauded by some technology sites for its new smart brewer. And as this trend takes hold, we may see more companies cooking up new products for the home hobbyist.