In low-interest rate environment, investors sometimes look to dividend-paying stocks as a mean of generating income. 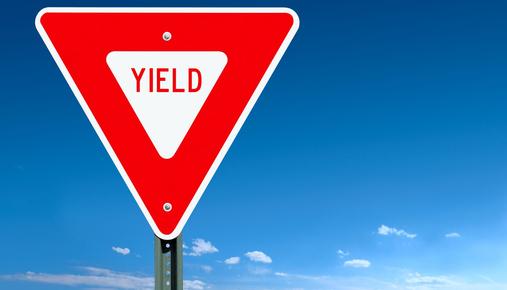 Many yield-seeking investors look to stocks that have historically paid high dividends as a potential means of generating more income than can be found in bank savings vehicles. Although consistent dividends are not guaranteed, and even the bluest of blue-chip companies can fall on tough times, when the return on Treasury bonds is barely breaking 2%, dividend stocks tend to gain favor with some investors.

“Dividend-paying stocks have fallen in and out of favor over the last year as the belief that the Federal Reserve was going to raise interest rates has wavered,” Kinahan says.

The Fed has raised rates twice this year, and some investors expect it to do so at least one more time. The Fed’s initial projection was to raise rates four times this year. Last year, the Fed also fell short of its rate-raising forecasts. In other words, although interest rates are rising, the pace has been slow, which means interest rates may continue hovering near historically low rates for quite some time.

Dividends are one piece of your stock investment return; the other is price appreciation. But one common theory of stock valuation, the dividend discount model, says a stock is worth the present value of all future dividend payments. So, from that standpoint, dividends can matter a great deal over the long term, especially if you plan to reinvest dividends into additional shares.

Let’s take a look at what a dividend is and how it plays a role in a portfolio.

What Is a Dividend?

It’s a portion of the company’s earnings paid out in cash or shares to stockholders on a per-share basis, sometimes as a lure to get investors to buy the stock. Dividends are generally paid out of earnings as a reflection of the company’s strength, although some companies have been known to borrow funds to cover their dividend payouts. That is sometimes a warning signal that cash flow is trickling.

How Are Dividend Yields Calculated?

Some blue chip companies might seem like they are—they’re what Wall Street calls the dividend aristocrats. Those are companies among the S&P 500 that have both the ability and the willingness to pay dividends to shareholders—and to do it at higher rates year after year for more than 25 years. Although the dividend aristocrats have historically outperformed the market, even during dips like the last recession, there are no promises when it comes to stock picking—even when the track records are long.

What Happens When Dividends Are Cut?

For investors, that’s a double whammy. Not only are the fixed payments lowered, but the share price generally falls, too, which means the value of the investment has headed south. The dividend aristocrats don’t typically cut dividends, but as with anything in investing, past performance is no guarantee of future success.

A change in management can prompt a cut, or economic conditions sometimes force companies to slash the payout. ConocoPhillips (COP), for example, was the only one of the big three oil companies to cut dividends early last year after the plunge in oil prices led to more “prudent” future planning, as Chief Executive Ryan Lance said in a statement at the time. Earlier this year, COP got back to raising dividends.

One way to keep tabs on whether dividends will be slashed is to look at the cash flow statements on the company’s quarterly reports. If it appears more cash is being paid out in dividends than the company is generating, the company may consider cutting or even doing away with the dividend.

Do I Hold Dividend-Paying Stocks Forever?

That, of course, will depend on your stock strategy, but many financial experts encourage investors to look at their stock holdings quarterly to ensure they’re meeting the goals set out for them. That includes dividend-paying stocks.

“The closer in yield government fixed-income bonds get to the yield that you experience from your stock, you should start asking yourself about what ultimately is the safer investment,” Kinahan says. “At the end of the day, your capital is still your primary concern.”

Payment of stock dividends is not guaranteed and dividends may be discontinued. The underlying common stock is subject to market and business risks including insolvency.