Discount Airlines May Impact the Travel Industry (And Your Plans)

What impact might discount foreign airlines have on U.S. carriers, the travel industry, and potential investments? 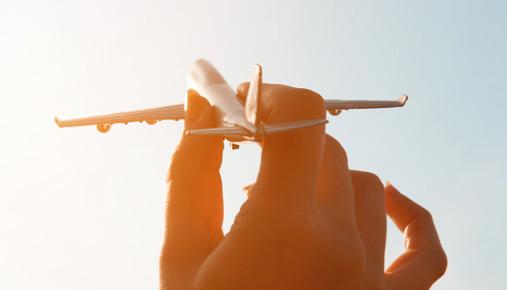 Are those cheap airfares to Europe and other far-flung destinations giving you the travel bug? Or are they bugging your portfolio more?

In the past few years, discount carriers like Norwegian Air and Icelandair have staked a toehold in key airline hubs such as New York and Chicago. Newer aircraft that can fly longer have helped these discount airlines add the U.S. to their routes, which means discount Asian airlines may soon be touching down on the West Coast, too, offering competition to U.S. airlines.

Wind Under The Wings

Because the European startup airlines have just entered U.S. airspace, it may be too soon to estimate their impact on U.S. carriers, but aviation researchers say it may be worth looking at how U.S. budget airlines swooped in to grab market share.

The success of budget airlines can be traced back to their business model, which posits that cost is not equal to price, said SIS International Research, a global market research firm.

That can be seen in the offerings from airlines like Norwegian Air, which at one time was selling $175 one-way flights from Chicago to London. A further look at what passengers get for that price shows extremely bare-bones service—essentially, one carry-on bag. Creature comforts like checked baggage and food are extra costs; plus, Norwegian flies into Gatwick Airport, not London Heathrow Airport.

In 1993, a U.S. Department of Transportation study showed that whenever Southwest entered a market, there was a significant reduction in average market fares and Southwest gained passenger volume. This was dubbed the “Southwest effect.”

A joint August research paper from the University of Virginia and Campbell-Hill Aviation Group, LLC, showed this “Southwest effect” continues: fares drop by an additional 15% and traffic increases by 28% to 30% when they enter a market.

There are two factors that investors—and travelers—should keep in mind. Legacy carriers aren’t just idly sitting by as other airlines come in for landing. Sometimes they’re joining forces with each other. In July, Air France-KLM bought a 31% stake in Virgin America, while Delta Air Lines (DAL) and China Eastern Airlines bought a 10% stake in Air France-KLM.

Meanwhile, some discount airlines have been grounded, like Air Berlin, which recently filed for bankruptcy.

All of this suggests the next few years may bring some new routes for fliers—and maybe for investors, too.