Investors and the Fed closely watch monthly Consumer Price Index (CPI) data, but there’s another inflation measure that the Fed values even more. 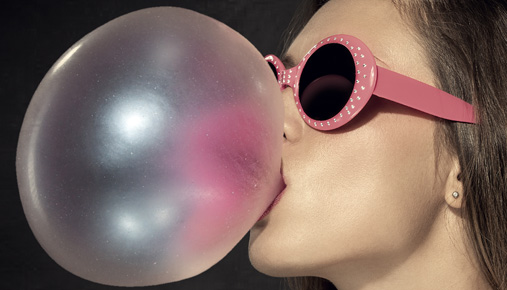 Inflation has been stubbornly low in recent years, but that hasn't always been the case. Inflation hit a whopping 14% in 1980, a period that some economic historians call the “Great Inflation.” At that time, inflation soared due to energy shortages, wage and price controls, recessions, and fiscal imbalances.

Today, the Federal Reserve has its binoculars zoomed in on the economy, looking for signs of an inflationary pick-up from current subdued levels. Low prices may sound good, but they can also signal weak demand, which in turn can translate into sluggish growth. Deflation, the opposite of inflation, is now a concern in many large economies, including Europe and Japan.

Can inflation hit the Federal Reserve's 2% target this year? The jury is still out on that one. But heightened focus on the inflation outlook may keep Wall Street hypersensitive to monthly inflation reports. Here's what you need to know about the data.

Best trait: The CPI report is a monthly measure of how consumer prices change for a large range of goods and services. This is a significant measure for many, as it dictates the annual cost-of-living adjustment for Social Security increases each year and is also utilized by a number of labor contracts, which revolve around the changes in CPI, says Patrick O'Hare, chief market analyst at Briefing.com. "This is one of the most important inflation measures as far as the market is concerned," O'Hare says.

Good tip: While many investors focus on CPI, the central bankers who line the halls of the Federal Reserve favor another inflation gauge known as the PCE, or personal consumption expenditures. Why? The reason may well be because of a critical weakness in the CPI. Read on.

One weakness: The CPI doesn't account for any substitution bias or effect, O'Hare explains. What does that mean? Basically, "the Bureau of Labor Statistics’ assumption is that households buy the same basket of goods and services from month to month," O'Hare says. Price-conscious consumers, however, tend to look for the best value. "Say beef prices get high, consumers might buy more chicken instead. The CPI does not capture the substitution effect, while the Fed's preferred inflation indicator, the PCE, does. The PCE is seen as a more realistic type of inflation gauge."

Both CPI and PCE inflation reports are very tradable. “Traders always pay close attention because they offer hard data; it is not just a survey of inflation expectations. They will create trading opportunities across currencies, bonds, and stocks," says O'Hare.

Current read: For now, the U.S. remains mired in a low-inflation environment. The latest reading for CPI revealed a 0.9% 12-month change through March 2016. Core PCE, which strips out food and energy, was up 0.1% in March from February, and up 1.6% year over year.

Those readings sound far from the Fed's 2% target, which the Fed is monitoring in relation to additional rate hikes it has signaled will occur this year. But beware: "The Fed has said it doesn't need to hit 2%; just make progress toward that target," O'Hare concludes.

Mark your calendar: The BLS will release the May inflation data on June 16.

Check back next week for Part 5 of this economic reports series as we take a look at the retail sales report.

TD Ameritrade, Briefing.com and any other third party mentioned are separate and unaffiliated, and are not responsible for one another's policies, services or content.