Learn to recognize the life stages of a company and how this factor might affect your investing. 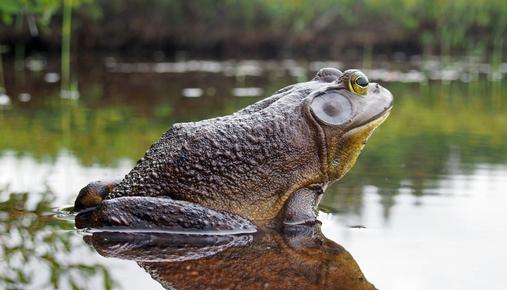 Investing doesn’t just mean finding a company you like and buying shares. It’s also about understanding where a company is in its company life cycle before you buy and ensuring your expectations line up. Like humans, companies have their own timelines, and buying shares of a green shoot can be a very different experience from buying a Dow Jones Industrial Average ($DJI) component.

What Is the Company Life Cycle?

When you research a possible investment, try and assess which stage of life the company is in. Unlike people, a company won’t necessarily die just because it’s old. Some hang on for generations, spinning off dividends to grandchildren of the original shareholders. 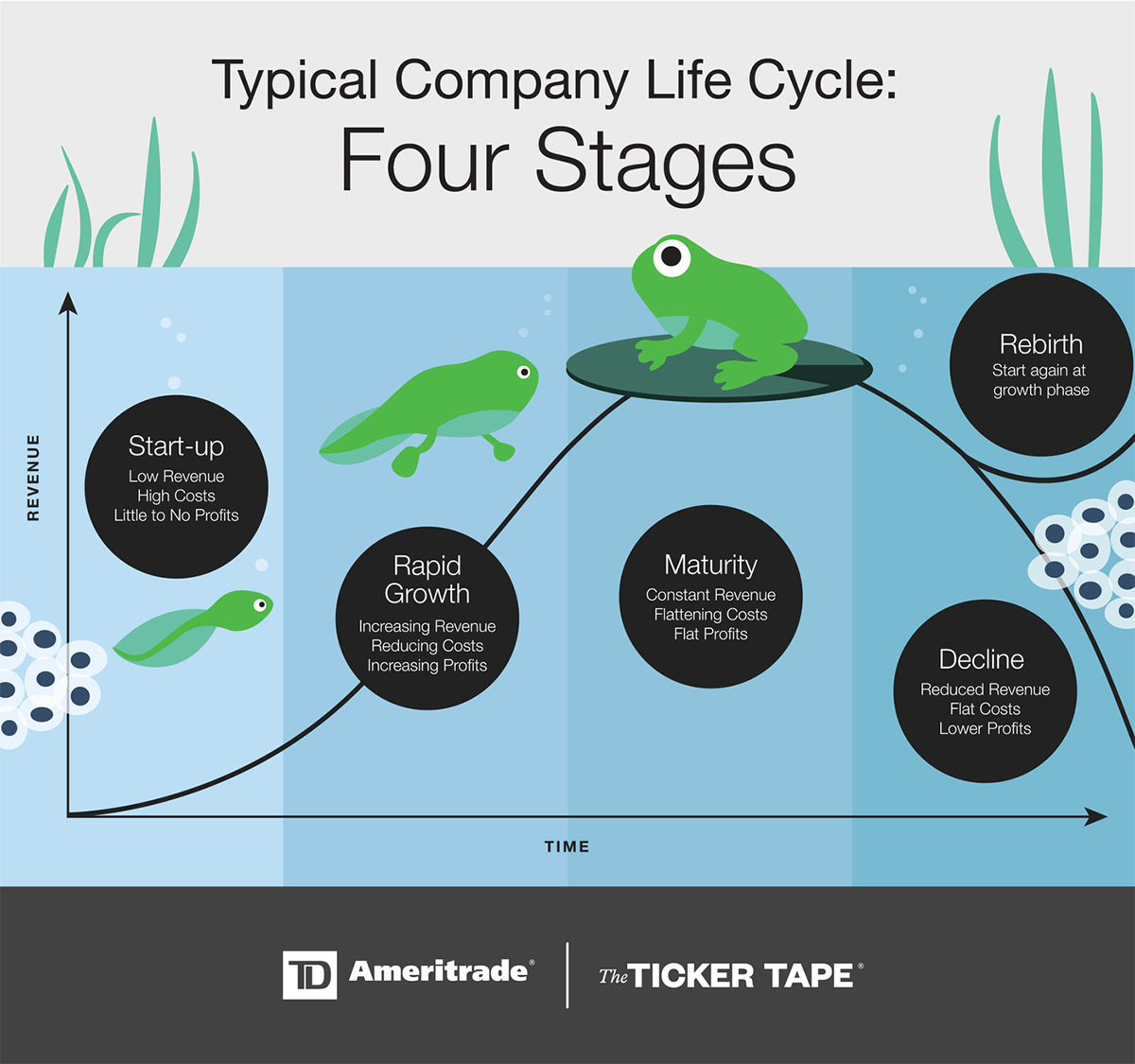 “Start-up” might conjure up a young tech company zooming higher during the internet boom. Recently, however, some major tech initial public offerings (IPOs) encountered tough sledding. Facebook (FB) stumbled out of the gate after its IPO, as did Twitter (TWTR) and Snap (SNAP).

That said, if you bought a company in its early stages, you probably did so because you hoped for rapid growth that would quickly raise its stock price. Start-ups often aren’t available as public stock, but sometimes you’ll find a small company in a sector like biotech with no products on the market and very little revenue. Such a firm might be the closest an average investor can get to a green shoot that’s usually only available in the venture stage.

Caveat: Buying a start-up could pay handsomely down the road, or you could end up losing most or all of your investment. With a biotech, for instance, a lot can depend on whether it achieves U.S. Food and Drug Administration (FDA) approval for a key product. Bad news from the FDA could mean immediate, substantial losses for investors.

Typically, the growth stage is when a company finds a solid niche, starts making profits, and begins pulling in customers from competitors. Think of Netflix (NFLX) and how it’s turned the movie industry on its head, or Tesla (TSLA) and its impact on the traditional auto industry.

Although not every growing company is going to hit those peaks, investors who buy growth stories can often find themselves piling up money along with the company, like a surfer riding a wave.

Caveat: Investing at the rapid growth phase requires patience and a little know-how. That means studying a company and its industry, listening to some earnings calls, and reading analyst reports. Discipline is important, too. Sometimes it’s hard to ignore the growth darling everyone is talking about, but if you feel the hype doesn’t justify the price, you might want to consider another opportunity.

If you’re a parent, you know life can seem a bit quieter when your offspring start to mature. If you buy into a more mature income stock with a lower price-to-earnings (P/E) ratio, it certainly can feel tranquil compared with owning shares of a young growth company—but you might need to temper your expectations.

Caveat: A company in its mature stage can appeal to those looking for less wild earning or dividend payments, but the stock price can stay range-bound for years. Check the dividend rate before buying. If it’s relatively high, you’re probably looking at a more mature firm. For excitement, consider looking elsewhere.

Decline can set in any time. Even a start-up or growth company can suddenly hit this stage. Think about Blockbuster Video, for instance. The company went public in 1999 as the largest video store chain in the world, but its business model was basically obsolete within a decade. According to Forbes, Blockbuster had a chance to partner with Netflix in 2000 and didn’t bite. You might know the story from there.

That's one extreme. The other is exemplified by Apple (AAPL). One of the original computer darlings, AAPL went public in 1980 and grew quickly through innovation. By the mid-1990s, however, the company was floundering, having seemingly lost the "Apple vs. Windows" duel. Its shares traded in the low single digits, and many analysts asked "when-not-if" AAPL would meet its demise. But AAPL turned it around with new products and product lines to become one of the largest companies in the world.

Caveat: Investing in a declining company isn’t for everyone. Not every company can rise from the ashes. If there seem to be issues, consider listening to the most recent earnings call and see if executives appear to have a plan to get out of trouble, such as a merger. Keep following the news and set a price limit at which you promise you’ll cut bait.

Use Stock Screener to narrow selections based on sectors. Log in to your account at tdameritrade.com > Research & Ideas > Screeners > Stocks.

Learn how to generate potential investing ideas with sectors »
Print