Brexit, Clearing, and the Ever-Changing Face of European Markets 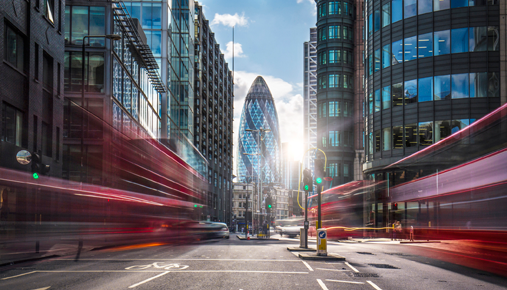 Ask most Americans where the center of the financial universe is, and they’ll probably say New York City. But there was a time during the last century when the answer would have been London. Going further back, it would have been Holland, where the first modern stock exchange—the Amsterdam Stock Exchange—was created in 1602 by the Dutch East India Company. In fact, the stock markets in the United Kingdom and their neighbors on the European continent have long been major players in the financial markets, a trait that continues even to this day.

Because of its unique geography—consisting of 50 separate sovereign countries in an area roughly the same size as the U.S.—the European stock market has traditionally been fragmented and insular. However, over the last 25 years, the creation of the European Monetary Union and advances in technology have helped consolidate trading, either via outright mergers or partnership agreements between the disparate exchanges.

Breaking Down the Main Players

Created in 1801, the London Stock Exchange is the region’s largest exchange and the third largest in the world by market cap. It’s truly a global stock exchange, listing almost 3,000 companies from over 60 countries, as well as offering trading in bonds, exchange-traded funds, derivatives, and other products. In 2007, the LSE strengthened its presence in Europe proper when it merged with Italy’s Borsa Italiana to create the London Stock Exchange Group.

Headquartered in Amsterdam, Euronext is the second largest stock market in Europe and has a history as complex as Europe itself. Developed to serve the European Union, Euronext was formed in 2000 by merging the Amsterdam Stock Exchange, Brussels Stock Exchange, and Paris Bourse. Portugal’s Bolsa de Valores was added in 2002. The combined exchange was acquired by the NYSE in 2006, and became part of the Intercontinental Exchange (ICE) in 2012, upon ICE’s acquisition of what was then NYSE Euronext. In 2014, ICE spun off Euronext as an independent exchange.

Rules and regulations governing exchanges in Europe differ from the U.S.—and even from country to country—which can create some interesting and often confusing operating structures. For example, in Germany, a stock exchange cannot act as a legal entity and requires an “organizer” to facilitate execution and exchange operations. For this reason, Germany’s largest regional exchange, the Frankfurt Stock Exchange, is administered by the Deutsche Börse Group. A similar situation exists among the regional exchanges of Spain.

Rounding out European markets is the OMX, commonly referred to as the “Nasdaq Nordic,” and owned, not surprisingly, by Nasdaq, Inc. The OMX provides a marketplace for trading securities from stock exchanges in Copenhagen, Stockholm, Helsinki, and Iceland.

Traditionally, London has been the center of clearing operations for trading denominated in British pounds, and many euro-denominated products as well. The clearing process helps reduce risk in financial transactions by matching buyers and sellers and facilitating the settlement process. But since the Brexit referendum passed last year, the European Central Bank—located in Frankfurt—has been pressuring EU countries to have more oversight.

This is serious business, and a ton of money is up for grabs. By some estimates, each day, up to $1 trillion in financial transactions goes through “The City,” as London is often referred to in financial circles. The loss of this business could have a dramatic impact on England’s economy, as up to 100,000 U.K.-based jobs could disappear if clearing operations move across the channel.

The United Kingdom is lobbying hard to keep operations focused in London, arguing that a forced relocation could lead to disruption in markets that are, by nature, fragmented, and benefit from the cohesion that a standardized clearing process provides. Remove that, they say, and you could be introducing systematic risk into the whole of the European financial markets.