Bump up the B Team: Trade on the All-Stars’ Support System

A winning well -thought- out investment plan requires you need to dig deeper to get an edge on the crowd. Here’s a few secondary ways to play big themes. 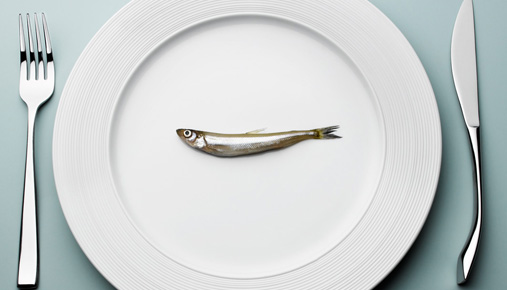 Assembling a well-thought-out investment plan, much like running a pro sports franchise, requires an ability to identify “talent.” But to get an edge on the crowd, you need to dig deeper for opportunities others may be missing. Here are a few secondary ways to play big themes.

Who wouldn’t want the portfolio equivalent of the 1990s Chicago Bulls? The thing is, everyone is looking to stock their investment roster with Michael Jordans, Scottie Pippens, and other “all-stars.”

The problem is, the “all-star” stocks have been spoken for, and they’re likely commanding too much money. To get an edge on the crowd, you need to apply some critical thinking, dig deeper, and break beyond the obvious (and over-hyped) champions to find potential opportunities that others may be missing.

Ramping up a so-called B-team strategy, or finding secondary ways to latch onto big themes or trends (the next big thing), can be accomplished a number of ways.

We’ve all gotten up close and personal with the giant corporations responsible for a host of everyday products—your food, drink, fuel, transportation, communications and entertainment. A glance at the components of the Dow Jones Industrial Average surely reveals at least a few names familiar to the average grade-schooler.

But behind those big boys is a vast web of small to midsize suppliers and service providers that help make it all possible. Many are publicly traded companies with sound management and solid growth prospects.

Forget the big beverage companies for a minute—check out some of the bottlers. Walk past the major homebuilders and take a look at the firms that, for example, manufacture high-pressure valves and nozzles for paint sprayers.

Another recent example: Technology advances have ignited a U.S. oil and natural gas boom, turning the once-desolate plains of North Dakota into a hive of drilling rigs and roughnecks. By 2015, U.S. oil production is projected to average 9.3 million barrels a day, the highest level since 1972, according to the Energy Department.

“Big oil” gets plenty of media and investor attention. But the so-called oil majors depend on numerous outside vendors to provide pipes, drill bits, and other equipment necessary to pump out the oil and gas lying under miles of earth, not to mention the means to ship it to refiners. At least two dozen publicly traded contractors serve the Bakken fields of North Dakota.

Let’s start with something bigger than all of us—like, the world—and take a space station view. What’s going on down there? For starters, there are more and more of us every day. The global population totaled 7.2 billion in 2013, and by 2050, the number of humans on the planet will reach 9.6 billion, according to the United Nations.

Use a Screener to sift through potential investment opportunities.

We all need to eat, stay warm, and do other things like dispose of our garbage. Therein lies opportunities for the savvy investor. Food is all about agriculture, of course, and this is where the biotechnology and chemical companies that sell fertilizer, tractors, and seed corn and wheat to farmers come into play.

Then there’s the trash, and the increasingly lucrative business of getting rid of it. Publicly traded waste-disposal names have been around for some time, and it’s safe to assume their services will always be in demand. More recently, the waste-to-energy industry has been seen as a growth market as older disposal methods, such as landfills, fall out of favor and the technology to turn garbage into fuel scales up.

Another way to attack this concept is to think of old-line companies or industries with new-age angles and applications.

For example, the 19th century American railroads that helped build a nation have more recently morphed into the pipelines for the fiber optic cables that fueled the Internet revolution. Glassmakers founded before the Civil War evolved to provide the screens for your smartphones and tablets. What’s old is new again.

Hot initial public offering stocks are like the big title game, to which everyone is trying to snag a ticket. But you’re setting yourself up for a letdown given the strong chance you’ll go home disappointed if vying for initial share allocation from a selling member.

There are a number of tacks available to play IPOs that don’t require you to wait in line with everyone else for the day the stock is actually offered. One is to identify the private equity firms and big banks that underwrite IPOs and/or provide early-stage funding for, say, a social media start-up or other type of business.

Typically, these underwriters get a stake in the newly public company for their efforts, which can pay off down the road if the IPO is priced correctly and performs well.

There are also a few mutual funds that invest in IPOs, as well as exchange-traded funds (ETFs), that can play both long and short sides of this market.

Be sure to read the prospectus before investing in an IPO.