The U.S. stock market is just one part of a global financial ecosystem. Learn about the economic dynamics and investment choices in Asia. 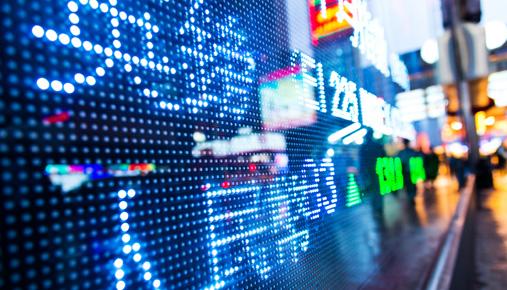 Are you one of those investors who views the financial markets as existing only between the opening and closing hours of the New York Stock Exchange?

The truth is, the U.S. is just one player in the global financial market, which starts the day—and week—not in North America, but in Asia, anchored in part by trading on the Tokyo Stock Exchange, the fourth largest exchange in the world.

Right off the bat there are some striking differences between the Asian and U.S. financial markets. In the U.S., although international factors can often affect market dynamics, the health of the market is driven mostly by the economics of the region, which is covered by one government, one set of regulations, and many would argue, one cultural identity.

The Asian market is made up of a number of countries, each with its own identity, as well as levels of economic power. This unique mixture of major, minor, and developing countries, tightly knit by geography and commerce, has historically made the region’s markets more volatile than those in the U.S. or Europe, especially during periods of political instability. But as more foreign investment has poured into these countries in the last 30 years, many of the region’s economies have stabilized.

With assistance from the U.S. after World War II, Japan was the first to develop modern financial markets, followed by markets in Hong Kong, Singapore, South Korea, and Taiwan—a group often referred to as the Asian Dragons or the Four Asian Tigers.

Then there are other countries like China and India, which, although they have two of the largest GDPs in the world, are not considered “developed economies” because of their low per-capita income, level of industrialization, and amount of infrastructure. The region is rounded out by smaller players like Thailand, Vietnam, Indonesia, and Malaysia.

Because some Asian nations' economies are more tightly regulated by the government than certain Western economies, and because the region encompasses multiple governments, the Asian market has had difficulty developing standardized laws governing commerce, and market regulations lag those of the U.S. It’s also difficult to invest directly into Asian companies because U.S. citizens often can’t open brokerage accounts with local firms.

However, there are some alternatives for those wishing to invest in the region, the first of which is via an American depositary receipt, or ADR. An ADR is a proxy for the stock of an underlying foreign company. In essence, it’s a negotiable security that trades on regulated U.S. exchanges like the NYSE or NASDAQ. Some well-known Asian ADRs include Alibaba (BABA), Baidu (BIDU), Honda (HMC), Sony (SNE) and NetEase (NTES).

Investors may notice, though, that these ADRs don’t always move the way U.S. equities do, partly because many Asian-based companies approach financial engineering differently from U.S. companies. For example, many Asian companies opt to use bank financing instead of issuing corporate debt. In addition, leveraged buyouts and the mergers and acquisitions activity that is well known to U.S. investors is less common in the region.

An ADR can be bought and sold through a broker like a share of stock, but it’s important to remember when investing directly through ADRs that each country has its own securities regulator. Many of them have regulations similar to the U.S. Securities and Exchange Commission, but there can be differences in rules covering investor protection, reporting of information, and corporate governance, for example. Be sure to conduct your own due diligence before investing.

Other alternatives for investors seeking exposure to Asian markets include mutual funds that hold Asian stocks and country- or region-specific exchange-traded funds (ETFs). These vehicles hold shares in Asian companies but are, in general, weighted and managed by professional money managers, which might relieve individual investors of the burden and complexity of creating an effective regional portfolio.

But no matter which investment approach you consider, exposure to Asia can provide a measure of international diversification in a fast-growing region that might be uncorrelated to the U.S. stock market.

Stock Trading for Beginners: Platforms, Tools, and Education at Your Fingertips 3 min read 8 Investing Books That Could Change How You Think About Money, Markets 2 min read Social Trading: Is There Really Safety in Numbers? 3 min read

Carefully consider the investment objectives, risks, charges and expenses before investing in a ETF or Mutual Fund. A prospectus, obtained by calling 800-669-3900, contains this and other important information about an investment company. Read carefully before investing.