Concerned about global warming? Expand your financial horizons with a look at climate change investments. 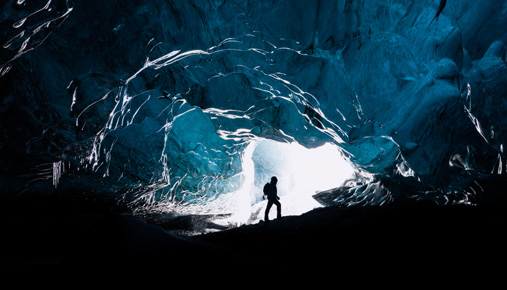 The biggest signs of climate change can be seen in Antarctica and in the Arctic, where melting ice sheets are changing the landscape, say environmental experts.

As a result, climate change investments are gaining attention from money managers, and not just those who have a specific environmental bent.

Although directly investing in Antarctica isn’t possible since the continent is protected by the Antarctic Treaty System—which, among other things, sets aside Antarctica as a scientific preserve—investors can consider how climate changes affect the north and south poles, plus the greater potential impact on their portfolios.

“Climate change … will inevitably have an impact on investment returns, so investors need to view it as a new return variable,” said global consulting firm Mercer, which released a report on the subject in June.

Mercer laid out potential impacts on portfolios depending on what happens with rising temperatures, including whether global temperatures rise 2 degrees Celsius above pre-industrial levels, a common measure in diplomatic debates around the topic. The researchers explored a 3-degree and a 4-degree change, too. Fossil fuels, particularly coal, stand to be the biggest losers, according to the report.

Additionally, Mercer said growth investments would be more sensitive to climate-change risks than defensive ones.

The changes to Antarctica and the Arctic have opened up some economic opportunities, although many questions remain on the viability of associated climate change investments.

Bill Gutowski, professor of meteorology at Iowa State University, said the loss of sea ice has opened some shipping lanes, particularly in the Arctic.

“But it’s important to know that it’s not always clear all the time. And that brings its own issues, like watching for icebergs. But that does have global impact and a commercial impact, such as how some European shippers normally would sail around South Africa to get to China. But if the Arctic was open, then that could be a consideration,” he said.

“There’s now potential access to petroleum in the Arctic, which is ironic since that’s what’s caused greenhouse gases [to rise],” he said.

The receding of the glacier covering Greenland has spurred that government to do more petroleum exploration and mining, particularly in the southwestern part of the island. Yet a January report by Tim Boersma and Kevin Foley published on the Brookings Institution website said although Greenland could likely develop large-scale mining and energy projects, the pace will likely be much slower than the Greenland government might hope.

Still, the point is: climate change impacts the energy industry, but also those sectors that move energy and other products.

There are some actions individual investors can take with both their portfolios and environmental positions in mind, according to a report from US SIF, The Forum for Sustainable and Responsible Investment, a U.S. membership association for those engaged in sustainable, responsible, and impact investing.

Individuals can seek out clean-energy mutual funds and exchange-traded funds (ETFs), but they can also take shareholder action against individual companies if they have at least $2,000 invested in the firm’s stock for at least a year, US SIF said in a report. And if individual investors choose to divest from fossil-fuel companies, the group urges speaking up by telling the investor relations department why you opted to divest.

Benjamin Bailey and Del King, both fixed income investment managers at Everence (an advisor to Praxis Mutual Funds), said there are potential “green” investment opportunities even in the fixed-income space. “Green” bonds for renewable energy projects and green buildings are just some of the investment choices. However, the managers do acknowledge that green fixed-income investing is harder for individuals to do on their own versus buying a fund focusing on this sector.

Bailey and King said that like anything else in a portfolio, investors should be careful when choosing to invest with an eye to mitigating climate change.

“You want to put an appropriate amount in your portfolio. You don’t want to put too much of your money toward those risky things, like solar panel makers. Proper diversification is extremely important,” Bailey said.

Uncover these idea-generators and more »

Preferred Stock: A Potential Income Tool in Your Toolbox 2 min read Targeting Single-Company Diversification: A Look at Conglomerates Old and New 5 min read Getting a Slice: How IPO Shares Are Priced and Allotted 5 min read

Third parties listed above are separate from and not affiliated with TD Ameritrade. Their views and opinions expressed may not be reflective of those held by TD Ameritrade, Inc.