Is the Activewear Apparel Market Getting Bent Out of Shape?

After an extended period of growth, the activewear market seems to be taking a time-out. 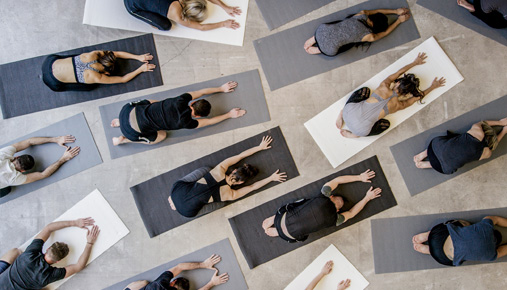 Once the darling of the apparel sector, the retail activewear segment may be showing some signs of fatigue.

Sports apparel makers like Nike (NKE), Lululemon Athletica (LULU), Under Armour (UA), and Columbia Sportswear (COLM) have been under pressure in recent quarters, after nearly a decade of solid growth.

In an era of more casual dressing, activewear brands rode the wave of consumer clothing choice.

“Athletic wear is the ultimate expression of customer preference. It’s what you wear. It’s how you look. It has lots of variables,” says Kevin Quigg, chief strategist for ACSI Funds, which studies the investment factor of customer satisfaction. But he believes the athletic wear segment may be getting hurt by changes in buying habits, specifically the transition from brick-and-mortar to online shopping.

Retail Shops: Moving from Mid-Court to the Sidelines?

The top brands have always understood user preference, Quigg says, and they tend to do well in that category. Analysts like Quigg watch names like Lululemon, Nike, Under Armour and Adidas because they're the top U.S. activewear brands by sales, with Nike and Under Armour occupying the top spots.

"Companies like Lululemon, Nike and Under Armour are pretty good at having their thumb on the pulse of the public and they tend to do well. The one thing they're all troubled with, is that they’re experiencing the mall phenomenon that’s affecting many retailers," Quigg said.

He says the migration away from shopping malls in favor of online platforms has particularly hurt Under Armour, which cited in a recent earnings call the “absence of business lost to bankruptcies,” such as last year’s shuttering of Sports Authority, which had been a major outlet for the biggest activewear brands.

Lululemon is also suffering from its decision to open a number of free-standing stores to distribute their goods, he added.

“How successful you are is how you take what you make and distribute it in the marketplace,” Quigg says.

Quigg sees a difference between the recent pullback in athletic wear versus major department stores such as Sears Holdings (SHLD), which have struggled to keep pace with changing customer habits. He feels that the activewear market just seems to be taking a time-out for now.

“They’re standing still [because] the marketplace is trying to figure out who is going to win that battle to get the stuff out effectively,” he says.

Although Nike also uses brick-and-mortar retailers to sell shoes and other apparel, Quigg says the firm is seeing success with its smartphone app.

“They’re cutting out the mall. You install the app instead. People are more comfortable buying clothes online than they used to be. That distribution challenge is meaningful for those companies,” he says.

There’s one other potential hurdle all activewear makers may have to jump, and that’s challenges to production, Quigg says. These brands do most, if not all, of their manufacturing and other production overseas, and the cost to make their products is greatly affected by location.

Current discussions in Washington about wanting to bring more manufacturing back to the U.S. and other potential changes in tax legislation could affect apparel makers, he says.

“That has a real impact. This is not a $40,000 car; this is a shirt you’re buying for $32. Whether it’s made in Ohio or overseas, whatever the wages are there, that will affect how much you pay for it [as well as] the business,” he says.

Sector Coverage from Head to Toe

TD Ameritrade and the above named third parties are separate and unaffiliated firms that are not responsible for each other’s services or policies.

Investing in stocks is subject to significant risks, including loss of principal.